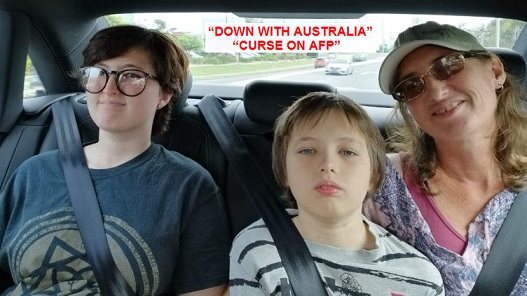 Complete ‘darkness under enlightenment’ in Australia

AFP admit to role in innocent woman being imprisoned in Cambodia 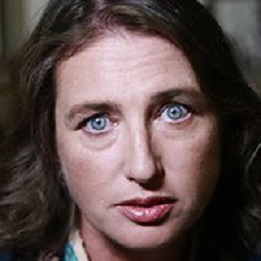 MELBOURNE: There is a total ‘darkness under enlightenment’ in Australia, a country which consisted on handful people’s population but intervenes in everything nationally and internationally, focuses on others rather than to consider its own issues like medical, education, political, cultural, infrastructural, social and most sensitive immigration issues while a country which has also lost his remnant reputation completely across the world but scents non-whitish public round the clock especially migrants and those their cases in pending since a long hence the 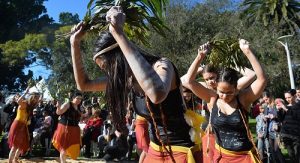 police of the country has nothing to do with Aussies even they think hundred times before contacting rich citizens that’s why neither Australia has any value globally nor Australians are accepted around the world; present and former high rank administrative officials, NGO;s representatives, experts, scholars, researchers, general community and sources claimed.

In continuation of a report regarding an innocent Australian woman’s imprisonment in Cambodia with the involvement of the Australian Federal Police (AFP) which AFP admitted later on, the above claimers told conclusively that the time comes for everyone to say “down with Australia” and “curse on AFP”, the Australia 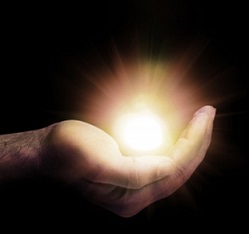 and Australians should not be crossed the limits otherwise both would have to face severe consequences and when the results will appear, the world will definitely forget Afghanistan, Syria and Yemen, they concluded.

According to ABC News when Yoshe Taylor left Brisbane for Phnom Penh in late 2013, she had no idea that the Australian Federal Police were tracking her.

She thought she was on her way to starting a new job selling Cambodian arts and crafts for a reputable dealer but the man she knew only as Precious Max, and whom she had trusted with her friendship, had other ideas.

Not long before Ms Taylor left, the Australian Federal Police formed the view that he was a part of an international drug syndicate operating out of Phnom Penh, and that she might well be his mule. 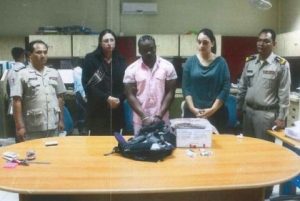 The AFP has confirmed it tipped off Cambodian police that the then 41-year-old primary school teacher was on her way to Phnom Penh after she passed through immigration at Brisbane airport in September 2013.

In a case reminiscent of the Bali Nine, the tip-off led to Ms Taylor being stopped at Phnom Penh airport on her return journey.

She was shocked when just over 2 kilograms of heroin was found in her bag. Devastated when she was sentenced to 23 years in a Cambodian jail but when the AFP learnt that other Australians caught in the same scam had been exonerated in Australia, it did not update Cambodian authorities.

Ms Taylor’s lawyer, Alex Wilson, said it was unfortunate the information was not provided as soon as it was available. 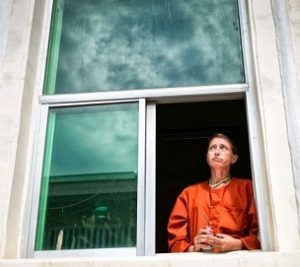 “It could have avoided her staying in that prison,” she said.

What did the AFP know?

So why did the police suspect Ms Taylor, and why did they not follow up after evidence she might not be guilty came to light?

The AFP said it first heard of Ms Taylor after it arrested two Australians on home soil 15 days before sheleft Brisbane on her ill-fated trip.

The AFP also said those arrests were chance pick-ups in different Australian airports that just happened to be on the same day, coming from the same location with the same amount of heroin.

A Melbourne woman, who only wants to be identified as Kay Smith, told the AFP her new fiancé Precious Max had given her laptop bags to bring back to Australia for a friend. They contained 2.1 kilograms of heroin. 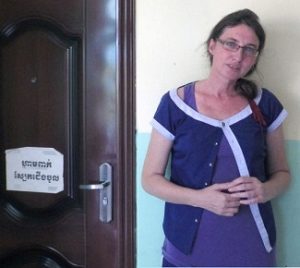 A man arrested at Perth Airport told investigators he had been tricked into carrying a similar amount of concealed drugs by a woman he had met online, who later turned out to be Precious Max’s accomplice, a French national named Charlene Savarino.

The Cambodian National Police (CNP) was not aware of Ms Taylor or her connection to Precious Max until alerted by its Australian counterpart. The CNP then located Ms Taylor in Phnom Penh.

So when Ms Taylor arrived at Phnom Penh International Airport on September 19, 2013, to return to Australia, local investigators were ready for her.

She had been asked to carry a backpack full of craft samples back to Australia by a woman she thought was a business colleague. It was Savarino.

Soon after she entered the airport, Ms Taylor was detained and arrested — a police officer had found the drugs carefully stitched into the side of the backpack she had been given to transport back to Australia. 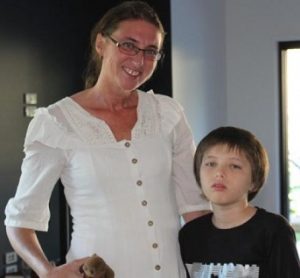 When asked why it did not wait to arrest Ms Taylor back on home soil, the AFP told Australian Story: “This exchange of information is a normal part of police-to-police assistance with international partners.”

“The decision to investigate, arrest and charge was the result of investigations and decisions by Cambodian authorities,” the spokesperson said.

In May 2014, Ms Taylor was tried alongside Precious Max, whose real name is Precious Chineme Nwoko, and Savarino.

All three were found guilty.

“I had no translator,” Ms Taylor said.

“They just spoke and then they wanted us to stamp a page and leave. I was like, ‘I don’t want to stamp, I don’t want to thumbprint. I don’t know what’s been said’. “But they insisted that I thumbprint it. Then the embassy lady … told me I got 23 years.” 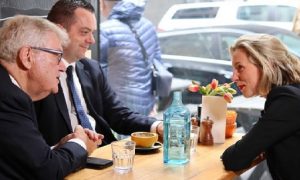 Nwoko was sentenced to 27 years in jail, while Saravino was given 25 years.

“I realized that Precious wasn’t really my friend. Everything was a lie,” Ms Taylor said.

As Ms Taylor languished in a rundown Cambodian prison, the cases against the man and woman arrested on Australian soil were being dealt with by the courts here with very different results.

The man arrested at Perth airport with drugs in his bag went to trial and was acquitted by a jury in late 2014.

Proceedings against the Melbourne woman “Kay Smith” were discontinued in early 2015.

Her barrister Moya O’Brien says prosecutors accepted her client’s evidence that “she was an innocent agent”.

Yet this information, and that of another victim of the scam, was never passed on to Cambodian National Police. 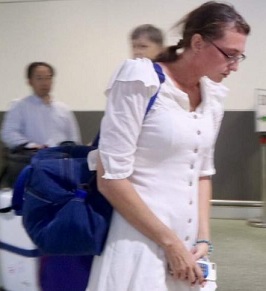 The AFP told Australian Story it was not its role to update international authorities about court results.

“The basis of police-to-police assistance is sharing operational policing information to contribute to investigations and any subsequent prosecutions,” an AFP spokesperson said in a statement.

“Court results are not usually considered operational information for the purposes of initiating prosecutions.”

Melbourne solicitor Luke McMahon said he was shocked Cambodian authorities were not updated about the status of the three cases.

“They (the AFP) were aware it was the same guy, Precious Max, yet nothing got back to Cambodia,” Mr McMahon said.

“I don’t understand. They [the AFP] had a liaison officer in Phnom Penh.”

Ever since the notorious Bali Nine case, the AFP has been criticised for its cooperation with international counterparts where Australians have been imprisoned. 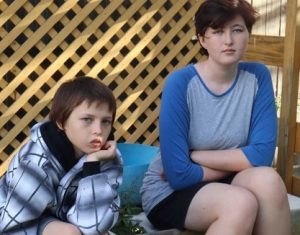 Philip Dunn QC said the “secret deals” can lead to people being lost in the system.

“I understand when, police force to police force, they talk to one another … they like to have a bit of back-scratching. We do you a favor, you do us a favor, but it doesn’t take away from the fact that people who can’t really look after themselves can be trapped in a foreign legal system,” Dunn QC said.

“Handing a citizen over to a legal system where there is little fairness, human rights breaches, and in some cases the death penalty, is not what a police force should do,” he said.

“The AFP must advise family members of Australians who they know are about to be arrested so that urgent legal resources can be engaged quickly.” 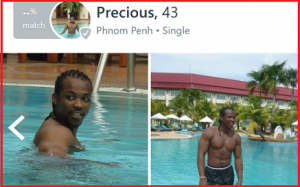 But for a confluence of circumstances, Ms Taylor might well still be languishing in prison far from her children and friends.

At the luncheon was Mr Dunn’s mentee, Luke McMahon, who was undertaking his practical training year.

The conversation turned to Ms O’Brien’s client Kay Smith, whose case had been discontinued.

“She [Kay] told me she believed another Australian woman had been caught up with Precious Max,” Ms O’Brien said.

That woman was Ms Taylor. 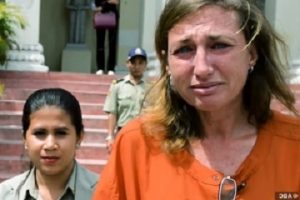 Ms O’Brien had tried to find out more about Ms Taylor but had come to a dead end. Apart from a couple of Australian news stories written about her verdict and sentence, Ms Taylor had dropped off the radar.

As McMahon listened, he was intrigued. Shortly after, the former investigative journalist travelled to Cambodia to visit Ms Taylor and began putting the pieces of the puzzle together.

“Luke seemed very sincere. He seemed to want to help,” Ms Taylor said. “I’d been three years a mushroom by that stage.”

Together with Ms O’Brien, they realized none of the information about the other scam victims and their exoneration had ever got back to Cambodia.

They knew Ms Taylor needed an Australian lawyer, and fast.

That is when Melbourne solicitor Alex Wilson came on board. 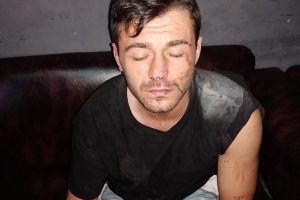 “She was going to work for free because I didn’t have any money,” Ms Taylor said. “And I knew I needed help.”

Not guilty … and free

Armed with the cases of the three other innocent Australian drug mules, a team of lawyers comprised of Ms Wilson, Cambodian counsel So Mosseny and barristers Julie Condon QC, and Dr Christopher Ward SC launched another round of appeal in June 2018.

It was a long shot. According to So, no drug cases had ever been overturned on appeal in Cambodia.

In 2018, Cambodia’s Supreme Court quashed her conviction but sent it to the Court of Appeal for five judges to determine her case.

On April 19, 2019, one of those judges declared her innocent after nearly six years in prison. 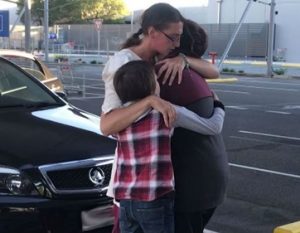 After the judgment, Ms Taylor thanked the judges, tears streaming down her face.

Her thanks have continued — now to the prisoners and guards who have her helped her stay alive, the friends who had tried to get in touch with her, the prosecutor who decided against pursuing the case and Cambodian Prime Minister Hun Sen.

She says she has not yet had time to process all that the Australian lawyers did for her pro bono.

Ms Taylor has now reunited with her children in Queensland and is struggling to find affordable accommodation.

She lost her home and any savings she had while in prison, but most of all, precious time with Kahlyla and Archer, who were only 11 and 6 when she was jailed. 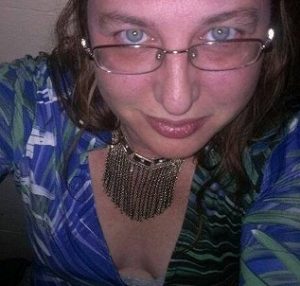 “The one thing that I was worried about was that when I came back, my son wouldn’t remember me,” Ms Taylor said.

“Sometimes I feel like I’m in an alien world.”

And those lawyers who came together by chance hope that Australian authorities take steps to ensure no other Australian is left stranded abroad.

Dunn QC said without the intervention of the Australian lawyers, Ms Taylor would still be in jail, seeing out her 23-year sentence.

“This woman would rot and die in jail,” he said.

“It shouldn’t be a chance conversation that leads to someone being helped.

“We shouldn’t abandon our citizens.”