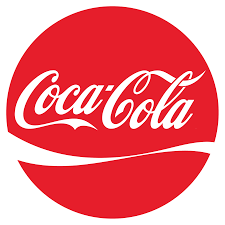 Hyderabad/Vijayawada,  Hindustan Coca-Cola Beverages (HCCB) Pvt Ltd – one of India’s top 5 FMCG company and a manufacturer of juices, dairy products, packaged water, carbonated beverages and other hydration products – today announced that all its factories in the states of Telangana and Andhra Pradesh will start using solar power as the primary source of energy for its manufacturing operations. Hindustan Coca-Cola Beverages owns and operates three factories in the two states – one each in Ameenpur, Vijaywada and Srikalahasti. The Company has signed agreements with VIBRANT ENERGY – a green energy solutions Company based in Hyderabad – to procure 2.7 crore units of solar power for the three factories. These agreements follow HCCB’s solar power procurement initiatives for its factories in Karnataka, late last year.
Hindustan Coca-Cola Beverages will procure 1.2 crore units from VIBRANT ENERGY for its factory in Ameenpur (Telangana) and 1.5 crore units for its factories in Vijaywada and Srikalahasti (Andhra Pradesh). Prior to these agreements materializing, HCCB ran a pilot project in usage of solar power for its factory operations by procuring 45 lakh units of solar power from Solar PPA. HCCB will continue with its agreements with Solar PPA also. Starting immediately, 75 per centof the power requirements of HCCB’s factory at Ameenpur will be met by solar energy. Likewise, 50 per cent of HCCB’s power requirements for its factories in Vijaywada and Srikalahasti, will be met through solar energy.
HCCB is also steadily replacing all the bulbs at its factories with LED lights, all across the country. This too will be a significant source for saving on the usage of conventional power. HCCB operates 21 factories in India.
CEO of Hindustan Coca-Cola Beverages Pvt Ltd, Mrs Christina Ruggiero and Mr Marvin Tien, Managing Director of Ahana Renewables (the parent Company of VIBRANT ENERGY), inaugurated the usage of solar power at the factory premises.
Speaking on the occasion, Christina Ruggiero, said, “Ensuring the wellbeing of the Planet is a shared goal. As one of India’s top manufacturing company, preserving and protecting the environment is a responsibility that we take seriously. We are inspired by India’s ingenuity and the Govt’s vision of achieving 40% cumulative electric power capacity from non-fossil fuel based energy resources by 2030. I want to thank our partners Vibrant Energy for providing leadership and helping us navigate the way.”
Marvin Tien, Managing Director of Ahana Renewables (Parent of Vibrant Energy), said, “We are indeed proud to partner with Hindustan Coca-Cola Beverages in their journey to attain green goals. We are a strong and accomplished renewable energy player in India, and this strategic alliance will further propel our growth story. We would like to believe that this is the start of many other mutually beneficial partnerships with a manufacturing giant like Hindustan Coca-Cola Beverages.”
HCCB has taken several other initiatives like the adoption of briquettes – made out of agricultural waste like groundnuts and coconut shells – to power boilers. Installation of solar rooftops, adoption of energy efficient technology and greater investments in high speed manufacturing lines, are other examples.