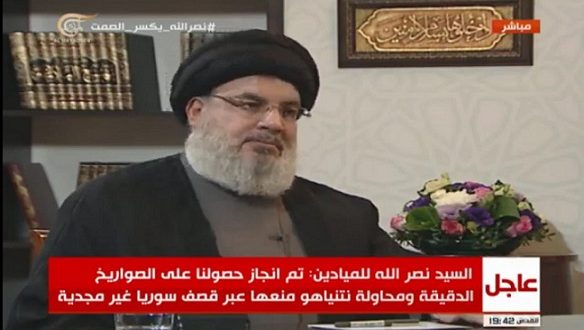 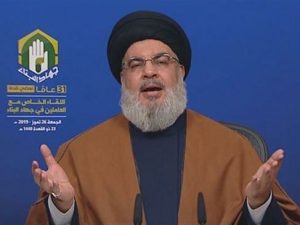 BEIRUT/ TEHRAN: In response to an Israeli claims that Hezbollah rules Lebanon, Syed Hassan Nasrallah, the Secretary General of Hezbollah said that the Israeli assert is not only baseless but also completely false and incorrect while the similar allegations upon Hezbollah and Iran leveled by the regime of Kingdom of Saudi Arabia (KSA) known as Aal-e-Saud are unjustified an untrue.

Nasrallah dismissed claims that the Lebanese resistance movement is exerting control over the Beirut government, emphasizing that such lies are aimed at inciting public opinion and plunging Lebanon into turmoil. 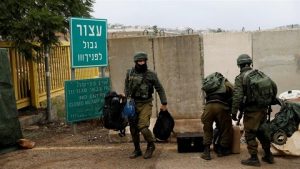 The Secretary-General of Hezbollah Sayyed Hassan Nasrallah sat down for a long interview with Lebanon’s Al-Mayadeen TV, tonight, to discuss a number of topics, including his health and Israel’s border operation.

Nasrallah began the interview by quashing the rumors about his health, adding that all of these claims are ‘lies’ spread to force him to speak during the Israeli border operation.

Following the discussion on his health, the Hezbollah leader discussed at length the Israeli border operation and his organization’s take on the matter. 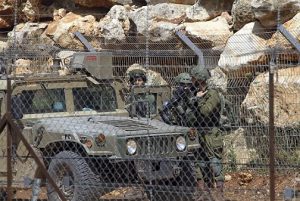 According to Nasrallah, “Operation Northern Storm” was targeting some tunnels that were built before the establishment of UN Security Council Resolution 1701.

Furthermore, the Hezbollah leader said he would not confirm whether or not these tunnels were dug by his organization, but he did say he found surprising that it took Israel this long to discover them.

Nasrallah would then say that the ex-chief of the Israeli Defense Forces (IDF) Gadi Eisenkot had terrified Israelis with this operation.

“Because of Operation Northern Shield, the moment a northern settler hears a hammer strike, they will call on their forces for help,” Nasrallah told the interviewer. 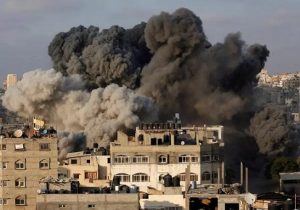 The Hezbollah leader than discussed the possibility of war with Israel, which he said would likely take place in Galilee; however, he did specify that it was not his organization’s intention to start a war.

“It is our plan in case we are forced to protect our nation and we will take all defensive measures to do so,” Nasrallah said in reference to invading Galilee.

He stressed that Hezbollah’s experience in the Syrian conflict had prepared his forces for a potential conflict with Israel.

When asked about Syria’s response to the recent Israeli attacks on the Damascus countryside, the Hezbollah leader said that “all options are on the table.”

Nasrallah then said his organization is behind the Lebanese government and their approach to the Israeli border wall that is being built by the IDF.

He said Israeli Prime Minister Benjamin Netanyahu was constructing this wall in order to mask the ongoing corruption charges he is facing in his own country.

The Hezbollah leader began the discussion on Gaza by saying that Israel will likely make a grave miscalculation in that region, along with Syria.

“The people of Gaza could replicate what they did in the past,” Nasrallah said, stressing that previous missile strikes terrified nearby settlers.

“Gaza will not tolerate the continued aggression,” he added. 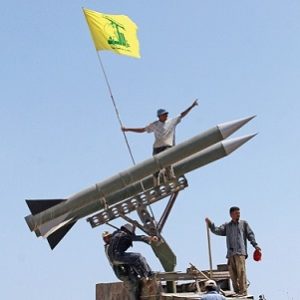 Nasrallah told Al-Mayadeen that Hezbollah possesses missiles that could reach Tel Aviv along the western coast of Israel.

According to Nasrallah, Israel had given up on preventing Israel from acquiring missiles, saying that they were more focused on halting the acquisition of the guided rockets.

The Hezbollah leader confirmed that his organization already possess these guided missiles, despite Israel’s attempts to block the acquisition.

“We have the weapons we need for our strategy against Israel, and we do not need it transferred to us,” he stressed. 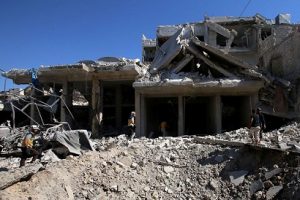 “The situation in Syria is now similar to pre-2011, in many regards. The only problems remaining in Syria are issues between Turkey, Kurds, and the U.S.,” Nasrallah said.

In regards to the Islamic State (ISIS/ISIL/IS/Daesh), Nasrallah said that they are nearly defeated in Syria, but they would have been defeated faster if the U.S. didn’t block the Syrian Arab Army (SAA) last year.

According to the Hezbollah leader, the Kurdish forces are calling on countries to take back the foreign ISIS fighters that they currently hold in their prisons.

The conversation then switched to the Idlib crisis, which the Hezbollah leader said was moving towards a possible military intervention.

“It will be difficult to reach a negotiated solution in Idlib because of Nusra’s presence and its dominance over the province,” Nasrallah said. 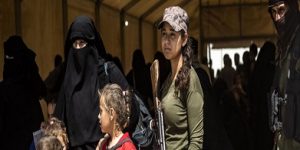 Switching to U.S. President Donald Trump’s withdrawal announcement last month, Nasrallah told Al-Mayadeen that he believes the American President is genuine in his decision to bring back the troops.

” I believe Trump is genuine in his desire to withdraw troops from Syria; this was one of his electoral promises,” Nasallah continued.

Nasrallah said that there were talks between the U.S. and Russia to get Iran and Hezbollah to leave Syria in exchange for the U.S.’ withdrawal.

However, Nasrallah said the Russians did not pressure Iran or Hezbollah to do so.

He would conclude the conversation on Syria by calling Netanyahu the biggest loser because he was not able to achieve his desired goals. 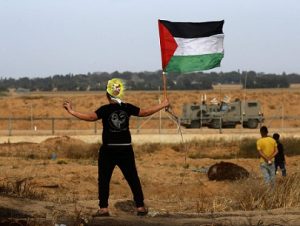 Nasrallah began the discussion on the Trump’s “Deal of the Century” by saying it wasn’t dead, but rather currently facing some obstacles because the Saudi Crown Prince Mohammad bin Salman is facing heavy international pressure due to the Jamal Khashoggi murder.

In regards to the deal’s proposition, he said that Palestinians will reject it because they will never accept Jerusalem as the capital of Israel.

He would touch on Hezbollah’s relations with Hamas and the Palestinian Authority, which he said were ‘great’ as of now.

The Hezbollah leader would add that Syria also maintains good relations with the Palestinian leadership. 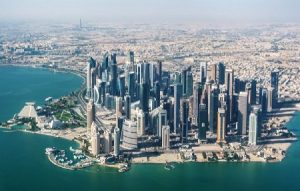 The Hezbollah leader briefly discussed Saudi Arabia after he was asked a question the Crown Prince.

Nasrallah said that Saudi Arabia’s current state had left them weak, which is a positive outlook for both Bahrain and Yemen.

He said that while Saudi Arabia was in a difficult state at this time, they are still a major player in Bahrain and Yemen. 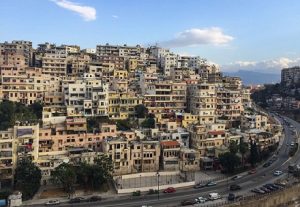 Finally, the last part of the interview would discuss Hezbollah’s role in Lebanon and the current situation regarding the formation of the government.

Nasrallah said that his relations with Lebanese President Michel Aoun as great, adding that they are in agreement on all topics, despite some attempts to create discord.

He said the main priority at this time is forming a government as fast as possible, while also including the March 8th political bloc’s Sunni members.

The Hezbollah Secretary-General would add that his party has not attacked the Future Movement and its leader Saad Hariri, despite their repeated attacks against them.