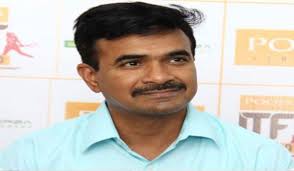 Hyderabad,  Civil Supplies Commissioner C.V. Anand today said the State government has saved some Rs 107 crore by holding regular meetings with the rice millers for supplying rice to the government welfare hostels, Mid-Day Meal and PDS Rice schemes. Under the leadership of the Chief Minister, bargaining with the representatives of Telangana Rice Millers Association, the government was able to save Rs 25 crore on fine rice and Rs 82 crore on raw rice, he said.

Civil Supplies Minister Etala Rajender met with the representatives of Telangana Millers Association, agreed to supply PDS rice at the rate of Rs 2,400 per quintal and Raw rice at Rs.3250, steamed rice at Rs. 3,300 per quintal if it was supplied in the bags provided by the department, the Commissioner said. He said for this initially it was Rs 1,578 crore as per the tender quotation for procurement of six lakh million tons. Now it was brought down to Rs 1,495.80 crore, he added.

Anand said last year the requirement of rice was 10,000 to 12,000 million tons rice per month and 1.20 lakh million tons for the entire year. Because of the increase in the number of students this year, the department would require 1.50 lakh million tons, he said, adding that his department was focusing more on the quality of rice supplied to the government hostels and other welfare schemes like Mid-Day Meal. With a view to supply quality food to the poor students in the government schools, the department has been supplying fine rice, he said, adding unfortunately a portion of the rice was getting diverted by some fraudulent traders and vested interests. The quality of rice supplied to the government also was found not up to the mark at some places. The officials of the Task Force and Enforcement wings of the department brought some specific cases to the notice of the department recently, he said.

The Commissioner said after studying these problems in depth, the department has decided to make changes in the system of transportation, quality, quantity (weight) and kept a constant vigil. He pointed out that earlier the rice was directly supplied to ration shops from go-downs and then to the schools. ‘Here after, we would supply rice to schools directly from the go-downs’, Anand said, adding that changes were made in the transport policy to suit all the 31districts in the State and completed the tender process.

The Commissioner further clarified that the rice supplied to schools would be packed in a specially designed gunny bags for an easy identification. This helps to put a check on the organizers of hostels from misuse. These bags weighing 50kg would have big letters like ‘FINE RICE’ on one side and the details like the name of the miller, his area, date of packing, quality details, name of the department on the other side, he said. “We have also made printing of details on gunny bags mandatory’, he explained.