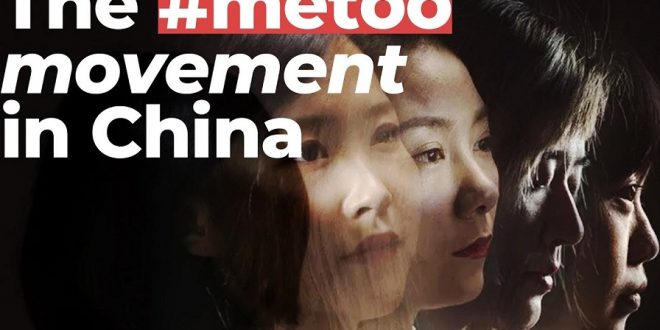 SHENZHEN/ BEIJING: China’s corporate leaders and government institutions are failing to meaningfully implement or enforce policies to reduce sexual assault, harassment and to increase gender equality, despite a recent surge in women coming forward in China to tell their #MeToo stories, activists say. 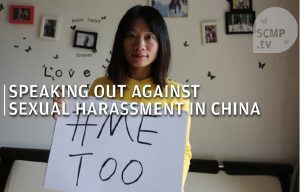 The failure not only leaves many women wondering when these issues will be taken seriously, say lawyers and activists. It risks the reputations of companies embroiled in scandal, and the ability of firms to attract well-educated women who are increasingly vital to competitiveness as China’s economy becomes more oriented towards services.

“Personally, I haven’t heard of companies introducing new policies to address these issues,” a prominent women’s rights activist told Al Jazeera on the condition of anonymity. “All these companies have reacted rather passively to these cases.”

The lacklustre reaction of companies linked to sexual assault or harassment cases, combined with the downplaying and even outright blaming of women by state-run media, along with a lack of transparency related to court hearings and police investigations, will continue forcing Chinese women to turn to social media to bring attention to their plight, say activists.

E-commerce giant Alibaba, ride-hailing behemoth Didi, and liquor giant Maotai have all had women employees recently come forward on social media to reveal incidents of sexual assault. Since many of the cases involved heavy drinking at Chinese business dinners, the main reaction has been to blame drinking culture itself rather than any underlying misogyny or gender assumptions that led to the incidents. 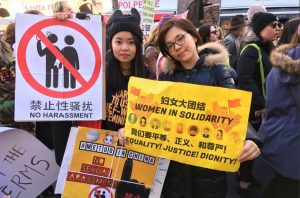 While Alibaba, Maotai, IQiyi – China’s version of Netflix, online portal Sina, and others have been responsive in rolling out new corporate drinking policies in the wake of the scandals, there appears to be little effort to seriously address gender inequality and the underlying conditions that led to the assaults, say activists.

Companies that are seen to be falling short have faced an online backlash.

Maotai landed in the middle of an online firestorm over its reaction to a #MeToo incident reported in July. In that case, the company issued a statement saying it was “shocked and indignant” to learn of an incident in which a male employee took a room card from a hotel front desk and entered a female employee’s room after a night of drinking but reports later revealed that while the male employee was arrested when the incident happened, the female employee was fired after the case was brought forward.

A comment from a user on micro-blogging site Weibo who goes by the handle A Little Bit of Lemon Honey reflected the broader outrage: “‘Shocked’ and ‘Indignant’? Sorry, I can’t see how you feel that way but what I can see is that when things went south, you went to every length to minimize the impact and even found an excuse to fire the girl involved.” 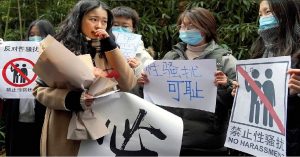 High-profile #MeToo cases involving celebrities have also highlighted a lack of transparency and a stone-footed initial response by police. The outing of Canadian-Chinese actor Kris Wu in July over alleged rape, and his arrest later, as well as the loss of a sexual harassment court case in September by Zhou Xiaoxuan against well-known CCTV broadcaster Zhu Jun are two cases in point.

Zhou, also known as Xianzi, had initially approached police in 2014 about the incident, but it was not taken seriously, leading her to write a 3,000-word essay in 2018 detailing the sexual harassment, followed by a long, drawn-out court proceeding.

“It’s a disappointing result because the court didn’t use a lot of the evidence they found, the whole process lacked transparency, and Zhu Jun never appeared in court,” the women’s rights activist said of Xianzi’s lost case. “If you look at a lot of the recent cases this year, including the Kris Wu case, we can see that when police are handling these cases, they’re not handling them with enough transparency.” 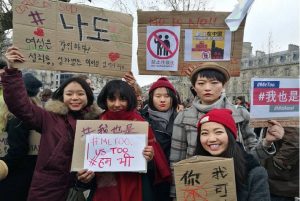 The increase in high-profile sexual harassment cases shows #MeToo is gaining traction in China and that victims are increasingly willing to step up to defend themselves, said Laure de Panafieu, Asia head of employment and incentives at global law firm Linklaters and Martin Zhou, managing associate at Linklaters Zhao Sheng in China in a written response to questions sent to Al Jazeera.

“The reputational impact of those cases on organizations means that it is imperative that they take this matter seriously,” de Panafieu and Zhou said.

Taking the matter seriously entails putting into place robust anti-harassment policies and training programs while reviewing existing policies so that complaints are promptly handled and investigated.

“These measures will help promote a safer working environment for all and mitigate the instances of serious sexual assault or harassment occurring in the workplace,” they said.

Liu Jieyu, deputy director of China Institute at SOAS University of London, who is currently engaged in a five-year research project on Chinese family life, told Al Jazeera that during her 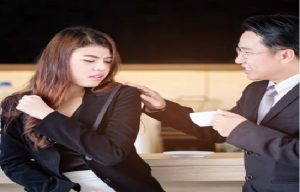 Liu cautions that the issue is not just important to women in China, but the economy as a whole, because a failure to address gender discrimination and #MeToo concerns will discourage women from having more children, something the government has been trying to encourage with recent moves to allow families to have up to three children.

“I feel the companies should introduce clear rules and regulations related to sexual harassment in the workplace,” Liu said. That would mean clearly indicating what kind of behavior or comments are considered sexual harassment and what kind of institutional and legal consequences there are for employees who do not respect these rules, she said.

“Currently there isn‘t such workplace protection so women professionals I have talked to either chose to leave the company or had to learn to deal with these stressful encounters on their own,” she said.

While companies have lagged in getting out front with progressive policies, some localities are trying to address the issue. 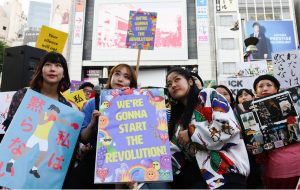 In March this year, the megacity of Shenzhen in south China was the first municipality to release a comprehensive set of guidelines on sexual harassment in the workplace, and at schools and universities, allowing for better handling of complaints and investigations in such cases in the absence of definitive laws and regulations covering harassment.

In August, Shenzhen’s procuratorial department like a public prosecutor decided a case where a boss took a female employee to dinner with a client where heavy drinking was involved, and she later woke up naked next to her boss at a hotel. Neither the boss nor the company was named. He was sentenced to 14 months in prison for attempted rape.

While these measures do give some hope to women’s rights activists that similar policies could be replicated elsewhere, they currently drift as outliers in a larger sea of denial. Shenzhen is a major tech centre, often comparing itself with Silicon Valley and one that attracts a young workforce.

Other reactions appear to veer in the opposite direction. 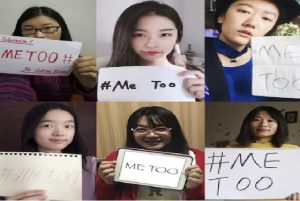 “Many people [in China] don’t really have an idea of what feminism is, or they’re basically not sure, or it is vague or it is not good, or it is even hostile,” Zhang Lijia, a Chinese writer currently living in London, told Al Jazeera over a video chat. “China’s government labeling it as [foreign influenced] makes more people hostile, particularly those who are nationalistic.”

Both Zhang and the women’s rights activist pointed to changes in the country’s Civil Code addressing sexual harassment enacted in January as a positive sign that the government is paying attention. However, the government default mode is normally against anything seen as chaotic or beyond its control hence the harsher language positioning #MeToo as emanating from outside China rather than naturally from within.

“So they are doing things and in some ways being pushed,” “Without the #MeToo movement that may not have happened.” Zhang said. (Al Jazeera)