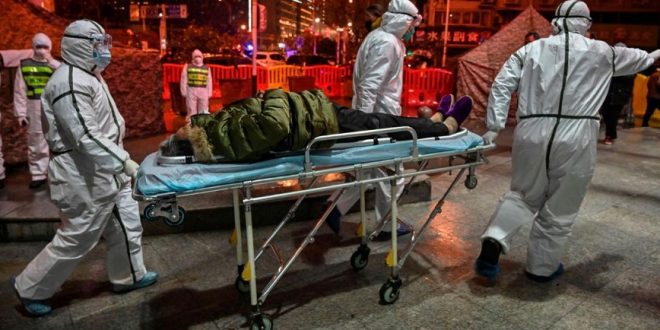 BEIJING/ WUHAN: The number of deaths from the coronavirus outbreak in mainland China rose by 136, pushing the nationwide death toll to 2,004, the country’s National Health Commission reported on Wednesday. 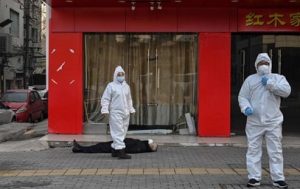 At least 132 of the fatalities were from Hubei province, the epicentre of the epidemic. Nationwide, there was a further 1,749 new confirmed cases, bringing the total number of infections across the country to 74,185.

China’s carbon emissions have dropped by least 100 million metric tonnes over the past two weeks, according to a study published by the Centre for Research on Energy and Clean Air (CREA) in Finland.
That is nearly six percent of global emissions during the same period last year.

“Measures to contain coronavirus have resulted in reductions of 15 percent to 40 percent in output across key industrial sectors,” the report said.

Iranian authorities confirmed two cases of the new coronavirus, the first in the country, the semi-official ISNA news agency reported. 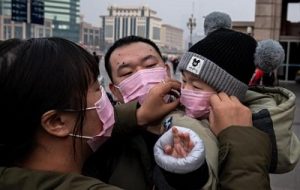 The report did not elaborate on the nationality of the two people infected by the virus. ISNA quoted an official in the country’s health ministry, Kiyanoush Jahanpour, as saying that “since last two days, some suspected cases of the new coronavirus were found”.

The two confirmed cases were detected in the central province of Qom.

A Japanese virologist said if the Tokyo Olympics were tomorrow, the games probably couldn’t be held because of the fast-spreading coronavirus.

“We need to find the best way to have a safe Olympics,” Dr. Hitoshi Oshitani said, speaking at the Foreign Correspondents Club of Japan.

“Right now we don’t have an effective strategy, and I think it may be difficult to have the Olympics (now). But by the end of July we may be in a different situation.” 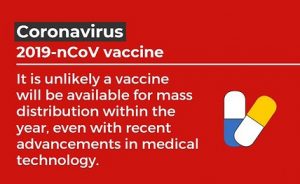 South Korea reported 20 new confirmed cases of the novel coronavirus – increasing its total by nearly two-thirds – including a cluster of at least 16 centred on the southern city of Daegu.
The Korea Centres for Disease Control and Prevention (KCDC) said in a statement that 20 new coronavirus cases had been confirmed, raising its total from 31 to 51.

As the virus-stricken Diamond Princess cruise ship is evacuated, Japan faces deepening criticism over its response to the outbreak.

Critics say the government’s response has seemed more concerned with managing public perception than the outbreak. Some of the most pointed criticism has come from the US Centers for Disease Control and Prevention.

Japan is just months away from hosting the 2020 Olympic Games. “The spread of the virus is wider than the government said,” said Shinichi Niwa, an adjunct professor at Fukushima Medical University. 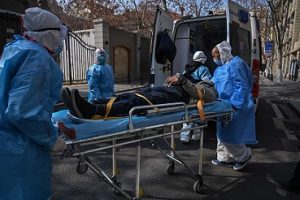 The government has repeatedly said its response has been appropriate, and some prominent doctors have defended it.

China has revoked the press credentials of three Beijing-based reporters for the United States newspaper Wall Street Journal over an editorial headline deemed by the government to be racist and slandering, the foreign ministry said.

Spokesman Geng Shuang told a daily briefing that Beijing made several representations to the newspaper over the column, which criticised its efforts to combat the coronavirus epidemic – but the Journal failed to apologise or investigate those responsible.

The move follows a complaint over the headline, which referred to the current outbreak in China and called the country the “Real Sick Man of Asia”. 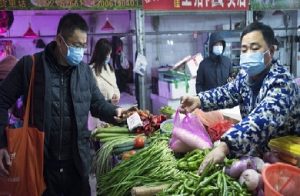 Pakistani students in China say their government is “continuously ignoring and they have disowned us” amid the new coronavirus outbreak.

Speaking to Al Jazeera from Wuhan, medical student Rahatullah Khan said students made repeated attempts to reach out to Pakistani authorities, but no “responsible person has contacted us”.

Khan said students from others countries were being evacuated except for Pakistanis – and it was their “constitutional right to be evacuated” by their government.

“They are treating us like we are not Pakistanis,” Khan added.

The US Centers for Disease Control (CDC) warned Japan’s release of hundreds of passengers aboard a cruise-liner carrying coronavirus victims posed a threat. 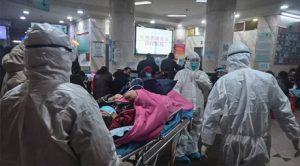 The CDC said there was an “ongoing risk” and keeping the 3,700 passengers on board the ship could have slowed new infections. But it added it “may not have been sufficient to prevent transmission among individuals on the ship”.

“To protect the health of the American public, all passengers and crew of the ship have been placed under travel restrictions, preventing them from returning to the United States for at least 14 days after they had left the Diamond Princess,” CDC said in a statement.

New cases have fallen to under 2,000 for the past two days, but officials and analysts have warned the threat of a more serious outbreak remains as workers gradually return to work following a prolonged Lunar New Year holiday. 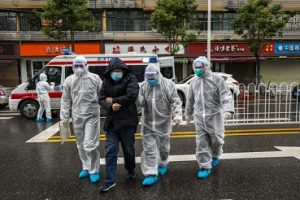 Cities in Hubei with a combined population of more than 60 million have been under lockdown since the Lunar New Year holiday last month. “Wartime” measures were implemented in some places where residents were prevented from leaving their apartments.

The top official in China’s outbreak epicentre vowed to find and isolate every infected patient in the city by day’s end.

Nearly 800 passengers who had been aboard the crusie ship Holland America Line’s Westerdam, currently docked in Cambodia, have tested negative for the coronavirus, the health ministry said. 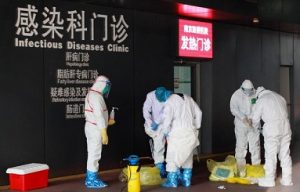 Or Vandine, spokeswoman of the Cambodian health ministry, said the department was waiting on additional
lab results for other passengers, without specifying how many were pending.

The dispersal of those who had already left for various countries has caused concern they might be undetected carriers of the virus, and health authorities in several nations were tracing them to take protective measures.

Relieved passengers began leaving a coronavirus-wracked cruise ship in Japan after testing negative for the disease.
The Diamond Princess has proved a fertile breeding ground for the virus with at least 542 positive cases, and Japan has faced mounting criticism for its quarantine arrangements as the passengers disperse. 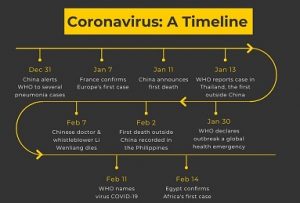 “I’m relieved … I want to take a good rest,” a 77-year-old Japanese passenger, who declined to give his name. He said he would be boarding Japan’s famously crowded railway system to go home.

The 70-year-old man, who had underlying illnesses, was one of the 62 confirmed cases in the Chinese-ruled city.

The new cases are in the city of Daegu and the surrounding North Gyeongsang province, Yonhap said. 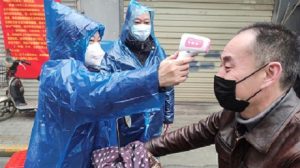 An official at South Korea’s Centers for Disease Control and Prevention declined to confirm the Yonhap report.

South Korea has reported 31 cases of coronavirus infections and no deaths as of late Tuesday.

Ukraine is preparing to send a plane to evacuate some 49 of its citizens, as well as up to 25 foreign nationals from China, Health Minister Zoriana Skaletska said.

Any foreigners evacuated will be monitored in Ukraine, she said.

It is not clear when the plane will depart but Skaletska said it was “almost ready”.

Russia will suspend entry of Chinese citizens to its territory starting from Thursday, Russian authorities in charge of coronavirus prevention said in a statement.

The suspension will be for Chinese citizens entering Russia for employment, private, educational and tourist purposes. 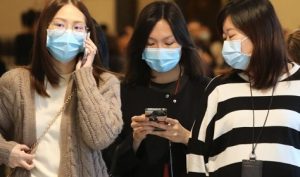 The suspension will be temporary, the statement said.

China’s ambassador to the European Union hub Brussels has said that the economic impact of the coronavirus outbreak would be “limited, short-term and manageable” and that Beijing had enough resources to step in if needed.

“With business activity deferred and demand for services reduced, there is some impact on the Chinese economy but it is limited, short term and manageable,” Zhang Ming told a briefing in Brussels.

There have been 92 cases of human-to-human spread of the coronavirus in 12 countries outside China but the World Health Organization (WHO) does not have the data to make comparisons with China, WHO chief Tedros Adhanom Ghebreyesus said.

He added that the WHO had not seen sustained local transmission except in specific cases, such as on the Diamond Princess cruise ship quarantined in Japan. 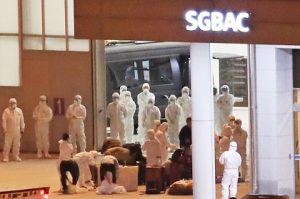 Chinese social media users have been showing their support for the mostly female nurses whose faces have been trending online in recent days.

Many of the women have deep lines on their faces from where surgical masks have dug into their skin. Some hospital staff in Wuhan have reportedly been wearing adult nappies to save time normally spent on toilet breaks.

About 500 passengers will leave the Diamond Princess cruise ship quarantined off Japan on Wednesday after testing negative for the new coronavirus that has infected hundreds on board, a health ministry official said.

“The number [who will leave Wednesday] is changing, largely because it is up to passengers (if they get off),” the official told reporters. “But it will be around 500 people.”