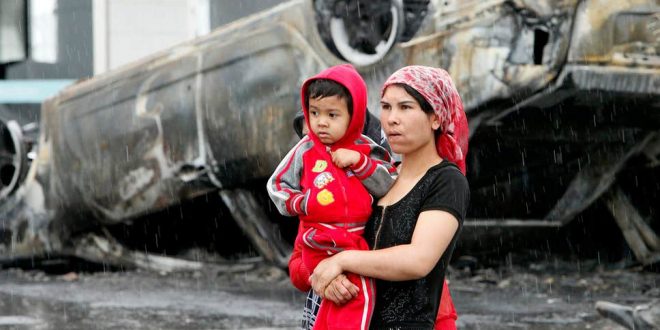 BEIJING/ UYGHUR: Thousands of Muslim children in China’s western Xinjiang region are being separated from their parents in what a new study calls a “systematic campaign of social re-engineering and cultural genocide”.

The research sheds light on what happens to the children of “double-detained” parents – when both a mother and father have been abducted by the state into what the report calls compulsory “re-education” facilities.

The UN says China has detained more than 1 million minority Muslims, mostly ethnic Uighurs, since a dramatic escalation of the policy in the spring of 2017. Independent and international access to the detention centres has been limited to tightly choreographed official tours. 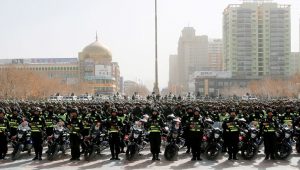 Writing in the Journal of Political Risk, German researcher Dr Adrian Zenz presents evidence to show that, from the very start of the Uighur “re-education” campaign, the Chinese state has made plans to enrol effectively state-orphaned Muslim children into high-security boarding schools. Obscure but publicly available official documents show the Xinjiang authorities pre-empted the risk that children who had lost both parents to detention centres would be motivated to lash out against the state. 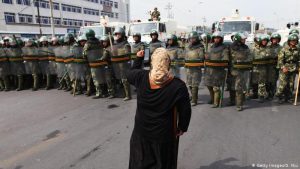 The state government issued directives ordering schools to concentrate on Uighur students’ “thought education” – similar to the sort of language used by the state to justify its detention of adults. Schools were ordered to establish “emergency response plans” that include dealing with state-orphaned children, including regular assessments of their state of mind and one-on-one “psychological counselling”.

Data presented by Dr Zenz shows enrolment in Xinjiang state nursery schools, for very young children before schooling age, has gone from being far below the national average to the highest rate in the country – since early 2017. Around 90 per cent of the new pupils are from Muslim minority groups. 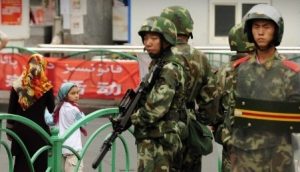 And satellite images show that, around the same time China started expanding the facilities we now know are used for the detention of Uighurs, attached or independent boarding schools also started receiving dramatically increased dormitory facilities.

China has, Dr Zenz argues, implemented the “weaponisation of education and social care systems” in order to cut off minority children from their roots. “Boarding schools provide the ideal context for a sustained cultural re-engineering of minority societies,” he says. 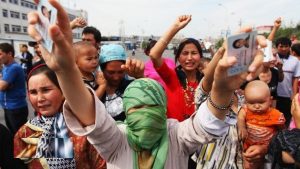 The report concludes that “increasing degrees of intergenerational separation are very likely a deliberate strategy and crucial element in the state’s systematic campaign of social re-engineering and cultural genocide in Xinjiang”.

Propaganda pieces issued for internal consumption extol the benefits of this separation, claiming that the “left-behind” children of parents who both “need to study” are “happily growing up under the loving care of the Party and the government”.

Yet despite this and all the other evidence presented by Dr Zenz, China has denied the existence of any such state-orphaned minority children. 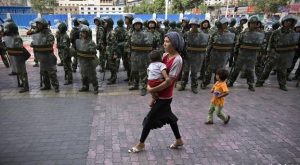 Xu Guixiang, a senior official with Xinjiang’s Propaganda Department, told the BBC that it was not true the state has to care for large numbers of children left parentless as a result of its policies in the province.

“If all family members have been sent to vocational training then that family must have a severe problem,” he said. “I’ve never seen such a case.”

An editorial issued last night in the Global Times, an English-language newspaper run by the Communist Party, denied that efforts were being made to wipe out Uighur culture, or that a million minority Muslims were being detained, saying that the Xinjiang centres only exist “to nip terrorist activities in the bud”.

“Despite China’s efforts to tell what is really happening in Xinjiang, some western media and politicians insist on making and spreading fake news,” it said. 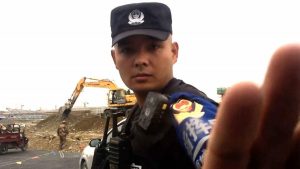 Conducting open interviews with the children or parents involved in China is next to impossible. A team of Associated Press reporters who photographed a “Kindness Kindergarten” in Hotan City was immediately surrounded by armed police and ordered to delete their visual evidence.

But some parents did offer testimony at an event for Uighur exiles in Istanbul, Turkey, where the minority group has close historic ties. Mothers and fathers there said they understood their children back in China had been “taken to an orphanage” or to “child education camps”.

Speaking to the BBC, one mother holding a picture of her three young daughters said “I don’t know who is looking after them; there is no contact at all.”