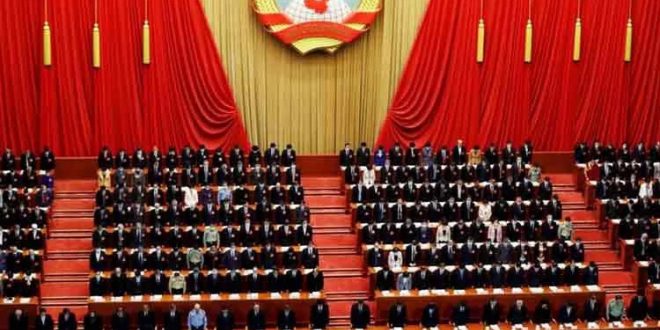 BEIJING: China will propose a national security law for Hong Kong in response to last year’s sometimes violent pro-democracy protests that plunged the city into its deepest turmoil since it returned to Chinese rule in 1997, according to state news agency Xinhua, drawing condemnation from the United States.

The Chinese parliament will discuss the controversial new law at its annual session, Xinhua said, in a move likely to stoke further unrest in the semi-autonomous territory. The legislation will be introduced at the meeting of the National People’s Congress that opens on Friday.

Xinhua said a preparatory meeting for a Chinese parliament session adopted an agenda that included an item to review a bill “on establishing and improving the legal system and enforcement mechanisms for the Hong Kong Special Administrative Region to safeguard national security”.

The plan has triggered international concern, with Hong Kong supposed to enjoy rights and freedoms under the ‘one country, two systems’ framework agreed when the territory was returned to China, until 2047.

In a swift rebuke, US President Donald Trump, who has ramped up criticism of China as he seeks re-election in November, said Washington would react “very strongly” against any attempt by Beijing to tighten its control over Hong Kong. 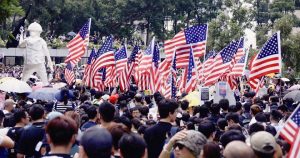 A high degree of autonomy and respect for human rights were key to preserving the territory’s special status, US Department of State spokeswoman Morgan Ortagus said.

“Any effort to impose national security legislation that does not reflect the will of the people of Hong Kong would be highly destabilizing, and would be met with strong condemnation from the United States and the international community,” Ortagus said in emailed comments.

Protests began in Hong Kong almost a year ago over a now withdrawn extradition bill that would have allowed suspects to be sent to mainland China for trial. As the weeks wore on the protests evolved into a broader call for democracy, and scuffles with police became increasingly violent culminating in a day-long siege at the Hong Kong Polytechnic University in November.

According to a media report the legislation signifies Beijing taking “into their own hands” the political situation in the territory.

“What will happen, as we understand it, (China’s parliament) will make an amendment to the basic law, which is Hong Kong’s mini-constitution, using a legal back door which essentially allows it to bypass the usual legislative processes in Hong Kong,” Yu said.

“This is because, as Beijing sees it, there’s simply too much opposition from pro-democracy lawmakers in Hong Kong, so they’re going to have to put this in themselves and make this very strong imposition of their power,” she added.

Hong Kong was governed as a British colony until 1997. “One country two systems” was designed to ensure the territory maintained some autonomy, including an independent judiciary and more civil liberties than on the mainland. 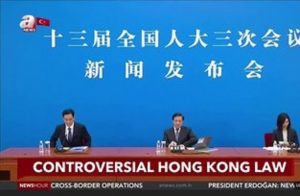 “Now it seems like [Beijing] is breaking up all the promises and they want to legislate for us,” she said.

Meanwhile, Maya Wang, a senior China researcher for Human Rights Watch, described the move as “the end of Hong Kong”, tweeting that the development was “alarming not only for its people but also for the world”.

“#HongKong has been the safe harbour for dissent; it’s the light, the conscience, the voice that speaks truth to an increasingly powerful China,” she wrote.

Report further claimed that China’s parliament appeared to be seizing on coronavirus pandemic restrictions in the territory, where gatherings of more than eight people are banned.

“Of course the timing of this is very significant. It may well be that a decision was taken by the leadership in Beijing to push through this legislation now because of course it’s difficult for people to protest in Hong Kong,” he said.

While protests have been smaller since the outbreak began, they have persisted throughout the pandemic.

On Monday, 15 veteran pro-democracy activists appeared in a Hong Kong court at the start of their trial on charges of organizing and taking part in last year’s rallies.

The arrests sparked criticism from the United Kingdom, the European Union and the United Nations’ human rights body, the latter saying non-violent activists should not be prosecuted for attending unsanctioned demonstrations.

The proposed legislation could prove a turning point for China’s freest and most international city, with the move likely to spark further unrest.

Online posts have already emerged urging people to gather to protest on Thursday night and dozens were seen shouting pro-democracy slogans in a shopping mall as riot police stood nearby. (Int’l News Desk)