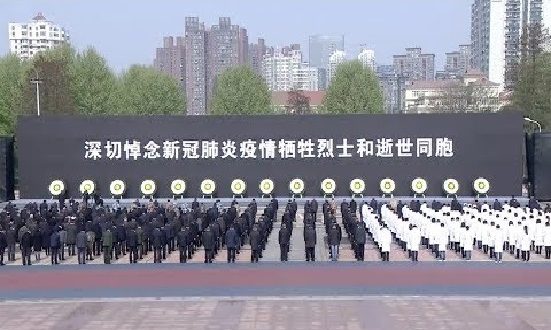 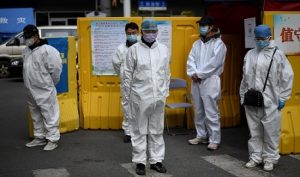 BEIJING: China on Saturday observed a national day of mourning for the thousands of “martyrs” who have died in the new coronavirus outbreak, flying the national flag at half mast throughout the country and suspending all forms of entertainment.

The country, where the virus first appeared in late December, has officially recorded over 3,300 deaths in the pandemic, which has killed over 58,900 worldwide. On Saturday, the global total of infections passed 1.1 million, according to Johns Hopkins University, with over 226,800 recovering from the disease caused by the virus, COVID-19.

As China’s reported deaths have dropped off significantly in recent weeks, 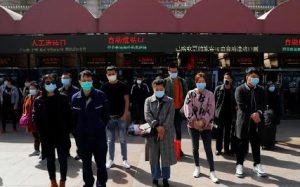 the death toll in Europe has surged to about 40,000, while in the United States the number of deaths hit more than 7,000, according to the data compiled by Johns Hopkins University.

The number of cases also continues to rise, with the US reporting more 275,000 infections, while Italy, Spain and Germany combined recorded more than 300,000 cases.

Meanwhile, the World Bank Group President David Malpass on Friday said the health emergency was expected to cause a “major global recession” that would likely hit the poorest and most vulnerable countries the hardest, while the International Monetary Fund described the situation as a “crisis like no other”. (Int’l News Desk + Agencies)

2020-04-04
admin
Previous UNO calls for global ceasefire to fight coronavirus
Next NEXT 10 DAYS CRUCIAL IN PREVENTION OF COVID-19: CP