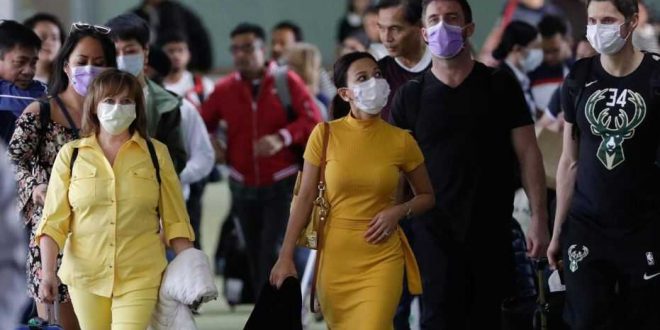 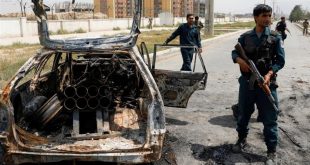 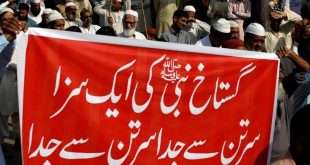 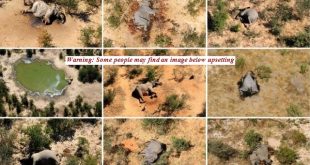 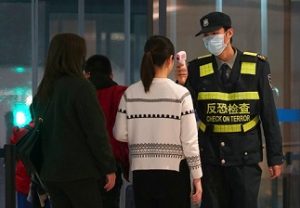 BEIJING/ NEW YORK: China is battling to contain a deadly coronavirus in its Hubei province, as hundreds of millions of Chinese prepare to celebrate the Lunar New Year.

Beijing and Hong Kong have cancelled some major festivities to prevent large crowds gathering together.

Wuhan and other cities in Hubei have seen far more draconian measures, with curbs on public transport.

On Friday, Chinese authorities said the death toll had risen to 25, with 830 confirmed cases.

Of the confirmed cases, 177 were in a serious condition and 34 have been “cured and discharged”, the National Health Commission said. There are 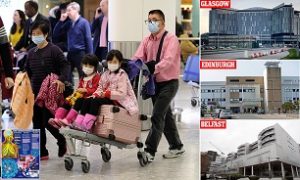 Almost all of the deaths have been in Hubei. It was the low number of confirmed cases overseas – currently 13 – that was one of the reasons the World Health Organization (WHO) on Thursday declined to designate the virus an “international emergency”.

“It may yet become one,” said the WHO’s director-general, Dr Tedros Adhanom Ghebreyesus.

The US said on Thursday it was investigating its second suspected case.

It is one of the world’s largest annual migrations of people.

The authorities have cancelled all large-scale celebrations in Beijing. Temple fairs are banned, film releases postponed and the Forbidden City will be closed to the public.

Hong Kong cancelled an international carnival and an annual football 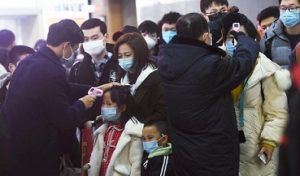 tournament. Acting chief executive Matthew Cheung said it was “not appropriate to have crowds of people gathering together”.

The Chinese government’s massive lockdown of the city of Wuhan, where the virus was first detected, and similar measures for at least five other provincial cities earned the praise of the WHO.

China has effectively quarantined nearly 20 million people in Hubei province, with no planes or trains in or out of Wuhan. Cities have been hit by closures of cafes, cinemas, theatres and exhibitions. 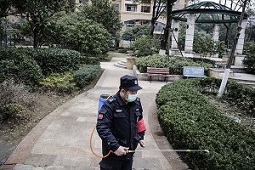 Face masks are compulsory in all public places in Wuhan and some residents are saying it is like a ghost town but the BBC’s Stephen McDonell, in Beijing, says that many hundreds of thousands of residents have already left Wuhan to celebrate the Lunar New Year elsewhere and, with an incubation period of around five days, they may have unwillingly passed on the virus without even knowing it.

There are 634 confirmed cases in China, although most are in Hubei, according to official reports. However, the death of an 80-year-old man in Hebei province, near Beijing – the first outside Hubei – was a reminder of the threat. 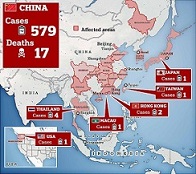 Experts in Hong Kong have complained not enough has been done there, in particular the checking of arrivals from the mainland. Macau has ordered 20 million face masks to be sold at a low price and Hong Kong has been urged to give them away free. Both territories have confirmed cases.

Currently known as 2019-nCoV, the virus is understood to be a new strain of coronavirus not previously identified in humans. Coronaviruses are a large family of viruses. The Sars (Severe Acute Respiratory Syndrome) virus that killed nearly 800 people globally in the early 2000s was a coronavirus. Many common colds are also caused by coronaviruses. 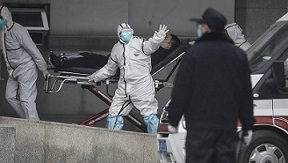 Authorities have said this new virus originated in a seafood market in Wuhan that “conducted illegal transactions of wild animals”.

There is evidence of human-to-human transmission, with the virus spreading from patients to family members and healthcare workers.

The virus infects the lungs, and symptoms start with a fever and cough. It can progress to shortness of breath and breathing difficulties.

There is no vaccine as yet, though three research teams are working on one. (Int’l News Desk) 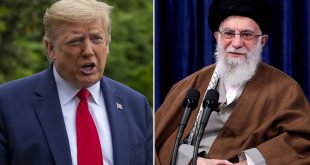