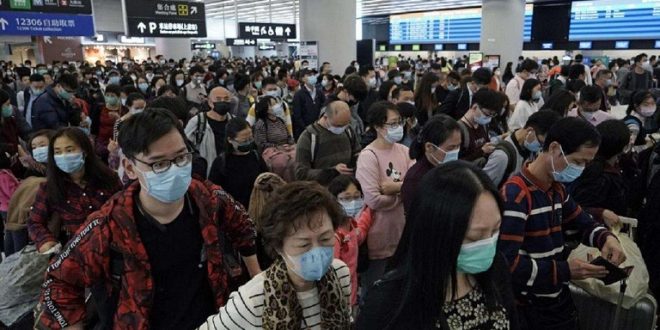 BEIJING/ WASHINGTON: The Chinese government has accused the US of causing “panic” in its response to the deadly coronavirus outbreak. 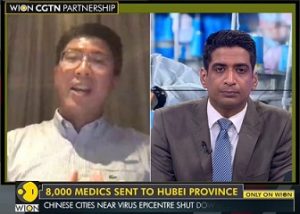 It follows the US decision to declare a public health emergency and deny entry to foreign nationals who had visited China in the past two weeks.

There are more than 17,000 confirmed cases of the virus in China. Some 361 people have died there.

Outside China, there are more than 150 confirmed cases of the virus – and one death, in the Philippines.

The virus causes severe acute respiratory infection and symptoms seem to start with a fever, followed by a dry cough.

On Monday, a study by a Chinese virologist said a pneumonia outbreak associated with the coronavirus had likely started in bats. 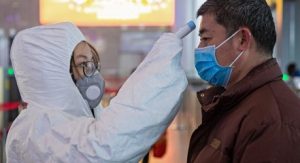 On 23 January, the US ordered the departure of all non-emergency US personnel and their family members from the city of Wuhan in Hubei province, where the virus originated.

Less than a week later, the US allowed for the voluntary departure of non-emergency personnel and relatives of US government employees from China.

On 30 January, the World Health Organization (WHO) declared a global health emergency over the new virus.

Following this, the US ordered the departure of all US personnel family members under the age of 21 in China.

Any US citizen who has been in Hubei province will be subject to 14 days’ quarantine upon returning to the US.

On Monday, Hong Kong said it was suspending from midnight local time (16:00 GMT) 10 out of 13 border crossings with mainland China. 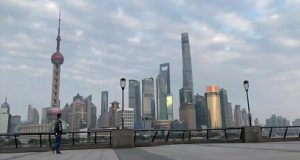 Various countries have imposed varying travel restrictions and other preventative measures, including:

Denying entry to all foreign visitors who have recently been to China: US, Australia, Singapore

Denying entry to foreigners travelling from mainland China, New Zealand, Israel. (Russia will also apply these restrictions, though not through Moscow’s Sheremetyevo airport) 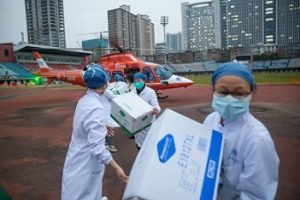 The body that represents some of the world’s largest cruise ship operators, the Cruise Lines International Association, announced on Monday that passengers and crew members who had recently travelled to China would not be allowed to board vessels.

In a news briefing on Monday, Chinese foreign ministry spokesperson Hua Chunying said the US actions “could only create and spread fear” instead of offering assistance.

She said the US was the first country to impose a travel ban on Chinese travellers and the first to suggest a partial withdrawal of its embassy staff.

“It is precisely developed countries like the US with strong epidemic prevention capabilities… that have taken the lead in imposing excessive restrictions contrary to WHO recommendations,” Ms Hua said, according to a Reuters report but Ms Hua also said that China urgently needed “medical masks, protective suits and safety goggles”.