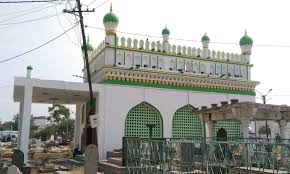 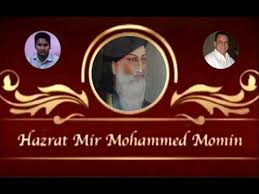 Hyderabad Dec 22  (PMI): It is highly deplorable that in the present scenario when majority of the citizen’s  irrespective of caste, creed and religion are coming out on the street in solidarity with the Muslims to oppose the Citizen Amendment Act (CAA) and proposed National Register of Citizen (NRC) for excluding the Muslim minority community, the Majlis Ittehad-ul- Muslemeen (AIMIM) MLA from Charminar, Mr Mumtaz Ahmed Khan is creating rift among Muslim sects by giving irresponsible public statements.

The President of AIMIM and Member of Parliament from Hyderabad Barrister Asaduddin Owaisi is delivering the speeches and addressing political rallies and gathering in various cities of India to unite all the sects of Islam and Dalits to fight with the anti-secularism and anti-Dalit forces to uphold the constitution and its plural ethos against the majoritarian government led by BJP which plans to impose “Hindutwa” ideology on the citizens of India.

In this scenario instead of gathering the support for opposing the CAA and NRC not only among Muslims but also from the fellow citizens, the senseless demand and threaten to Shia Muslims by Mr. Mumtaz Ahmed Khan with regard to Shia Grave yard Daira-e- Hazrath  Mir Mihammed  Momin Sahab Qibla located in Sultan Shahi is stirring sectarian discord. If you are the MLA of the Constituency where it is located does not mean that you can impose your authority in waqf institutions in it and impose your wish and whims in the day to day functioning of it. 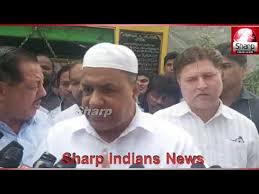 Muslim’s are a minority community in India and among the Muslims the Shia are the minority sect. Hyderabad City founded by Shia Rulers Sultan Quli Qutb Shah, the Shia community is left with lone grave yard in the City and that too has been encroached to an extent of 40% by illegal houses coming up on its premises. Repeated representations by the community to the Waqf Board to safeguard it from encroachments by building the boundary wall fell on deaf ears.

Instead of taking up developmental and protection work, the area MLA is trying to sow discord between the Shia and Sunni Community by demanding that the grave yard managing committee should have Sunni representation and Sunni burial’s should also be allowed. Whereas since 1958 Shia community is having the managing committee and even Sunni community burial also have been allowed. Since you buried your ancestors in the Shia Grave yard that does not permit you to take the whole grave yard in your control or sow the seeds of sectarian discord among the Muslims sects by imposing one on the other for achieving personal ambitions. In this whole episode the MLA seen losing temper and threatening the Shia Community which is very objectionable and deplorable.

The Shia Community Members, Olama’s and heads of Anjuman’s/ Grouh’s have expressed their resentment on the condemnable  lose talk by Mr. Mumtaz Ahmed Khan, MLA Charminar on the formation of the managing committee of Daira-e-  Mohammed Mir Momin grave yard. They have urged AIMIM president Barrister Asaduddin Owaisi to intervene in this matter and to reprimand the MLA for sowing the seeds of discord among the Muslim sects.

They further said that, in the early days of MIM prominent Shia speaker Allama Rasheed Turabi had provided his best services to establish the party and a prominent Shia poet Janab Hilmi Afandi also render his services to gathered public by way of   reciting his poetries in the processions and paid a role to unite the public in support of MIM. Syed Abbas Hussain @ Baqar Aga younger brother of Late Syed Ghulam Hussain @ Raza Aga Qibla  also delivered the strong speeches and divert the sentiments of public in favor of AIMIM apart from large following in the community for AIMIM.

Some Shia Muslims are of the view that Moulana Hyder Aga Shia Member of Telangana Waqf Board and Riyaz-ul-Hasan Affandi (MLC) have sensed the seriousness of the situation and did not let it convert into sectarian clashes by countering or objecting the remarks of MLA. It was clearly seen that MLA was trying to create rift on the spot by gathering large number of people along with him. The Shia representatives opined that this matter needs to be discussed and solved with the help of the party president Barrister Asad Udddin Owaisi.

The Shia Muslims request Mr. Mumtaz Ahmed khan not to stir sectarian discord in Hyderabad and instead work for the unity among the Muslim community to vehemently oppose the CAA and NCR.