Centre has no plans to make Hyderabad as country’s second  capital: Kishan 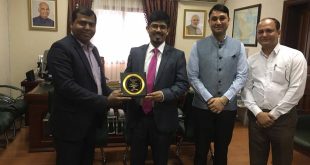 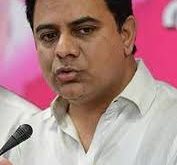 Hyderabad, Nov.17 (PMI): Union minister of state for Home Affairs G Kishan Reddy on Sunday said the Centre does not have any plan to make Hyderabad as the second capital of the country.
In the wake of reports that the Centre was contemplating to make Hyderabad as second capital of the country, Kishan Reddy said the Union government was ready to discuss any issue and problems raised by the Opposition parties in the Winter session of Parliament commencing from Monday.
Addressing the media on the eve of commencement of winter session of Parliament from Monday, Kishan Reddy said the Centre had successfully introduced and passed the much talked about Triple Talaq Prohibition Bill and Article 370 Bill. He said the Centre would put before Parliament about its plans for development of the country. He also said the main objective of the Union government was to provide safe drinking water, proper healthcare and education to all the people in the country.
Commenting on the conferment of national project status to Polavaram irrigation project of Andhra Pradesh State, Kishan Reddy said they have already announced national project status to the project and added that they would complete the process in the days to come. On the grant of national project status to Telangana-based Kaleshwaram lift irrigation project, Reddy  made it clear that neither the previous Congress government nor the present BJP government had promised to confer national project status on Kaleshwaram irrigation project.
Targeting Chief Minister K Chandrashekhar Rao on the issue, he asked the former as to why he did not force the previous government to include national project status to Kaleshwaram project issue in the AP Re-organization Act. 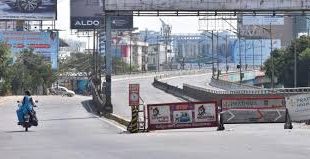