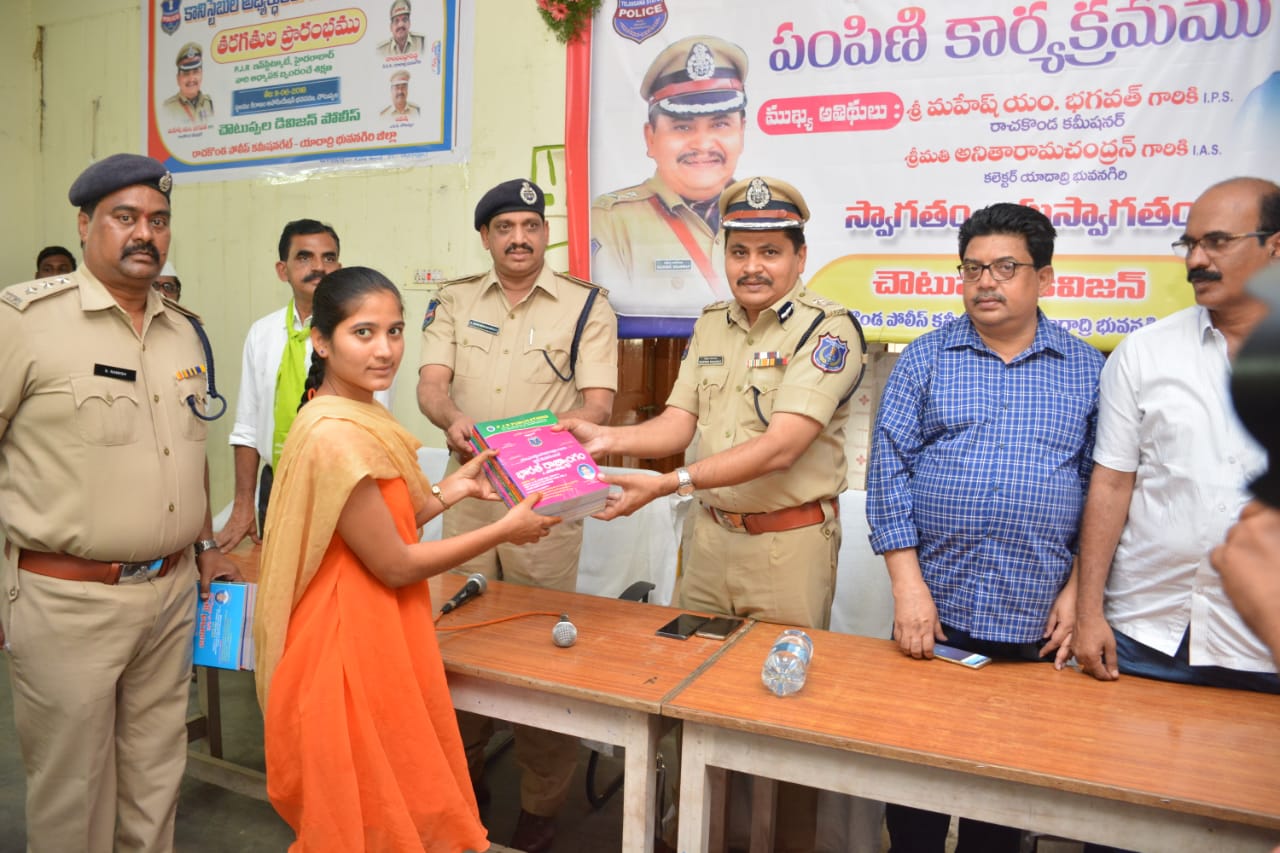 CCTVs INAUGUARATION AT CHOUTUPPAL – 2nd MANDAL IN YADADRI BHONGIR DISTRICT. TO HAVE CCTV CONNECTIVITY AT EVERY VILLAGE 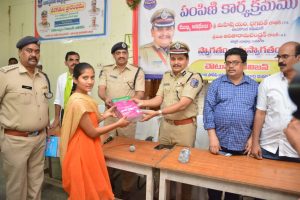 yderabad aug9- Sri Mahesh M. Bhagwat, IPS, Commissioner of Police, Rachakonda along with District Collector Smt.Anita Ramachandran IAS and MLC Sri Karne Prabhakar, MLA Sri K.Prabhakar Reddy jointly inaugurated 1095 CCTV cameras (343 Community CCTVs and 752 Nenu Saitham) at a colourful function presided by Bhongir DCP Sri E.Ramachandra Reddy at BRR function hall, Choutuppal. These 1095 CCTV cameras were installed in all the villages with a cost of Rs. 61,27,294/- contributed by several industries, business people, private educational institutions, professionals, individuals and communities jointly from various villages of Choutuppal mandal. With these 1095 cameras now the entire Choutuppal mandal has been covered with CCTV cameras and all these cameras will be connected to PS command control centre in near future. As a part of this project, the Divis Laboratories,Panthangi provided funds to a tune of Rs.18,00,000/- for installation of (10) PTZ cameras and (2) Automatic Number Plate Reading cameras along the NH-65 from Panthangi 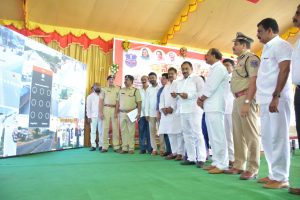 to Kothagudem duly covering a stretch of 28 KMs.

On this occasion the CP said Choutuppal is the second mandal in Yadadri Bhongir district to have the 100% CCTV cameras connectivity and applauded the efforts made by DCP Bhongir Sri Ramachandra Redy, ACP Sri S.Ramesh and Choutuppal Inspector Sri E.Venkataiah and staff and also thanked each and every donor who contributed towards the noble cause. He urged the public and communities to come forward and install CCTV cameras inside and outside of their residences, schools, colleges, industries and commercial establishments etc under Nenu Saitham programme and have a sense of security 24×7 besides contributing their part towards safe and secure socity. Till date 27,000 CCTV cameras have been installed under Safe City, Community and Nenu Saitham projects across the Rachakonda Commissionerate and looking forward to install many more with an aim of installing one lakhs cameras. He also said several cases have been detected using CCTV camera footages and recently a case of homicide, wherein an unknown person was killed under the limits of Choutuppal, was detected with a small clue ie liquor bottle lable and CCTV footage recorded at a liquor shop. He also thanked MLC Sri Karne Prabhakar for contributing constituency development funds towards installation of CCTVs.

The District Collector Smt.Anitha Ramachandran, in her speech, has stressed upon the need of installation of CCTVs at every office and public place to ensure safety and security. Speaking at the occasion MLC Sri Karne Prabhakar has said he will try allocate more funds from his constituency development funds for installation of CCTV cameras in remote villages of Narayanpur mandal. After formation of Telangana state the Police are become more people friendly and even a common citizen is now able to access the police station and higher officers without any hassle. He thanked the CP Rachakonda for his continuous efforts bringing transformation in Rachakonda Police. MLA Sri K.Prabhakar Reddy has said Telangana Police is at top in using technology to prevent and detect crimes and applauded the efforts put by the Police towards createing a wide network of CCTVs across the Rachakonda Commissionerate. He also thanked Rachakonda Police for conducting police recruitment special coaching for rural en employed youth. DCP Bhongir has stated that they have taken up the CCTV cameras installation at a machine mode and in the coming days they are going to cover each and every village of Yadadri Bhongir zone with CCTV cameras. MPP Sri Ch.Prabhakar Reddy has said there is a need to install CCTV cameras at every govt. office to prevent corruption. ZPTC Sri Buchi Reddy has said Choutuppal Police did commendable by covering all the villages of Choutuppal mandal with CCTVs and also said besides their regular duties Police are actively participating in all other developmental programs such as Haritha Haram and other social reformative schemes taken up by the Government of Telangana. He thanked CP Rachakonda and all other police officials for continuous good work in ensuring peace and tranquility in the area. 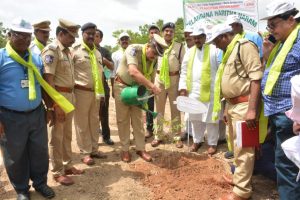 On this occasion, the CP Rachakona felicitated all the donors with a shawl and memento in recognition of their valuable contribution towards society. An attractive special video, made by Rachakonda IT cell, on NENU SAITHAM project was screened at this occasion. The RDO Choutuppal Sri Suraj Kumar, ACP Choutuppal Sri S.Ramesh, Rachakonda IT Cell Inspector M.Sridhar Reddy, Choutuppal Inspector E.Venkataiah, Ramannapet CI Srinivas, Choutuppal Tahasildar, all the SIs Choutuppal division and several public representatives, local youth, local community elders participated in the event.