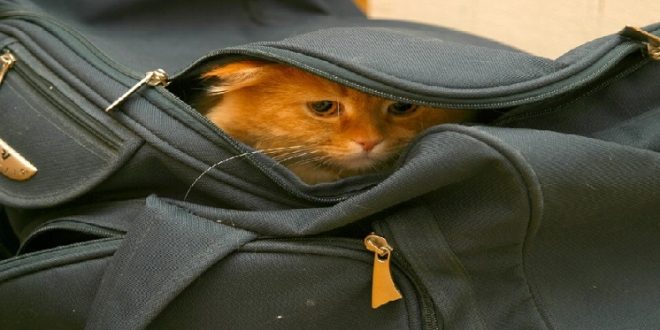 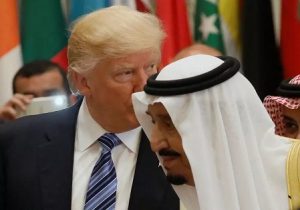 WASHINGTON/ RIYADH/ MELBOURNE: At last, not only the real face of Trump Administration has uncovered but the hidden plan against Islamic World especially Shia Muslims has also revealed.

After an extraordinary and shameful defeat with Islamic Republic of Iran in all sectors, now, the United State of America (USA) trying to restore its reputation in Gulf which has lost during the self-created and so-called conflict with Iran but this is all just for change the mindset of Americans and change their opinion from internal issues while on the other hand the defeated American President’s policies against Shia Muslims and thousands of immigrants have once again proved that neither the US can get control over Muslim World particularly Iran, Iraq, Syria, Bahrain etc nor Kingdom of Saudi Arabia (KSA) can fulfill any of its concealed plan against Shias in region as well as Pakistan and Afghanistan without American assistance and its really called ‘the cat came out of the bag’ as claimed by sources. 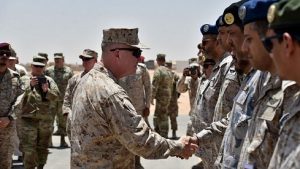 At present, the Pentagon has said US troops are being deployed to Saudi Arabia to defend American interests from “emergent credible threats”.

The move comes amid heightened tensions with Iran over the safety of shipping lanes in the Gulf.

Saudi Arabia confirmed that King Salman had approved the move “to strengthen regional security and stability”.

The kingdom has not hosted US forces since 2003 when they withdrew at the end of the war with Iraq.

The US presence in Saudi Arabia started with Operation Desert Storm in 1991, when Iraq invaded Kuwait.

BBC North America correspondent Peter Bowes says the US is understood to be deploying Patriot air defence missile batteries manned by 500 soldiers to Prince Sultan Base in Saudi Arabia. 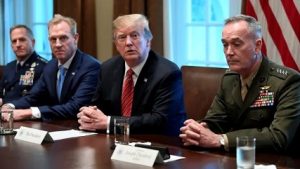 The US also plans to send a squadron of F-22 stealth fighters to the base.

“This movement of forces provides an additional deterrent and ensures our ability to defend our forces and interests in the region from emergent, credible threats,” a statement from US Central Command said.

Tensions between the US and Iran have worsened since Washington unilaterally withdrew from a landmark 2015 nuclear deal. The US has since tightened sanctions it re-imposed on Iran’s oil sector.

Last month, Iran shot down a US surveillance drone over the Strait of Hormuz, accusing it of violating Iranian airspace. The US insisted the drone had been over international waters at the time, and condemned it as an unprovoked attack.

The US has also called on Iran to release a Panamanian-flagged tanker and 12 of its crew, which was seized by Revolutionary Guards on Sunday during a naval patrol. Iran said the vessel had been smuggling fuel. 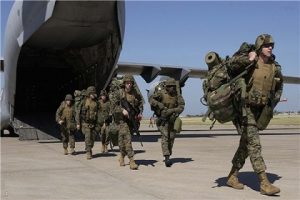 Then on Thursday President Donald Trump said a US warship had destroyed an Iranian drone that came too close. Iran has denied losing a drone.

On Friday tensions ratcheted up even higher when Iranian forces seized the UK-flagged oil tanker Stena Impero in the Gulf saying it was in breach of regulations.

UK Foreign Secretary Jeremy Hunt demanded the tanker’s release, saying there would be “serious consequences” if Iran continued to detain it.

The US has also blamed Iran for two separate attacks on oil tankers in the Gulf of Oman in May and June – an allegation Tehran has denied.