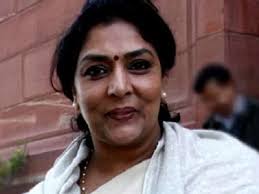 New Delhi, April.24 (PMI): Casting Couch was not confined to cinema field alone but also exists in Parliament, former Rajya Sabha member Renuka Chowdhary.
Reacting on Bollywood choreographer Saroj Khan’s controversial statement on Casting Couch in film industry, Renuka called upon the people to launch a movement against Casting Couch.
It may be mentioned here that Saroj Khan had said that the cinema industry was giving opportunities to the women and not leaving them after using them. Some of them were getting livelihood due to Casting Couch, she stated. Saroj Khan’s comments created a flutter across the nation as she compared Casting Couch to rape inviting severe criticism. Later Saroj Khan tendered apologies too. On the other hand, Casting Couch sensation Sri Reddy condemned Saroj Khan’s remarks. (PMI)