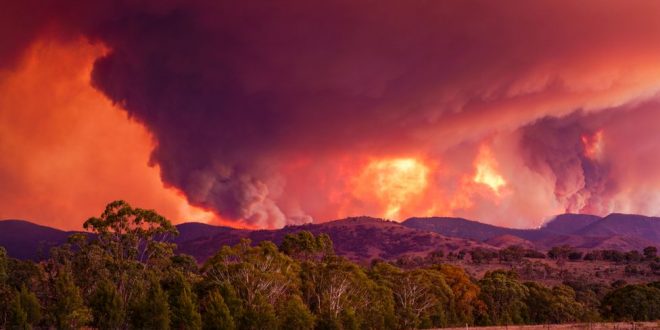 CANBERRA: A bushfire near the Australian Capital Territory (ACT) grew to more than 35,000 hectares on Saturday, as officials closed a major motorway. 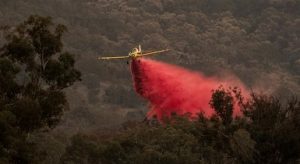 Residents in some areas around the capital, Canberra, were warned that it was “too late to leave” and they should try to seek shelter.

Six fires in the ACT and nearby parts of New South Wales (NSW) state were burning out of control, officials said.

Hot and windy conditions are expected to last through the weekend.

Since September, bushfires in Australia have killed at least 33 people and destroyed thousands of homes. More than 11 million hectares of land have been scorched so far.

The ACT declared a state of emergency on Friday – the first in the area since deadly fires in 2003.

People living in affected areas are being urged to fill up their bathtubs buckets and sinks, so that when the fire arrives, they have access to water – to extinguish flames and to drink. 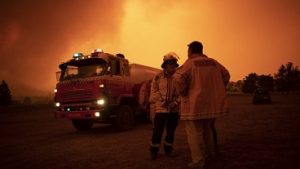 “The issue we have with the fire activity is that the fire itself is generating its own weather pattern and that, combined with the wind direction, is what is driving that intensity in the fire,” ACT Emergency Services Agency Commissioner Georgeina Whelan said.

“The conditions will potentially become more dangerous and the fire may pose a threat to lives directly in its path,” she added.

Images of the Monaro Highway in the ACT, which has been closed, show the skies above it turning bright orange-red from the fire raging nearby.

The ACT, a small territory located between Sydney and Melbourne, has about 400,000 residents. 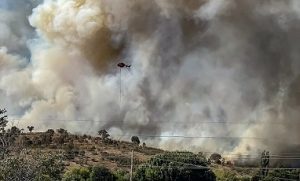 Fires have raged near Canberra for weeks. Last Thursday, the city’s airport was shut down when a blaze threatened to breach its perimeter.

There are about 60 fires burning in the state, with five in the south-east of the state, near the ACT, burning out of control.

Three fires in the Bega Valley area were upgraded to emergency level on Saturday.

“The three fires in Bega are creating their own weather conditions and the advice to people in the area is that it’s now too dangerous to leave and they should remain in place,” local media quoted NSW Rural Fire Service (RFS) spokesman Greg Allan as saying.

“The three fires in Bega are creating their own weather conditions and the advice to people in the area is that it’s now too dangerous to leave and they should remain in place.”