google-site-verification=oa7ebK-QKiSPCvxPx2UBppJir9nAxs1BKixIBTtNDbY
Breaking News
Home / Hyderabad / Cabinet reshuffle likely in May, Vani Devi may get a berth 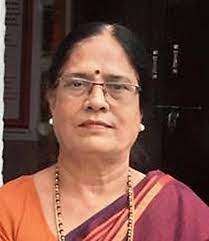 Cabinet reshuffle likely in May, Vani Devi may get a berth

Hyderabad, April 4 (PMI): Cabinet reshuffle is likely to happen in May as the TRS boss and Chief Minister K Chandrasekhar Rao is keen to make some changes, according to information. The cabinet may see some changes which is to see some new faces and asking the non performing ministers to take up the party affairs. It is said that the cabinet may take place in May after by-polls for Nagarjuna Sagar segment on April 17.

Since the state government is holding the PV centenary celebrations in a big way, there is a chance to induct Vani Devi into the Cabinet. Vani Devi a successful educationist and suave leader has won the polls and may get elevation, it is said.

The party chief is focusing on conducting the party foundation on April 27 on a grand note and also plenary of the party as it was not held last year due to covid surge. Now despite corona cases rising the government has got better revenues and came up with a huge budget in the Assembly session. KCR is to inaugurate the famous Yadadri temple of Lakshmi Narsimha Swamy in May as the works are almost complete, according to sources. After that the cabinet is likely and hopefuls for the same are lobbying for.

In all likelihood the chief minister is not happy with some ministers and the reshuffle will pave way for active and new faces to improve governance. So the reshuffle after is likely after bypolls and party plenary and foundation sources said. The chief minister is keen to induct some new faces by asking a few existing leaders to shoulder the TRS party responsibility or to take care of their segments. (PMI)