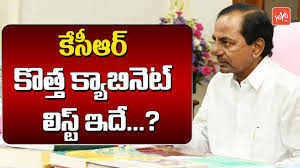 The ruling party leaders feel that the budget session could not generally be conducted without the state cabinet. “Although, the state had the history of the chief minister presenting the budget, it may not be repeated by our CM. The reason for this is  that the full cabinet has not been formed since the last 45 days, following the election results. This has made  the ruling TRS party  face the wrath of opposition political parties. The Congress party leaders have already lodged a complaint on the issue. We strongly feel it will now be expanded at any moment to avoid any more criticism,” a senior Party Leader who did not want to be quoted told this correspondent.

Besides this, the other reasons like announcement of election schedule for the upcoming Lok Sabha elections and the presentation of vote on account budget by the central government are also reportedly leaving no room for the Chief minister to expand his cabinet. It is widely speculated that as many as eight MLAs of the party might  get the chance to become the ministers in the first cabinet expansion. The remaining Minister Berth  aspirants are likely to get the opportunity in the second phase. The party sources are saying that the second phase of  Cabinet expansion  will take place only  after the Lok Sabha elections in the state.

It is said that the Chief Minister has hinted about the Cabinet Expansion to the Governor yesterday, either on January 31 or February 7.

The names of leaders who have worked as the  ministers in the previous cabinet of  KCR are doing the rounds as the ministers in the next cabinet of the CM. The names speculated  are K. Taraka Rama Rao, Etala Rajender, T. Harish Rao, C. Laxma Reddy, T. Padma Rao, Jogu Ramanna, A.Indrakaran Reddy and Kadiyam Srihari. However, reports are rife that senior party MLAs like Errabelli Dayakar Rao, Koppula Eeswar, Padma Devender Reddy  could be surprise picks of the CM in the first phase of the cabinet expansion. (PMI)

Post Views: 6
2019-01-27
admin
Previous SHIA MUSLIMS PROUD TO BE SHIA AND PROUD TO BE AN INDIAN
Next Newly-Wed Woman Dies of Electric Shock