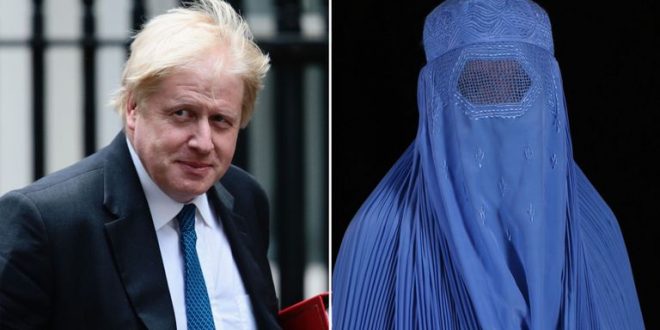 LONDON: British Prime Minister Boris Johnson refused to offer an outright apology for Islamophobic comments he made in 2018, which led to a spike in anti-Muslim hate crimes. 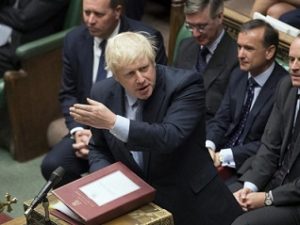 On Friday morning, as he fielded questions from listeners on LBC radio station in London, he said: “When I write this stuff, I never set out to cause pain or hurt. I really do want to make sure that everybody feels that they are valued, that they face no prejudice, that they face no discrimination.

“You just need to go back and look at the context. So much of this stuff is disinterred with a view to distracting from the basic issues of this election.”

He was responding to presenter Nick Ferrari, who asked whether Johnson was “sorry for the words of the offence” caused by a Daily Telegraph column in 2018 in which he wrote that the “burka is oppressive” and that Muslim women who wear the full veil look “like letter boxes” and bank robbers.

In the week after that column, Tell MAMA, a UK hate crime monitor said Islamophobic incidents rose by 375 percent.

Johnson’s comments on Friday came as his ruling Conservative Party faces accusations of alleged Islamophobia in the run-up to an election on December 12. 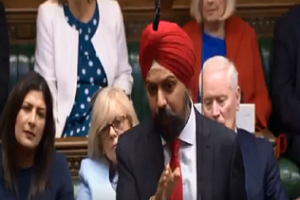 He said the Conservatives are working on an “independent inquiry into the whole thing”, referring to the party’s pledge to investigate racism of all forms.

On Wednesday, while visiting Cornwall, asked whether he apologises for Islamophobia in the party, he said: “Of course, and for all the hurt that has been caused – of course, we all do.”

In a recent example of alleged Islamophobia, Karl McCartney, Conservative Party candidate for Lincoln, retweeted a post that claimed far-right activist Tommy Robinson had been jailed because he “dared report on Muslim paedophiles”.

Robinson, whose real name is Stephen Yaxley-Lennon, was jailed earlier in July for contempt of court after he interfered with the trial of a sexual grooming gang a year earlier.

Johnson appeared on LBC a day after he failed to participate in a televised debate on climate change on Channel 4 alongside opposition leaders. 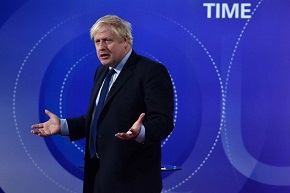 Elsewhere on the one-hour call-in, Johnson warned US President Donald Trump against getting involved in his election campaign and said the NHS was not for sale, in response to recent claims by the main opposition Labour Party.

“The NHS is not for sale and under no circumstances would this government or any Conservative government do anything to put the NHS up for negotiation in trade talks or privatising – anything like that.

“Were the United States or any other country to insist on that as a condition of [post-Brexit] talks, we would simply walk out,” he said.

He told Ruth, a single mother, that he meant “absolutely no disrespect to you or anybody” with comments that were unearthed this week from a 1995 magazine article, in which he wrote children of single mothers were “a generation of ill-raised, ignorant, aggressive and illegitimate children”.