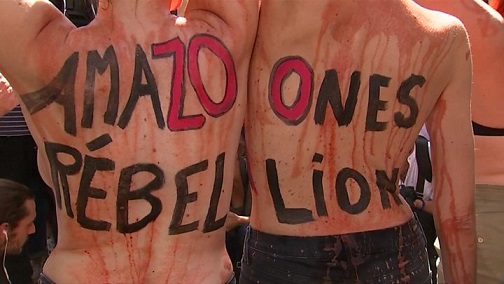 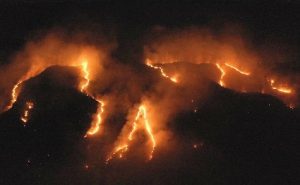 BRASILIA: Brazil’s president has ordered the armed forces to help fight a record number of forest fires in the Amazon.

A decree issued by President Jair Bolsonaro authorizes the deployment of soldiers in nature reserves, indigenous lands and border areas in the region.

The announcement comes after intense pressure from European leaders.

France and Ireland say they will not ratify a huge trade deal with South American nations unless Brazil does more to tackle blazes in the Amazon.

Finland is currently president of the Council of the EU – a role which is rotated among member states every six months.

Environmental groups called for protests in cities across Brazil on Friday to demand action to combat the fires. 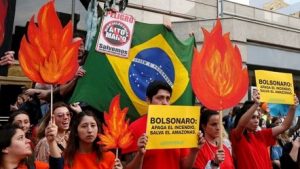 Hundreds of protesters also gathered outside the Brazilian embassies around the world, including in London, Berlin, Mumbai and Paris.

“We can’t stand around waiting for the sky to turn black all the way here in London too,” protester Laura Villares House, 33, told BBC Brasil.

What does the decree say?

The decree is fairly vague in its wording, but specifies that the military will be deployed to nature reserves, indigenous lands and border areas in the region.

The deployment of soldiers will be left down to regional governors who can request “preventive action … against environmental crimes” and ask the army to “survey and combat fire outbreaks”.

Defence Minister Fernando Azevedo e Silva is to oversee the order and will be responsible for allocating resources, it states. 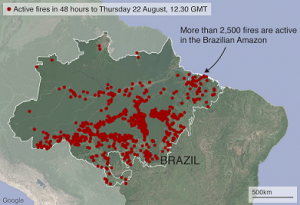 The order is initially authorizes action for a month, from 24 August to 24 September.

What has Bolsonaro said about the fires?

Bolsonaro has said his government lacks the resources to fight the record number of fires in the region.

But conservationists have blamed his government for the Amazon’s plight.

They say Bolsonaro has encouraged the clearing of land by loggers and farmers, thereby speeding up the deforestation of the rainforest.

The president has hit back at criticism, even suggesting that non-governmental organizations had started fires in the rainforest, despite admitting he had no evidence for this claim.

What have European leaders said?