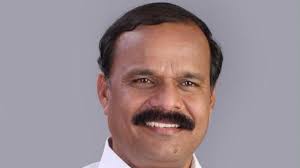 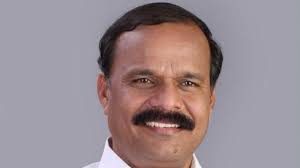 TRS leader Karne Prabhakar today launched a scathing attack on the BJP for playing “Cheap Politics” and failing miserably to keep the promises made. The BJP Government brought to fore ”Dying Days” to the nation instead of Ache Din (good days), he fumed.

Addressing the media at TRS Legislature Party office here today, Karne Prabhakar accused the BJP Government at the Centre of coming to power in the guise of religion and “duping” people. “The BJP came to power with religious politics and the people are not ready to support it as their aspirations are not being fulfilled so

far”, he said. Terming the BJP as Bharatiya Jhuta Party, he said it failed to keep its promises made to the people. He also fumed at the BJP for indulging in blackmailing tactics. The BJP was making false charges against the TRS Government in Telangana, Prabhakar fumed.

The TRS leader alleged that “dictatorial” rule was prevailing across the nation as the BJP was indulging in raking up the issues of less importance. The TRS Government was giving top priority to development and welfare and other States were emulating them, he claimed. “The BJP is afraid of bleak future as Chief Minister K Chandrasekhar Rao was implementing all the promises made and coming up with new schemes of welfare. The Centre was ignoring the Telangana State and denied funds it sought for several developmental programs and the State government was spending huge funds for the same”, he added.

Clarifying that the Centre was contributing only 42 paisa against a Rupee contribution for any program to be implemented, Karne said KCR slammed the BJP national chief Amit Shah for telling lies against the State government. The Centre should honour the States instead of neglecting them by denying funds for projects and development, he said. The nation will develop when the States will develop and the Centre was ignoring this, he charged. Prabhakar declined the comments of BJP leaders that KCR belittled Prime Minister Narendra Modi. This is only cheap politics for gain, he said.