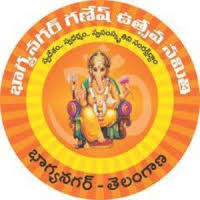 Bhagyanagar Ganesh Utsav Samithi thanks all for grand immersion rallies

Bhagyanagar Ganesh Utsav Samithi thanked the general public, the police and staff of various departments of the State government, who contributed for success of the most popular immersion procession. Lord Ganesh Immersion Festival in Bhagyanagar, the capital city of Telangana, was attracting the attention of the people all over the World.

Utsav Samithi said the general public and devotees participated in the procession in a disciplined manner. The Samithi expressed its profound gratitude to the public in general and the devotees of Lord Ganesha in particular.           The Samithi also expressed its thanks to the services rendered and the cooperation extended bv the district collectors of Hyderabad and Ranga Reddy and Medchal districts.

The Samithi also thanked Sri Lokeshananda Saraswati  of Badrinath for being chief guest in the immersion program, politicians from different political parties, MLAs, MPs, MLCs and also State cabinet ministers for their participation and coordination in making the immersion procession successful. It also thanked GHMC Commissioner Dr B Janardhan Reddy, Police Commissioners of Hyderabad, Cyberabad and Rachkonda for their efforts in making the immersion procession a grand success, Dr Bhagavanth Rao, general secretary of BGUS said.