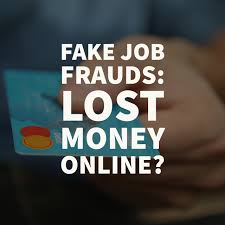 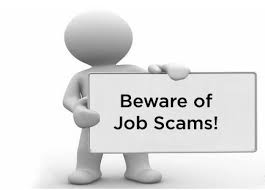 Hyderabad Dec 27 (PMI): The Cyberabad Crime Police Station informed that Crime PS Cyberabad is  receiving several complaints regarding offering work from home, Job offer fraud. The Cyberabad Crime Police Station officers said in order to prevent the Job frauds, it is intended to create awareness among un-employed youth who are posting their bio-data in Job portal web sites. According to them in a recent case that is reported at Cyber Crime P.S, Cyberabad, the complainant lost amount of Rs. 1, 47,000.

According to the Cyberabad Police the   fraudulent person Sneha    called to Sri Nagaraju   on phone who is a resident of Gachibowli and offered the job work from home and informed will be paid an amount of Rs 12000/- per month, after that he received call from a person who claimed himself to be an Advocate who said that a case is booked against the company and against him and demanded him to pay an amount of Rs.1, 47,000/- to clear the criminal case. Fearing prosecution, he paid the amount of Rs.1, 47,000/- into the bank account of fraudster.

Before accepting any job, verify and know the genuineness of the employer/company who is offering work from home job offer. Almost all the job offers of work from home are offered by fraudsters.