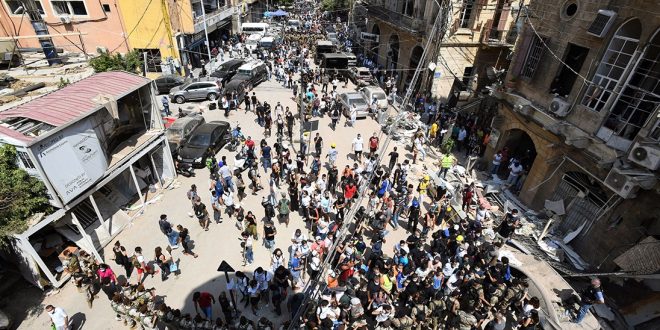 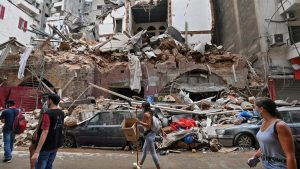 BEIRUT: Thousands of Lebanese, furious with their political leaders, are taking to the streets again, four days after a huge explosion left at least 158 dead.

Some protesters have clashed with police who fired tear gas.

Tuesday’s blast at the port devastated parts of the city and has reignited deep-seated anger at what many see as an inept and corrupt political class.

The explosion was caused by a huge stock of ammonium nitrate that had been seized from a ship but never moved.

The government has promised to find those responsible.

But there is a huge level of mistrust in Lebanon, where an anti-government protest movement erupted last October, fuelled by an economic crisis and a collapsing currency.

Two ministers who attempted to visit badly damaged neighbourhoods in recent days were chased out. 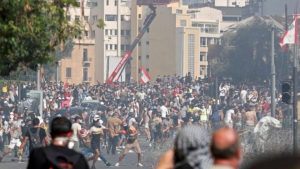 “After three days of cleaning, removing rubble and licking our wounds… it is time to let our anger explode and punish them,” Fares Halabi, a 28-year-old activist, told the AFP news agency ahead of Saturday’s protests.

A march is due to link one of the most devastated areas near the port to Martyrs’ Square, the heart of the anti-government uprising that began last year.

Police have fired tear gas at stone-throwing protesters who tried to break through a barricade preventing access to the parliament building.

Apart from showing the city’s anger, the march is also meant to remember victims of the explosion, which injured 6,000, according to the latest update. Around 300,000 people are homeless.

Lebanese President Michel Aoun has rejected calls for an international investigation into the explosion. He said local authorities would examine whether it was triggered by “external interference” such as a bomb. 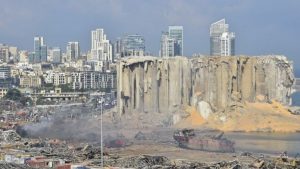 Macron was mobbed in the streets by welcoming crowds calling for outside intervention as he visited Beirut earlier this week in the aftermath of the explosion.

France, the former colonial power, has close economic ties with Lebanon, which defaulted on its sovereign debt in March but has been unable to agree a reform program with international lenders to obtain a bailout.

On Friday, UN agencies warned of a humanitarian crisis in Lebanon, including possible food shortages and an inability to continue to fight the Covid-19 pandemic.

Many countries have already offered aid, with the US announcing on Friday that it planned to immediately send $15m (£11.5m) worth of food and medicine.

The UK has released £5m of emergency aid and deployed a Royal Navy ship to Lebanon. 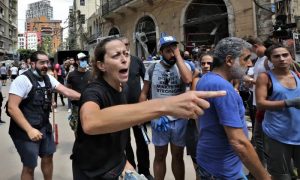 What more do we know of the victims?

The Syrian embassy says 43 Syrians were among those killed as a result of the blast. Reports suggest some were port workers.

Lebanon hosts more than a million Syrians following an influx of migrants sparked by the long conflict in Syria.

What is happening with the investigation? 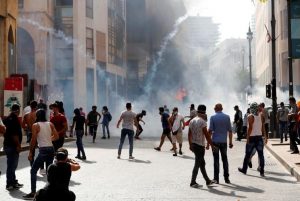 Lebanon’s president and prime minister have said 2,750 tones of ammonium nitrate – which is commonly employed as a fertilizer but can also be used to create an explosive – had been stored in a warehouse at the port without any safety precautions since 2014, when it was unloaded from an impounded cargo ship, the MV Rhosus.

The decision to keep so much explosive material in a warehouse near the city centre has been met with disbelief by many Lebanese.

On Wednesday, Aoun promised a transparent investigation by Lebanese authorities and to “hold those responsible and those who were negligent accountable, and serve them the most severe punishment”.

However, calls for an international investigation have grown since then.

The president ruled out such a move on Friday, saying: “The goal behind calls for an international investigation into the port issue is to dilute the truth.” 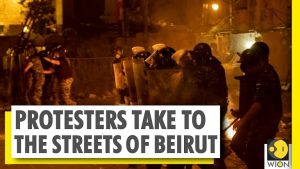 President Aoun also said the government-backed inquiry was looking into three possibilities: negligence, accident or what he called “external interference through a rocket or bomb or other act”.

Officials have said the explosion appears to have been triggered by a fire and there has been no evidence so far of the third possibility mentioned by Aoun.

Twenty-one people have been arrested – among them Badri Daher, the director-general of Lebanon’s Customs Authority.

The Iran-backed Hezbollah movement, which supports the power-sharing government, meanwhile denied any involvement in the blast, insisting that his group did not control the port and that it had stored no weapons or ammunition there.

Hezbollah leader Hassan Nasrallah declared in a speech; “not a weapons cache, not a missile factory, not a single missile, not a single rifle, not a single bomb, not a bullet, not nitrates, nothing at all, not now, not in the past.” (Int’l Monitoring Desk)