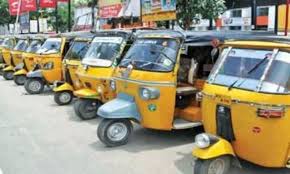 Mohd Amanullah Khan, Convenor,  in a press statement,  while alleging that KCR government has not increased the existing  auto fares for the last six year,   he demanded Rs. 50/minimum fare and Rs. 15 per Km rate citing the reason of  waste of fuel and time due to traffic congestion on road and frequent traffic jams.  He appealed to all the auto union representatives in twin cities to attend the meeting without fail and make it a success.