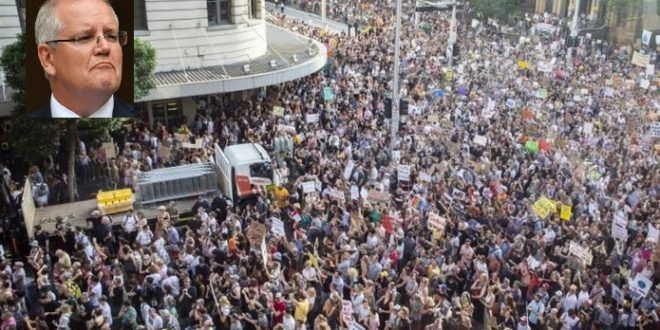 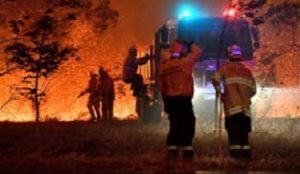 CANBERRA/ MELBOURNE: Australia’s Prime Minister Scott Morrison has expressed regret over his handling of the bushfire crisis ravaging the country.

The PM has faced mounting criticism over his government’s response to the bushfires and its climate policy.

Since September, bushfires have killed at least 28 people and destroyed thousands of homes.

On Sunday, Morrison conceded there were “things I could have handled on the ground much better”.

In recent weeks, Morrison has been heckled by locals when visiting fire-hit communities in the states of New South Wales and Victoria, where the worst blazes are concentrated. 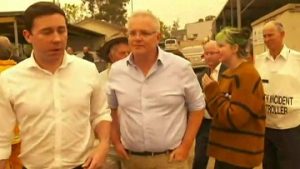 In the town of Cobargo in New South Wales, one woman demanded more resources for the fire service, while others called Morrison an “idiot” and said “you won’t be getting any votes down here”.

“These are sensitive environments, they are very emotional environments,” Morrison said in a TV interview with ABC.

“Prime ministers are flesh and blood too in how they engage with these people.”

Acknowledging the pressure fire services were facing, Morrison said there was a “new appetite” for the government to take a more direct role in responding to the disaster.

The PM said he would seek a royal commission review – a type of public inquiry – into the country’s response to the bushfire crisis.

Last month, Morrison was criticized for going on holiday to Hawaii as the bushfire crisis worsened. The rising public anger at his absence eventually forced him to cut that trip short. 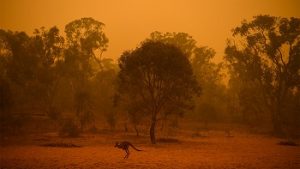 Morrison’s government has been accused of not doing enough to address climate change, which experts say could increase the intensity, frequency and scale of bushfires but in the interview, the PM defended his government’s approach, which he said took into account the effect of climate change on the bushfires.

Pressed on his plan to reduce carbon emissions, Morrison insisted his government was on track to “meet and beat” its targets.

Under the Paris climate agreement, Australia has pledged to cut emissions by 26% to 28% by 2030 compared to 2005 levels. 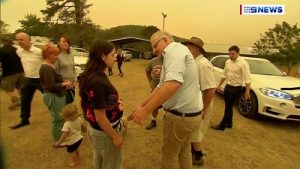 However, Morrison said a “global solution” was needed to tackle climate change.

Tens of thousands of people across Australia took part in climate change protests on Friday.

In cities including Sydney, Melbourne and Canberra, demonstrators turned out to press Morrison’s government to make a quick transition away from fossil fuels.

Bushfire conditions eased on Saturday, giving firefighters temporary respite in areas where blazes are still raging but with more hot weather expected next week, the risk was far from over, authorities warned.

Authorities have warned that the huge fires, spurred by high temperatures, wind and a three-year-drought, will persist until there is substantial rainfall. 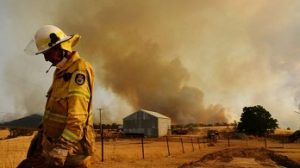 More than 123 fires are still burning across New South Wales, with 50 said to be uncontained.

According to NSW Rural Fire Service, more than 2,000 homes have been destroyed so far during this fire season.

In Victoria, there were 32 bushfire warnings in place as of Saturday. A firefighter died while tackling a blaze in the state on Saturday, bringing the death toll from this season’s bushfires to 28.