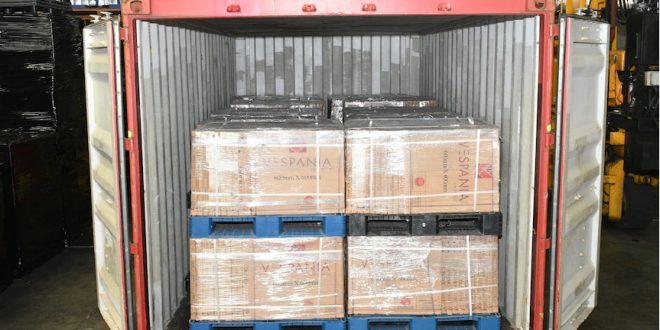 MELBOURNE: Australian authorities say the seizure of 450 kilograms of heroin found inside a shipping container in Melbourne marks the largest-ever onshore detection of the drug.

Boxes containing the heroin, which has an estimated street value of $140 million, were found inside a container carrying ceramic tiles that arrived from Malaysia on September 29. 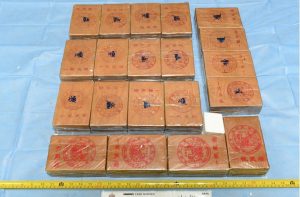 A Malaysian man has been charged over the discovery and he has been remanded in custody.

Investigators from the Australian Federal Police (AFP) were alerted to the 1,290 packages in the container after Australian Border Force officers recognized distinctive red heroin branding on the boxes.

Testing of the substance in the packages showed it was heroin, which officers removed before the container and the rest of its contents were transferred to an industrial precinct in Tullamarine.

Police allege the man collected the boxes from the container and transferred them to a Pascoe Vale South warehouse on October 13 before he was arrested.

The charges carry a maximum sentence of life imprisonment. 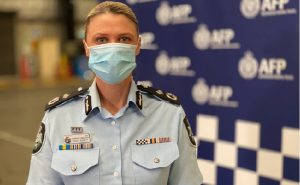 Police say bust will save lives

AFP acting Assistant Commissioner, Krissy Barrett, said more work was being done to establish where the heroin came from.

“The consignment came from Malaysia but we are still investigating the original origin of the heroin,” she said.

She said police estimated that they had saved one life for every two kilograms of the drug removed from circulation in the community.

“Its people in our community who have been directly saved from this seizure … and other untold destruction that drug like heroin cause on our community, as well.”

The man, who was charged on October 14, faced the Melbourne Magistrates Court on Friday and is due to face court again in January 2022.

Post Views: 93
2021-10-16
admin
Previous US offers to pay families of Afghans killed in drone attack
Next Apple takes down Quran app in China