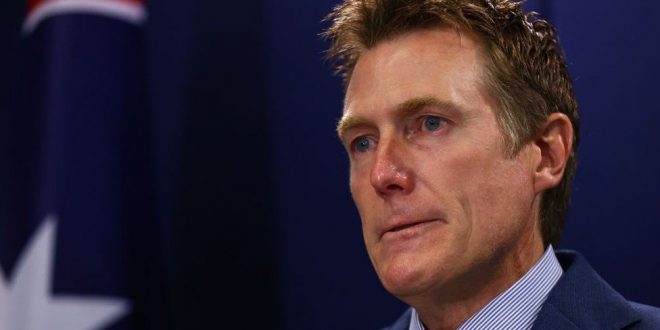 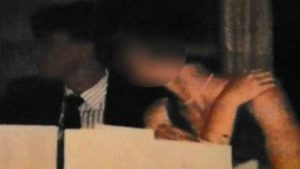 PERTH/ CANBERRA/ MELBOURNE: Australia’s Attorney General Christian Porter has identified himself as the cabinet minister at the centre of a rape accusation, an allegation he strongly denies.

A letter sent to Prime Minister Scott Morrison last week alleged Porter had raped a 16-year-old girl in 1988. The woman took her own life last year.

New South Wales Police have closed their investigation into the matter.

“The things that are being claimed did not happen,” he told reporters in Perth on Wednesday.

“Nothing in the allegations that have been printed ever happened.”

Australian media have widely reported the allegation against a cabinet minister since last Friday, but not previously revealed his identity. 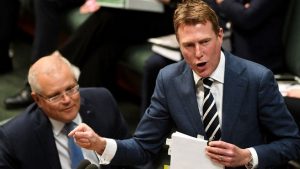 A former crown prosecutor, Porter entered parliament in 2013 and became attorney general in 2017.

As the chief law officer of the nation, he controls one of the most senior government portfolios and is responsible for legal affairs, national and public security.

What has been alleged?

The alleged victim reported her complaint to New South Wales Police last year but did not make a formal statement. The investigation was suspended after she died last June, aged 49 but last week a letter was sent by friends of the woman to Morrison and opposition lawmakers, raising the allegations again.

Porter said the letter accused him of raping the girl at a high school debating tournament at Sydney University in 1988. 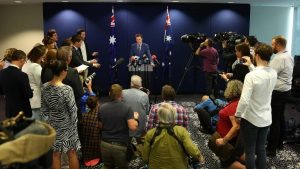 What does Porter say?

He has strongly denied any wrongdoing, adding the only information he knew about the allegations was what had been reported in the media.

The attorney general said he had known the woman “for the briefest periods, in debating competitions, when we were teenagers, about 33 years ago”. She had been one of his teammates, he added.

Asked by journalists, he said he did not think he had ever been alone with the woman and had had no contact with her since January 1988.

Porter said Morrison had given him his “full backing” to remain as attorney general.

“If I stand down from my position as attorney general because of an allegation about something that simply did not happen, then any person in Australia can 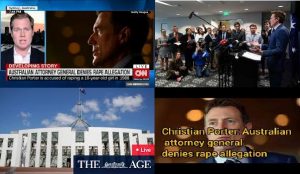 lose their career… based on nothing more than an accusation that appears in print”, but he would take two weeks of leave for his mental health, he added.

Will the allegation be investigated?

The case was referred to police again last week by opposition lawmakers but on Tuesday, police confirmed they were dropping their investigation because there was “insufficient admissible evidence to proceed”.

Sexual assault cases typically cannot proceed to prosecution in Australia without an alleged victim’s testimony but Morrison’s government has faced calls for a separate, independent investigation into the allegations.

The woman’s friends and many prominent Australians have called for a judicial investigation – an inquiry led by a judge into a matter of public concern. 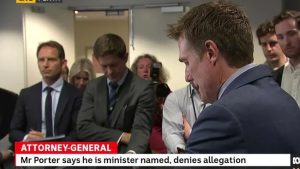 Porter said he had never been contacted by police or anyone else about the allegations.

How did this come out?

The government has been rocked by a wave of sexual assault allegations in the past fortnight.

It began with Brittany Higgins, a former aide to two government ministers, alleging she had been attacked by a male political adviser in 2019. She said she had later felt pressured to stay silent or risk losing her job.

How an aide’s rape allegations have rocked Australian politics

Her account inspired other women in Australian politics circles to come forward with allegations.

The friends of Porter’s accuser said they had also come forward because of the debate stirred by Ms Higgins’ case.