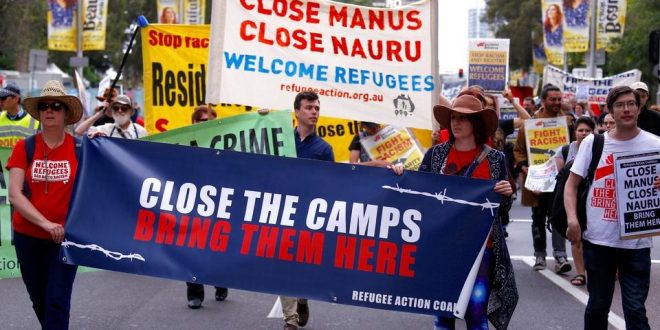 Australia under pressure to resettle refugees on Manus & Nauru 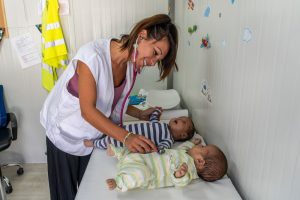 CANBERRA: Expect to hear more noise from the crossbench when Parliament resumes, as pressure ramps up on the Federal Government to resettle refugees currently on Manus Island and Nauru.

Just over 530 people have already been sent to the United States under the resettlement deal, but Home Affairs Minister Peter Dutton said the US would not be taking as many people as originally expected.

Dutton told Insiders he was determined to find new homes for about 800 people remaining on the two islands.

“I want people off Manus and Nauru overnight, but I want to do it in a way that doesn’t restart boats, and kids drowning again at sea,” he said. 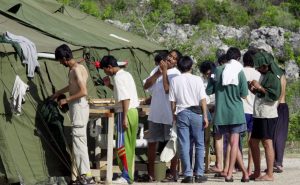 Of the remaining group, about 300 have been approved for resettlement in the US and are awaiting departure, but the Government is yet to outline a plan for the others.

Crossbench MP Rebekha Sharkie said she would do her best to put the issue front and centre when Parliament resumes.

“There are many issues that take up the political space and so we need to make sure that the livelihood of those people that they do have a future and we need to show to them that Australia cares.”

As to how that would be achieved, Ms Sharkie pointed to the efforts of the crossbench last year. 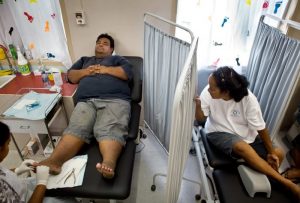 She said it was the pressure from a number of MPs and the community that resulted in the Government removing all children from offshore detention, and she planned to use the same tactics this time around.

“Many members of the community out the front of parliament rallying in support of these children,” she said.

“Many members of Parliament (myself included), who were going down and supporting those people at the rallies.

“It was speaking out in the Parliament. It was continually asking questions of Government … and making sure the matter [was] present in the national conversation.”

Another crossbench MP who intends to speak to the Government is the newly elected member for Warringah, Zali Steggall.

“It’s certainly an issue of concern, because I think it’s been lingering for much too long,” she said.

“I think there are some other pressing issues that need to be dealt with, but this is certainly one of the ones that has to be considered.”

The independent MP said that apart from indefinite detention being inhumane, it was also costly.

“It’s costing taxpayers a ridiculous amount of money and we have so many other pressing issues that money should be focused on,” she said.

Where should the refugees go?

Nearly 300 refugees will soon move to the US under the resettlement deal and Dutton said he was hopeful that figure may climb further.

“There’s about 95 people who have either withdrawn from consideration or rejected an offer,” he said.

“And that’s a concern as well. If we can get those 95 across the line, we get closer to zero.”

But Opposition home affairs spokeswoman Kristina Keneally questioned why the United States was unlikely to take 1,250 as previously outlined.

“Peter Dutton said today on television that he wanted all the people off Manus and Nauru,” she said.

“But then in the next breath he said he didn’t think that all 1,250 spaces for the US deal would be realized. So what’s his plan? What is his plan?”

George Newhouse is the principal solicitor at the National Justice Project and said the Government needed to look to New Zealand.

For several years, Australia’s neighbor has promised to take 150 refugees from Manus and Nauru, and it is a proposal that Labor supports. 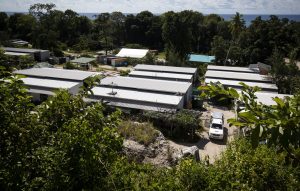 Human rights and refugee advocates have urged the Government to resettle the remaining people as soon as possible, due to fears about their health.

In recent weeks, specialist police have been brought in to deal with a spike in attempted suicides on Manus Island.

“We are seeing a health crisis … their health is suffering and the conditions they are living in are cruel and inhumane,” Newhouse said.

The Government has repeatedly said it would not resettle refugees on Manus Island and Nauru in Australia, but Newhouse said if a solution was not found soon, that is what would happen.

“The Minister knows that this indefinite form of offshore processing is causing people to become very ill,” he said.

“And over time they will all end up in Australia if the Minister doesn’t do something about resettling them as soon as possible.”

The ABC understands about 80 people have been brought from Manus Island and Nauru to Australia for medical treatment since March.

Families of many refugees, migrants, Aussies, social activists and other official and unofficial representatives told Messenger/PMI that the immigration policy of Australia has completely failed while neither the newly elected government nor the opposition parties seem serious of this most severe issue of refugees and because of this worst and inhuman activities Australia may face some sanctions from UNO as well as int’l organizations while the membership of Australia would be suspended.