google-site-verification=oa7ebK-QKiSPCvxPx2UBppJir9nAxs1BKixIBTtNDbY
Breaking News
Home / International / “Anyone, anytime may be murdered in Saudi Arabia” 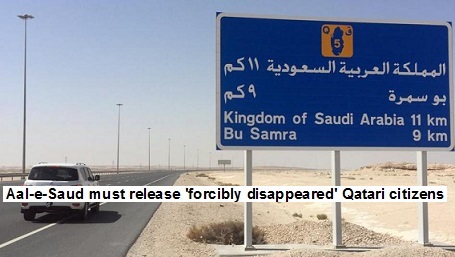 “Anyone, anytime may be murdered in Saudi Arabia”

MELBOURNE/ DOHA/ RIYADH: It is not only a normal practice in Kingdom of Saudi Arabia (KSA) that anyone, anywhere, anytime, any-age and any-gender can easily be murdered, beheaded kidnapped, missed or arrested across the country but also this self-made, self created, so-called, inhuman, unethical, immoral, illegal, un-challengeable and anti-Islamic rule applied on foreigners while neither the children, women and aged citizens nor severely ill even bedridden patients have any relaxation in this regard; victims, family members, relatives, friends of aggrieved persons, former and present officials, personnel of security forces and Law Enforcing Agencies (LEAs), human rights activists, jails’ administrators, in-service executioners, exiled KSA’s natives, prisoners and state and independent sources told Press Media of India (PMI) on anonymity conditions plus the PMI itself has verified these most sensitive details on different open and hidden patterns, procedures and strategies as per quite  impartial, professional and natural journalistic ethics. 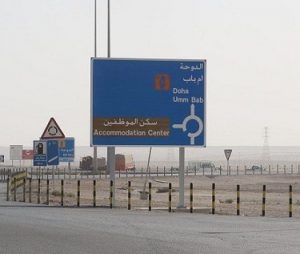 According to a report of one of most credible international media outlets “Al-Jazeera”; a 70-year-old Qatari man and his teenage son have been forcibly disappeared in Saidu Arabia three days after entering the kingdom on a family permit, according to Qatar’s National Human Rights Committee (NHRC).

In a statement on Wednesday, the NHRC said the whereabouts of Ali Nasser Ali Jarallah and his 17-year-old son, Abdulhadi, remain unknown following their arrest in Saudi Arabia’s Eastern Province on August 18.

“The National Human Rights Committee condemns the enforced disappearance of the Qatari citizen and his son, which violates their rights to liberty and security,” the committee said, calling for their immediate release.

The NHRC “holds Saudi Arabia fully responsible for the life and safety of the Qatari citizens and calls upon the Saudi authorities to disclose their fate and release them immediately”, it said. 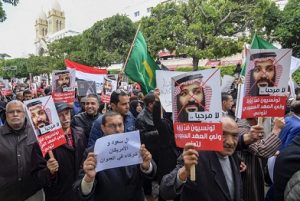 There was no immediate comment by Saudi authorities. Al-Jazeera reached out to the United Nations Office for the High Commissioner for Human Rights but did not receive a response by the time of publication.

Qatar has no diplomatic relations with Saudi Arabia after the kingdom along with fellow Gulf Cooperation Council (GCC) members United Arab Emirates and Bahrain, and Egypt severed its ties with Doha in June 2017.

The quartet also imposed a land, sea and air blockade against Qatar, accusing it of meddling in regional affairs and supporting “terrorism”. It issued a list of demands, including the shutting down of Al-Jazeera.

Doha has vehemently denied the allegations and rejected the demands, saying the blockade is an attack on its sovereignty. 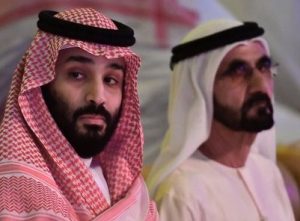 As part of the moves against Doha, Qatari families and students were abruptly expelled and banned from the blockading countries, in which previously, as citizens of a GCC member state, they were allowed to freely travel to and reside.

Qatari investors and businesspeople in these countries have also reported millions of dollars of losses as a result of the blockade.

Last year, the NHRC said several citizens had disappeared in Saudi Arabia since the start of the blockade. Some of them have since been released, while the fate of others remains unknown.

A Qatari official who spoke to media on the condition of anonymity said on Thursday that Qatari citizens wishing to visit Saudi Arabia for humanitarian reasons can call an official phone number made available by the kingdom in order to obtain a “humanitarian case number”. 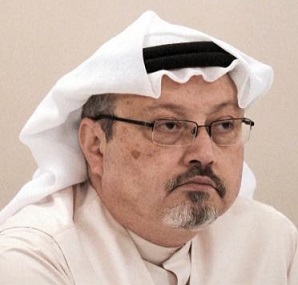 This would then allow them to enter the country at a port of entry – as happened with Jarallah and his son.

“Saudi Arabia has unfortunately been entrapping Qatari citizens who might want to visit Saudi Arabia for family reasons in order to pressure the Qatari government and weaken its image in their eyes,” Elham Bader al-Sada, a Qatari journalist and political analyst, told Al-Jazeera.

“Qatari citizens should be aware that the Saudi government cannot be trusted at all as it has become a rogue state bent on kidnapping innocent citizens only to settle political scores with their government,” she added.

Echoing al-Sada’s sentiments, Jaber Nasser al-Marri, the managing editor of Qatari daily Al Arab, argued that Saudi Arabia’s moves were an act of “revenge against the people of Qatar because they stood by their leadership.

“Since the beginning of the blockade, the Saudis have tried to instigate the Qatari tribes against the ruling family, but when they failed to do so they resorted to these kinds of despicable and inhumane tactics,” he told Al-Jazeera. 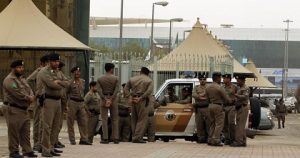 Not only the British Broadcasting Corporation (BBC) but Cable News Network (CNN) and another global media group have already been published, on-aired, flashed, broadcasted and acknowledged as well as verified “Pakistani Messenger’s” and “Indian PMI’s news” in this connection that neither no Saudi citizen has any security and safety in country while the foreigners have also insecure in KSA and after the research over 25 years on both Pakistani and Indian media reports (especially after the murder of Saudi journalist Jamal Khashoggi), the said media houses have started to induct the data of Messenger and PMI as references and quotes proudly and in a recent suicide blast during a wedding ceremony in Kabul, the said media quoted that the law and order situation is not only worst in Pakistan (for Shia, Ahmadi, Christian and Hindu minorities) than Afghanistan Yemen, KSA and Syria but this is first time in the history of the world that young girls and women are being either kidnapped, forcibly disappeared and murdered but also smuggled to abroad but neither the country’s entire media can publish these reports nor the state is ready to accept even listen a single world in this regard so please wait to read and see more exclusive.