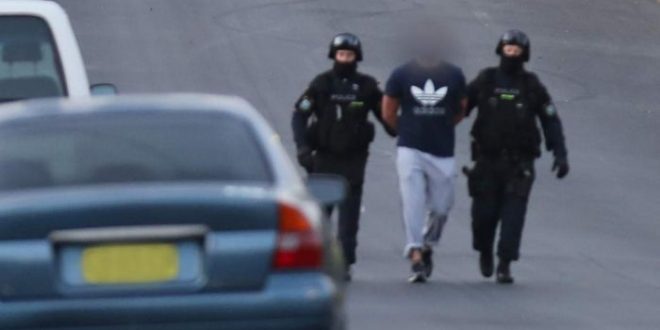 Another ISIL terrorist arrested in Australia 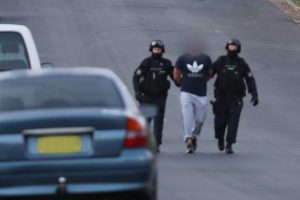 BRISBANE: Another Messenger’s news has been proved hundred percent correct but neither the local authorities nor global organizations are ready to get in touch with Messenger as well as to consider its news respectively because of their worst traditional and biased attitude, discriminatory behavior and immature, non-professional, unethical, immoral, illegal, monopolistic and odious policies while thousands of people from Australia and millions of populaces across the world also claimed that if the authorities will not believe in Messenger and its news seriously and on priority basis, the country may face irreparable wounds and unrecoverable losses.

Once again, it is mentioned here for record that Messenger has been publishing the news regarding the ISIS/ ISIL/ Daesh and other terrorists’ presence in Australia along with their activities, plans, targets and strategies during the last six years which were not only proved with times, dates and places sensitivities but also acknowledged by the said terrorists organizations but the acknowledgers have been threatening the Messenger’s correspondent by different types of direct and indirect communication methods hence, beside dozens of written and verbal complaints and despite flashing the issue through news neither the authorities in Australia nor in Pakistan took any action yet and according to the ‘individuals’, they all are either waiting for the death of concerned correspondent or trying to engage and relate him with terrorists and on the basis of fake and fabulous reasons they can deport him from Australia. 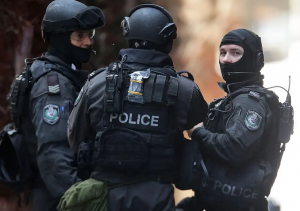 A 27-year-old was subsequently arrested and charged with attempting to provide support to a terrorist organisation, contrary to sections 11.1(1) and 102.7(1) of the Criminal Code 1995 (Cth).  The maximum penalty for this offence is 25 years imprisonment.

It will be alleged in court that the Algester man provided video-editing software to a relative who had travelled to the conflict zone and was working for the ‘media unit’ of the Islamic State in Iraq and the Levant (ISIL) terrorist organisation.

“The AFP is committed to working with national security and law enforcement partners to identify all criminality associated with Australians who illegally travelled to participate in the conflict in Syria and Iraq,” AC McCartney said.

“We will allege that the support this man provided was tangible and would directly assist a terrorist organisation with its objectives.” 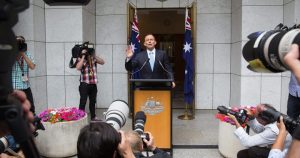 Assistant Commissioner Peter Fleming, Security and Counter Terrorism Command said “violent extremists from across the ideological spectrum exploit the online environment to spread propaganda and recruit individuals. The aim of extremists is to divide us and to turn our citizens against each other – but we will not let them win.”

There is no threat to the community in Queensland as a result of this investigation.

The dedicated investigators comprising the Joint Counter Terrorism Teams across Australia continue to work collectively to ensure those threatening Australia’s safety and national security will be brought to account for their actions.

Post Views: 39
2019-05-22
admin
Previous EC makes all arrangements for counting of votes on May 23
Next Coast Guard apprehends Pakistani Fishing Boat with 100 Kgs of Heroin