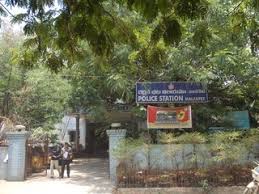 Hyderabad,  The Malakpet police have arrested an inter-state property offender Indrekar Sujith Kumar, 45, Naroda in GujaratState on January 15 and recovered stolen cash of Rs 1,45,000 and a Honda Unicorn motorcycle.

Police said the cash was stolen from two businessmen from scooter dickeys at Anand Nagar and Shahinayath Gunj areas by Indrekar Sujith Kumar along with his five accomplices who are absconding. The accused were identified with the help of Cell phones used by them and CC Camera footages.

Police said the accused came to Hyderabad from Ahmedabad along with their motorbikes by train and stayed in a local lodge. They made a recce in the Monda market areas in Secunderabad and observed the shopkeepers carrying money in scooter dickeys. The criminals followed them and committed theft of cash from scooter dickeys and went back to Ahmedabad by train along with their motor cycles. The main accused Indrekar Sujith Kumar was brought to Hyderabad on Thursday on Transit Remand and produced before the court on Friday.