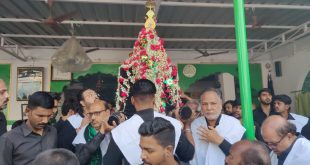 The group who took ACP inside the Masjid, why they are angry with his presence inside Alawae Sartaouq ? 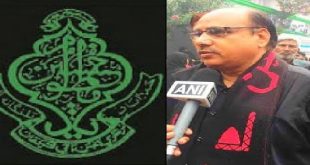 Hyderabad Oct 16 (PMI):  The Legal and Lawful President Mr Syed Najaf Ali Shoukat of Markazi Anjuman Matamai Gurohaan(MAMG), Hyderabad T.S (Regd) has responded to caveat flied in City Civil Court Hyderabad  by the illegal and unlawful so-called and self-styled president Syed Haqayaq Ali Khan Abedi @ Abbas Nawab and sent defamation notice to the people who had alleged baseless allegations against him regarding 10th Muharram Procession of Alam-e-BIBIs.a this year. They have again tried to misguide people through Video up loaded on Sada-e-Hussaini TV, Safir TV on 15th October   by their false allegation that Mr Syed Najaf Ali Shoukat has taken first step towards court and dragged the entire community to Court.

Whereas they had filed and sent caveat through registered post to Legal and Lawful President Mr Syed Najaf Ali Shoukat of Markazi Anjuman Matamai Gurohaan (Regd) and other body members on 5th October 2020 and have initiated the legal procedure. This clearly shows how they have been trying to misguide the Shia community and other people since day one by their baseless propaganda about timing of taking out Bibisa Alam-e-Mubarak on the day of Ashoora and other allegations leveled.

The intentions of illegal and unlawful members of Markaz under self-styled president Syed Haqayaq Ali Khan Abedi @ Abbas Nawab is to grab the attention  and sympathy of Shia community by misleading people with their statements against Legal and Lawful President of Markazi Anjuman Matamai Gurohaan (Regd) Mr Syed Najaf Ali Shoukat regarding receiving caveat and defamation notices. They have always been contradicting in their own statements where at one point they challenged to prove their allegation in court of law and now trying to put blame on Mr Syed Najaf Ali Shoukat for initiating legal action asking them to prove the allegations alleged by them in the Court of law and they tried to mislead Shia community people by saying the entire community has been taken to Court which is false and misguiding Azadaran-e-Imam Hussainas.

Further the biased coverage and the credibility of Sada-e-Hussaini TV and Safir TV is exposed in their interviews and videos uploaded where their doubled standard is out again. In one interview Mr Jaffar Hussain said Mr Syed Najaf Ali Shoukat did not sent defamation notice to Mr Shabbir Hussain Razvi (Mohd Ali) to protect himself as he (Mohd Ali) is brother in-law of MLC Mr Riyaz-ul-Hassan Effandi and in another video his reporter had asked Mr Shabbir Hussain Razvi (Mohd Ali) about his opinion on receiving defamation notice. Through their misleading and biased coverage the news organization is trying to fan the dispute to maintain their falling TRP.  (Press Media of India) 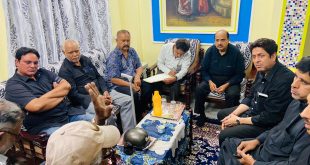