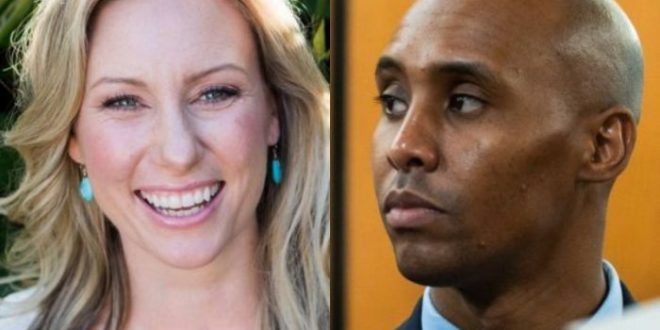 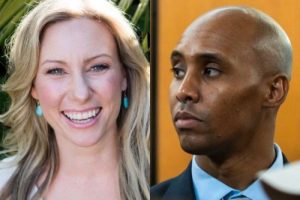 MELBOURNE/ SAINT PAUL: Former US police officer Mohamed Noor has been sentenced to 12-and-a-half years in jail for fatally shooting Australian woman Justine Damond Ruszczyk through the side of his police car.

Noor was convicted of third degree murder and second degree manslaughter for killing Ms Damond Ruszczyk just minutes after she called 911 to report a possible sexual assault in the alley behind her Minneapolis home in July 2017.

Judge Kathryn Quaintance said the jury members who convicted Noor had asked when US police culture would change.

“Will there be changes? Change is needed,” she said.

“Will some of the supervising officers be fired? Why should a civilian be afraid of approaching a squad car? What about the motto on the car to serve with compassion?”

Judge Quaintance also dismissed a defence motion to acquit Noor and set aside the jury verdict. 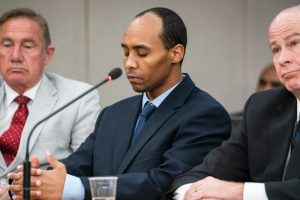 The judge said Noor had expressed remorse for the consequences of his actions but not the murder itself.

“He does not take personal responsibility for making an erroneous decision to fire a gun at her,” she said.

“He has not acknowledged that he could have handled the situation in any other way.”

Judge Quaintance noted that a large amount of money would be going to Australia as part of the $US20 million ($28 million) civil settlement, but said she hoped there would also be reform for locals.

Just before the sentencing, Noor stood before the judge and expressed remorse.

“I’ve thought and prayed about this for the last two years,” Noor said.

“I have owed Ms Ruszczyk’s family an apology for a long time. I did write them a letter while in jail and now I apologise in-person for taking the life of such a perfect person who was dear to them and so many others.”

Damond Ruszczyk’s American fiancé Don Damond, who testified as a witness in Noor’s trial, told the court in a five-minute-long statement that he could not convey the depth of his grief and trauma.

“How do I express the impact of the loss my beloved, my dearest friend and my future wife to be?” he said.

“How do I some up the pain and trauma of the last 23 months in this brief statement?” 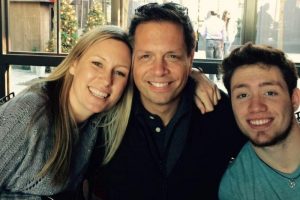 He tried to do so by reading a letter to his beloved, weeping as he did so.

“I miss you so much. Every day, I don’t understand how such a thing could happen,” he said.

Damond Ruszczyk’s Australian family was not in court but attorneys read letters on their behalf.

They said their family had been scarred forever and many members were suffering from ongoing grief and mental health problems.

“I am a father who has lost his daughter in an unnecessary violent act,” he said.

In his statement, Mr Ruszczyk demanded the maximum sentence for Noor.

Noor’s lawyers Tom Plunkett and Peter Wold had filed a court motion seeking no prison time in which they noted Noor “was never late for court”.

They cited his remorse and noted Noor’s background growing up in a refugee family.

“The community is armed to the teeth. We need cultural change.”

Outside court, a large group of Somali Americans protested the verdict, calling it an aberration of justice and an attack on Muslim immigrants. The protest dispersed quickly and peacefully.

For his part, Noor did not say a word as he was led away from court to begin his sentence.

The shooting of Justine Damond Ruszczyk cut short an Australian-American love story and highlighted differences between the two countries.

In Australia it seemed inexplicable — a woman fulfils her civic duty by calling police because she thinks someone is being raped only to end up dead herself.

The case was nowhere near as surprising to Americans, who are used to seeing roughly 1,000 deaths from police shootings a year.

Some of the most infamous shootings have occurred in the “Twin Cities”, Minneapolis and Saint Paul, where the deaths often have racial undertones. 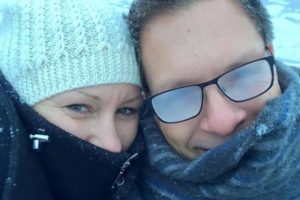 One of the most high-profile was school cook Philando Castile, who was shot and killed while reaching for his wallet at a traffic stop a few miles from central Minneapolis.

His girlfriend live-streamed the shooting as her child watched on. Castile’s police killer was acquitted on manslaughter charges.

Castile’s mother Valerie Castile told the ABC that more care went into Noor’s trial than her son’s, citing the lengthy jury selection in Noor’s compared to her son’s case.

Members of the Minneapolis Police Department were reluctant to speak with police.

It was only when the prosecutors convened a grand jury in December 2018 that they could gain the crucial evidence they needed to bring Noor to trial. 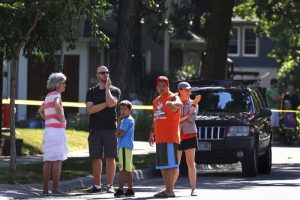 The trial has tarnished the reputation of the Minneapolis Police Department, which already saw its police chief resign over the incident.

Years of frustration at injustice mean minority groups, while sympathetic to Damond Ruszczyk’s family, are likely to continue to rage at what they see as a double standard.

Noor has returned to Oak Parks Height prison, one of the most secure prisons in the country.

Its exercise yard is ringed with officers with machine guns and no-one has ever escaped.

Due to the high security, it is known as a place where the worst offenders go — including some from interstate.

It also offers protection for targets for the prison population such as former police officer Noor.