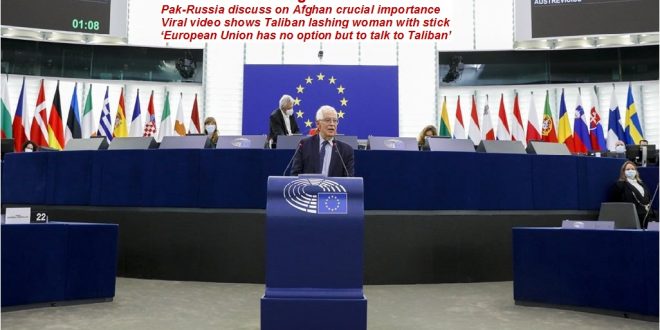 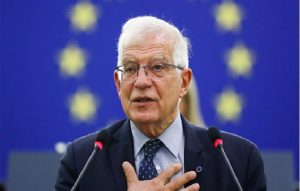 BRUSSELS/ WASHINGTON/ KABUL/ ISLAMABAD: The US has made it clear to Pakistan that it does not want Islamabad to recognise the Taliban government until it doesn’t give women their due rights and allows Afghans who want to leave the country, to do so.

In the first public hearing in Congress about Afghanistan since last month’s collapse of the US-backed Afghan government, US Secretary of State Blinken told the House of Representatives Foreign Affairs Committee that Pakistan has a “multiplicity of interests, some that are in conflict with ours.”

“It is one that involved hedging its bets constantly about the future of Afghanistan, it’s one that’s involved harboring members of the Taliban … It is one that’s also involved in different points cooperation with us on counterterrorism,” Blinken said.

Asked by lawmakers if it is time for Washington to reassess its relationship with Pakistan, Blinken said the administration would soon be doing that.

“This is one of the things we’re going to be looking at in the days, and weeks ahead – the role that Pakistan has played over the last 20 years but also the role we would want to see it play in the coming years and what it will take for it to do that,” he said. 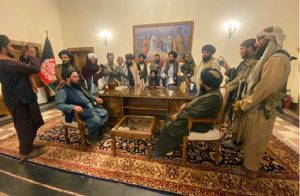 The United States’ withdrawal from Afghanistan culminated with a hastily organized airlift that left thousands of US-allied Afghans behind and was punctuated by a suicide bombing outside Kabul’s airport that killed 13 U.S. troops and scores of Afghans.

The US and Western countries are in a difficult balancing act in the aftermath of the Taliban’s victory – reluctant to recognize the group while accepting the reality that they will have to engage with them to prevent a looming humanitarian crisis.

Pakistan has had deep ties with the Taliban and has been accused of supporting the group as it battled the US-backed government in Kabul for 20 years – charges denied by Islamabad.

Speaking about the US-Taliban relationship, Blinken said it was time to end a war spanning two decades in Afghanistan. “We achieved our objectives in Afghanistan,” he said, adding that the Biden administration inherited the peace agreement with the Taliban from its predecessor.

He pointed out how 5,000 prisoners were released by the Taliban as part of the peace agreement, adding that had the US not honoured the pact, it could have resulted in more attacks on foreign forces. 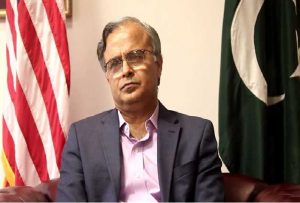 “The US was likely to suffer more losses by staying in Afghanistan,” he admitted. “There was no guarantee of the war ending anytime soon had the US decided to stay in Afghanistan for a longer duration.”

Blinken said the US has activated its diplomatic mission in Afghanistan, adding that Washington will keep helping US and Afghan citizens who are staying back in the country.

A top European Union (EU) diplomat Tuesday said the bloc has no option but to talk to Afghanistan’s new Taliban rulers and Brussels will try to coordinate with member governments to organize a diplomatic presence in Kabul.

“The Afghan crisis is not over,” EU foreign policy chief Josep Borrell told the European Parliament in Strasbourg. “To have any chance of influencing events, we have no other option but to engage with the Taliban.”

EU foreign ministers have set conditions for re-establishing humanitarian aid and diplomatic ties with the Taliban, who took control of Afghanistan on August 15, including respect for human rights, particularly women’s rights.

“Maybe it is a pure oxymoron to talk about human rights but this is what we have to ask them,” he said. 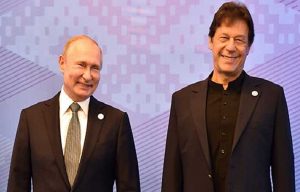 Borrell told EU lawmakers that the bloc should be prepared to see Afghans trying to reach Europe if the Taliban allow people to leave, although he said he did not expect migration flows to be as high as in 2015 caused by Syria’s civil war.

The European Commission plans to secure funding from EU governments and the common budget of 300 million euros ($355 million) both this year and next to pave the way for resettlement of around 30,000 Afghans.

Moreover, Pakistan is monitoring the ability of the new Taliban government in Afghanistan to deliver on the commitments and promises to uphold human rights that they have made to the international community before extending recognition to it, Ambassador Asad Majeed Khan has said.

“Whether the Taliban actually abide by those (commitments) is their call,” the Pakistani envoy said in an interview with The Washington Diplomat, an independent monthly newspaper that serves the diplomatic community in the US capital “but we have basically laid out our expectations, which is that we want the rights of everyone to be respected,” he said, when asked under what conditions Pakistan would recognize the Taliban government.

“We want that Afghani territory not be used against any other country, including Pakistan. We want human rights and women’s rights to be preserved.” 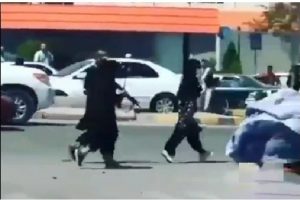 At the same time, Ambassador Khan said Pakistan believes “instead of indulging in give-and-take on these issues, right now what’s really important is to avert a humanitarian crisis.”

“Right now,” he said, “what’s really important is to basically not let things fall apart. Clearly, there is a new reality, which is a government under the Taliban.”

“The international community has to make a choice: between engaging—and that doesn’t necessarily mean recognition—and abandonment.”

Replying to a question about Islamabad-Washington ties, he said since 9/11, Pakistan has essentially been seen through the prism of Afghanistan.

“I can tell you that today; we are together on the same side in terms of our interests and expectations in Afghanistan: The US wants to see the conflict end; that’s also what we want. And we would like to see that the gains Afghanistan has made over the last few decades are preserved.”

When the Taliban came to power in Afghanistan last month, they promised to uphold women’s rights and said they would allow them to work and attend educational institutions. 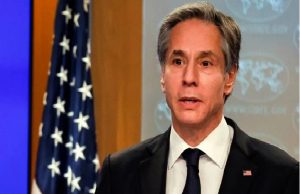 The new promise was in contrast to their previous rule between 1996 and 2001 when girls were banned from schools and universities, were prevented from travelling and working, and were forced to wear an all-covering burqa in public.

While many across the world believed that the Taliban may very well deliver their promises, the on the ground situation in Afghanistan apparently shows another picture.

In a recent viral video, a girl dressed up in a black-and-white outfit, a headscarf, and a face mask could be seen crossing a busy street in an Afghan city.

Two members of the Taliban one holding a Kalashnikov and another stick could be seen following the woman. As she continued to walk, one of the men ran towards her and lashed her with a stick, while another one could be seen pointing his gun towards her to threaten her.

Scared, the woman could be seen running away from the men.

The video was shared on Twitter by the former deputy speaker of the Parliament in Afghanistan Fawzia Koofi who was the first woman in the country to be elected to the post.

“Why???”, Koofi wrote in her tweet to express her surprise and disappointment at the gesture. 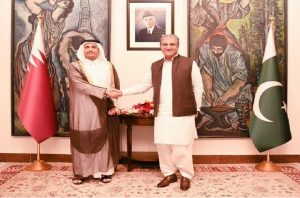 Meanwhile, Pakistani Prime Minister Imran Khan on Tuesday told Russian President Vladimir Putin that close coordination and consultations between Pakistan and Russia on the evolving situation in Afghanistan were of “crucial importance”, a statement from the Prime Minister Office said.

According to the statement, the premier’s remarks came during a telephone call he received from President Putin.

“Recalling their earlier telephone conversation of August 25, the two leaders exchanged views on the latest developments of Afghanistan, bilateral cooperation, and collaboration in the Shanghai Cooperation Organization (SCO),” said the statement.

It said that the prime minister underscored the importance of peace and stability in Afghanistan for regional security and prosperity. “He emphasized the urgent need for provision of humanitarian assistance to Afghanistan and the imperative of averting an economic crisis,” the statement added.

According to the statement, the premier further underlined the need for the international community to remain engaged in Afghanistan. He stressed that the Afghan people should not be abandoned at this crucial juncture. 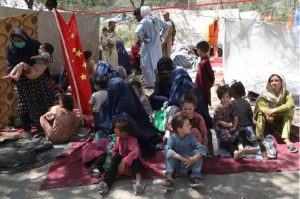 In the bilateral context, the prime minister emphasized the growing cooperation across a range of sectors and reaffirmed Pakistan’s commitment to further upgrade the overall relationship. He underscored that strengthening trade and investments and energy cooperation were the “cornerstones” of engagement with Russia.

The prime minister, according to the statement, also reaffirmed the government’s resolve for early realization of the Pakistan Stream Gas Pipeline Project.

“Relations between Pakistan and Russia have been on an upward trajectory propelled by converging views on important regional and international issues, growing trust, and increasing bilateral cooperation manifested by recent high-level interactions,” the statement noted.

“The two leaders agreed to remain in close contact,” it concluded by saying.