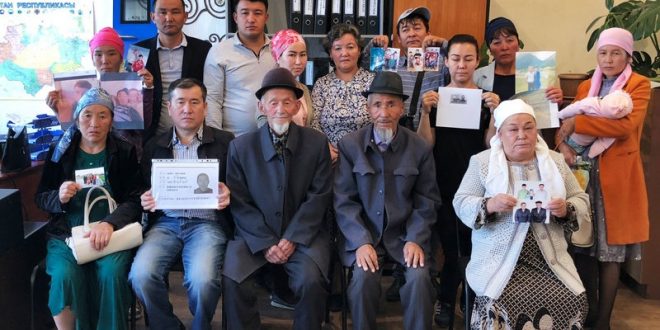 WASHINGTON/ BEIJING: The United States on Thursday imposed sanctions on Chen Quanguo, a member of China’s powerful Politburo, and three other senior officials, accusing them of serious human rights abuses against the Uighur Muslim minority in a move likely to further increase tensions between Washington and Beijing. 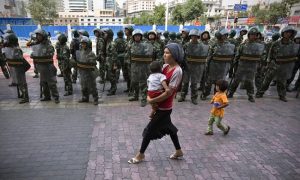 Chen is the Communist Party Secretary in the far western region of Xinjiang, where the UN estimates about one million Uighurs have been detained in re-education camps that China describes as vocational skills training centres necessary to combat “extremism”.

He is the most senior Chinese official ever to have been blacklisted by the US.

“The United States calls upon the world to stand against the CCP’s acts against its own minority communities in Xinjiang, including mass arbitrary detention, forced labour, religious persecution, and forced birth control and sterilisation,” a White House official told reporters, saying the blacklisting was “no joke”.

The Chinese embassy in Washington did not immediately respond to a Reuters news agency request for comment.

The sanctions were imposed under the Global Magnitsky Act, a law that allows the US government to target human rights violators around the world with freezes on any US assets, US travel bans and prohibitions on Americans doing business with them. 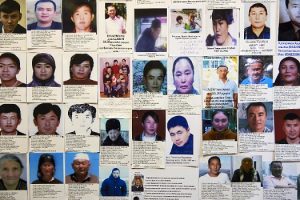 US Secretary of State Mike Pompeo said he was also imposing further visa restrictions on Chen, Zhu, and Wang, barring them and their immediate family from the United States.

The US Treasury Department said Chen implemented “a comprehensive surveillance, detention, and indoctrination program in Xinjiang, targeting Uighurs and other ethnic minorities” through the Xinjiang Public Security Bureau.

Chen was born in the rural, central province of Henan and rose quickly within the Communist Party, according to research by Adrian Zenz and James Leibold published by the Jamestown Foundation. He took control in Tibet in 2011 developing an extensive network of police surveillance and control to quell unrest and restore stability. Chen moved to Xinjiang in 2016, ‘accomplishing in a single year what took him five years in Tibet,” the researchers wrote. 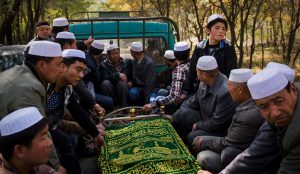 China threatened retaliation after US President Donald Trump signed the legislation in June, calling for sanctions over the repression of China’s Uighurs.

Republican Senator Marco Rubio, who sponsored the legislation, told Reuters the move was “long overdue” and more measures were required.

“For far too long, Chinese officials have not been held accountable for committing atrocities that likely constitute crimes against humanity,” Rubio said.

“May the UK, Canada, Australia and the EU take similar actions,” she wrote on Twitter. “Hope the Admin will implement this law to sanction Chinese officials who commit abuses in Tibet, Hong Kong or on the Mainland.”

Her view was echoed by Uighur groups outside China.

“These individuals actions against Uyghurs are absolutely abhorrent and should be addressed by the rest of the world as well,” Omar Kanat, the director of the Uyghur Human Rights Project, wrote. (Int’l Monitoring Desk)