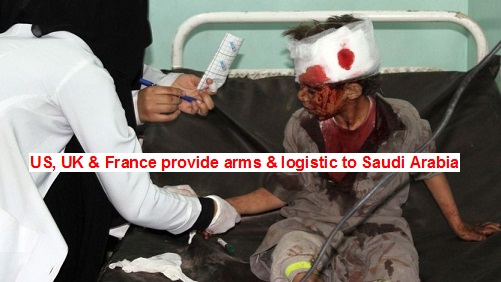 America may be held responsible for Yemen crimes: UN 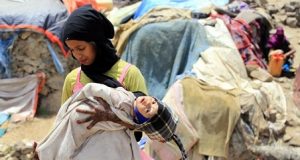 DAMASCUS/ RIYADH/ NY: The United Kingdom (UK), United States of America (USA), and France may be complicit in possible war crimes in Yemen over their support for parties to the conflict there, UN experts say.

A new report warns the countries they could be held responsible for aiding or assisting the commission of violations.

The experts say both sides continue to commit violations with impunity.

Their report documents air strikes on civilian infrastructure, indiscriminate shelling, snipers, landmines, as well as arbitrary killings and detention, torture, sexual and gender-based violence, and the impeding of access to humanitarian aid in the midst of the worst humanitarian crisis in the world. 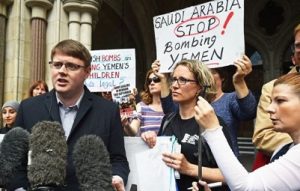 The UN says the four-year conflict has claimed the lives of at least 7,290 civilians and left 80% of the population – 24 million people – in need of humanitarian assistance or protection, including 10 million who rely on food aid to survive.

The Group of International and Regional Eminent Experts on Yemen conducted 600 interviews with victims and witnesses, and examined documentary and open-source material, for their second report for the UN Human Rights Council.

It says they found reasonable grounds to believe Yemen’s government and the Saudi-led coalition, as well as the Houthis, had enjoyed a “pervasive lack of accountability” for violations of international humanitarian and human rights law.

The experts investigated a number of coalition air strikes on rebel-held areas in which civilians were killed. Such strikes raised concerns about the identification of military objectives and 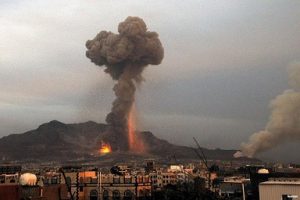 respect for the principles of proportionality and precautions in attack, they say. If there were breaches of the latter, which the experts consider highly likely, they would amount to serious violations of international law.

The experts also found reasonable grounds to believe that the Houthis were responsible for serious violations of international humanitarian law for having launched indiscriminate attacks resulting in the death or injury of civilians and, in some cases, by directing attacks against civilians.

All parties may also have used starvation as a method of warfare.

The experts call for the immediate cessation of all acts of violence committed against civilians and urge other states to refrain from providing weapons. 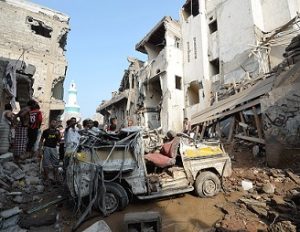 “States are obliged to take all reasonable measures to ensure respect for international humanitarian law by other states. Furthermore, the Arms Trade Treaty, to which France and the United Kingdom are parties, prohibits the authorization of arms transfers with the knowledge that these would be used to commit war crimes,” they note.

“The legality of arms transfers by France, the United Kingdom, the United States and other states remains questionable, and is the subject of various domestic court proceedings,” they add.

Melissa Parke, an Australian member of the Group of Experts, told reporters in Geneva: “It is clear that the continued supply of weapons to parties to the conflict is perpetuating the conflict and prolonging the suffering of the Yemeni people.”

Where possible, the experts have identified “individuals who may be responsible for international crimes” and submitted a confidential list of their names to the UN High Commissioner for Human Rights. 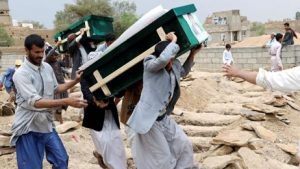 There was no response to the report from the coalition, the Yemeni government or the Houthis. But they have all previously denied carrying out war crimes.

A UK government spokesperson said: “The UK has been at the forefront of international efforts to bring a diplomatic solution to the appalling conflict in Yemen. We operate one of the most robust export control regimes in the world.”

UK government ministers have said in the past they cannot determine whether any civilian deaths have been the result of British bombs or planes because they coalition does not track their use.

The US has argued against halting arms sales or assistance to the coalition, saying that continuing them is more likely to help limit civilian casualties.