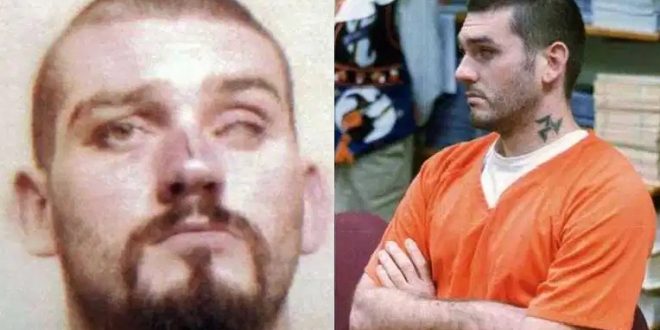 TERRE HAUTE (INDIANA): US murderer Daniel Lewis Lee has been put to death, hours after the Supreme Court allowed the first executions of federal inmates in 17 years. 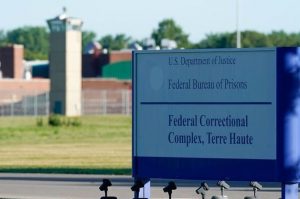 Several executions were initially delayed when a judge ruled on Monday that there were still unresolved legal challenges.

The condemned prisoners had argued that lethal injections constitute “cruel and unusual punishments” but the Supreme Court voted 5-4 that “executions may proceed as planned”.

Lee was executed by lethal injection in Terre Haute, Indiana, early on Tuesday.

Some relatives of his victims had opposed the execution and sought to have it delayed, arguing that attending it could expose them to coronavirus.

Earlene Peterson, 81, whose daughter, granddaughter and son-in-law were killed by Lee, said she wanted the 47-year-old to be given life in jail, the same sentence as his accomplice.

Lee was convicted of torturing and killing a family of three in Arkansas in 1996, dumping their bodies in a lake.

Postponed from December, his execution had been rescheduled for 16:00 (20:00 GMT) on 13 July, but was blocked by a ruling from District Judge Tanya Chutkan. 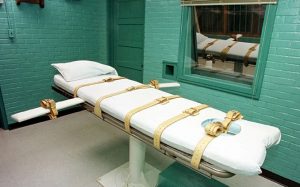 “The court… finds that the likely harm that plaintiffs would suffer if the court does not grant injunctive relief far outweighs any potential harm to defendants,” the judge said.

Her ruling was consequently overruled by the Supreme Court, which said: “The plaintiffs in this case have not made the showing required to justify last-minute intervention by a Federal Court.”

Under the US justice system, crimes can be tried either in federal courts – at a national level – or in state courts, at a regional level.

Certain crimes, such as counterfeiting currency or mail theft, are automatically tried at a federal level, as are cases in which the US is a party or those which involve constitutional violations. Others can be tried in federal courts based on the severity of the crimes.

The death penalty was outlawed at state and federal level by a 1972 Supreme Court decision that cancelled all existing death penalty statutes.

A 1976 Supreme Court decision allowed states to reinstate the death penalty and in 1988 the government passed legislation that made it available again at federal level. 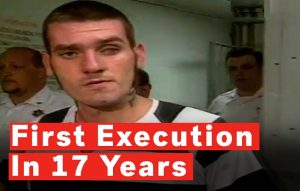 According to data collected by the Death Penalty Information Center, 78 people were sentenced to death in federal cases between 1988 and 2018 but only three were executed. There are 62 inmates currently on federal death row.

Three more federal executions are scheduled in the near future. All three prisoners are, like Lee, child killers:

Wesley Ira Purkey, who was sentenced in Missouri in 2003 for the rape and murder of a 16-year-old girl whose body he dismembered, burnt and dumped in a septic pond, is due to be executed on Wednesday

Dustin Lee Honken, sentenced in Iowa in 2004 for shooting dead five people including two girls aged six and 10, is due to be executed on Friday

Keith Dwayne Nelson, sentenced in Missouri in 2001 for the rape and murder of a 10-year-old girl behind a church, is set to be executed next month

The execution of Lee and the four others that were delayed were all set to use an injection containing the drug pentobarbital. 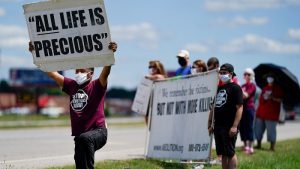 The inmates have argued the drug violates their constitutional right not to have “cruel and unusual punishments inflicted”, because it has allegedly caused additional medical problems in previous uses.

A lawyer for one of the four federal death-row inmates said in a statement on Monday: “The government has been trying to plough forward with these executions despite many unanswered questions about the legality of its new execution protocol.”

The Trump administration said it would resume federal executions after a long hiatus last year.

In a statement at the time, Attorney General William Barr said: “Under administrations of both parties, the Department of Justice has sought the death penalty against the worst criminals.

“The Justice Department upholds the rule of law – and we owe it to the victims and their families to carry forward the sentence imposed by our justice system.” (Int’l Monitoring Desk)