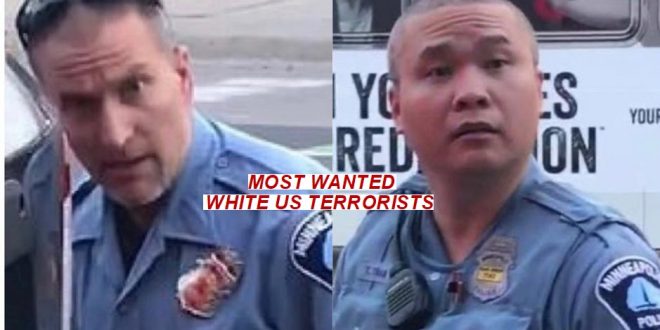 SAINT PAUL/ WASHINGTON: The US National Guard has been deployed to Minneapolis after two nights of violent clashes following the death of an unarmed black man in police custody.

George Floyd, 46, died on Monday and video showed him gasping for breath as a white policeman knelt on his neck.

Police fired tear gas at protesters as businesses were looted on Wednesday. More protests are planned for Thursday. 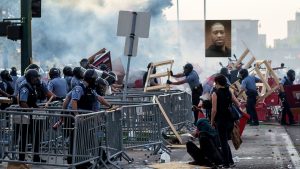 There have also been protests in Chicago, Illinois, Los Angeles, California, and Memphis, Tennessee.

The killing added to longstanding anger over the police killings of black Americans, including the recent cases of Ahmaud Arbery in Georgia and Breonna Raylor in Kentucky.

Minnesota Governor Tim Walz activated the state’s national guard troops on Thursday at the request of the mayors of Minneapolis and nearby St Paul, declaring the situation a “peacetime emergency”.

He said the looting, vandalism and arson of a night earlier had resulted in damage to many businesses, including ones owned by minorities.

“George Floyd’s death should lead to justice and systemic change, not more death and destruction,” he said in a statement calling on all protests to remain peaceful.

Minneapolis Mayor Jacob Frey called on Wednesday for criminal charges against the policeman who was filmed pinning down Floyd. Four police officers involved in the arrest have already been fired.

The incident echoes the case of Eric Garner, who was placed in a police chokehold in New York in 2014. His death became a rallying cry against police brutality and a catalyst in the Black Lives Matter movement.

They began in the afternoon on Tuesday, when hundreds of people came to the intersection where the incident had taken place.

Organisers tried to keep the protest peaceful and maintain coronavirus social distancing, with demonstrators chanting “I can’t breathe” and “it could’ve been me”.

During the second night of demonstrations on Wednesday, the crowd grew into the thousands, with protesters pelting rocks and some throwing tear-gas canisters back at police. 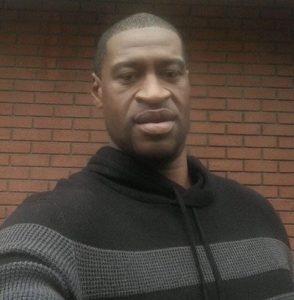 There was a standoff outside the police station where officers formed a human barricade to prevent protesters gaining entry.

The morning after a violent and destructive night across this city, the air was thick with acrid smoke as buildings continued to smoulder.

This thriving commercial corner of the city has taken on the look of a war zone.

Much of the worst damage was concentrated around the Minneapolis Police Department’s 3rd Precinct, where the officers involved in the killing of George Floyd are believed to have worked.

At least 100 demonstrators gathered once again this morning, shouting at a line of silent, helmeted police officers blocking the entrance to the precinct’s parking lot. Armed officers watched from the roof.

The car park of a looted Target was strewn with debris from inside the store, and people were still freely going in and out of smashed windows and doors, though it appeared to be more out of curiosity than anything. Everyone seemed agog at the extent of the damage.

And it was indiscriminate.

Banks, cheque cashing shops and liquor stores were hit, but the windows of a public library branch were also smashed in, the bookshelves and reading desks scattered with glittering fragments. The classrooms of a charter school in the same strip mall complex as the Target were under several inches of water, as a security alarm droned on from somewhere.

Anger in the streets was palpable. Periodically there were shouts and wails. It seems a foregone conclusion that demonstrations will continue for days if not weeks, and further violence could follow. As one protester told me: “It’s sad. But this is how they’re going to listen.” 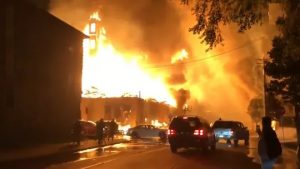 “I’m never gonna get my brother back,” he said. “We need justice.”

Speaking through tears, he said the officers who “executed my brother in broad daylight” must be arrested and that he was “tired of seeing black men die”.

He added that he understood why protesters were lashing out.

“I can’t stop people right now because they have pain – they have the same pain that I feel.”

Minneapolis Police Chief Medaria Arradondo apologised for the “pain, devastation and trauma” caused by Floyd’s death and said his department had contributed to “a deficit of hope” in the city.

She called for protesters to act peacefully, and for police to “take utmost care not to inflame the current situation even more”.

“He wants justice to be served.”

A number of celebrities and athletes, including John Boyega, LeBron James, Beyonce, and Justin Bieber, have also expressed outrage over the incident.

Officers responding to reports of the use of counterfeit money approached Floyd in his vehicle on Monday.

According to police, he was told to step away from the car, physically resisted officers and was handcuffed. The police statement noted his apparent “medical distress”.

Video of the incident does not show how the confrontation started.

A white officer can be seen using his knee to pin Floyd to the ground by the neck as Floyd groans “please, I can’t breathe” and “don’t kill me”.

Local media have named Chauvin as the officer seen with his knee on Floyd’s neck.

The Minneapolis Police Officers Federation said the officers were co-operating with the investigation. In a statement to local media, the union said “now is not the time to rush to judgment”.

“We must review all video. We must wait for the medical examiner’s report.”

One of the ex-officers – Derek Chauvin, 44 – had previously been involved in three other police shootings and had 17 complaints filed against him over his 19-year career, according to the Associated Press.