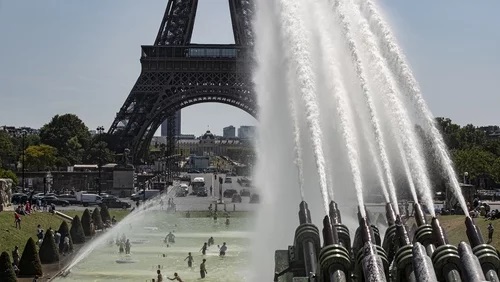 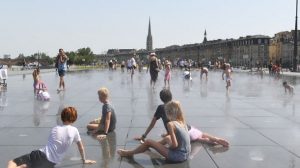 PARIS/ NEW YORK: The entire Europe, America and Canada suffer hottest weather now-a-days while the French city of Bordeaux has hit its highest temperature since records began, as Western Europe braces for the second heatwave to hit this summer.

Forecasters predict a record-breaking run across Europe this week, including Belgium, Germany and the Netherlands. 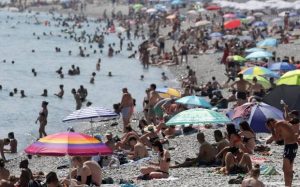 “As we saw in June they are becoming more frequent, they’re starting earlier and they’re becoming more intense,” Claire Nullis added. “It’s not a problem that’s going to go away.”

Much of France has been issued with an orange alert – the second highest level of warning.

Comparisons have been drawn to a heatwave France experienced in August 2003, during which heat contributed to almost 15,000 deaths.

The mercury is also expected to climb to 40C in a string of countries:

In an unprecedented move, Belgium has issued a code red weather warning for the whole country 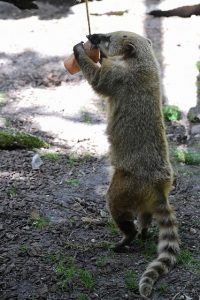 Spain declared a red alert in its Zaragoza region, which was hit by devastating wildfires last month. The European Commission’s Copernicus Climate Change Service says the risk of wildfires is high in Spain and in Portugal

In the Netherlands, the government activated its “national heat plan”

In the UK, temperatures are predicted to exceed 35C, and could be the highest ever recorded

To limit the heating of water used to keep its nuclear reactors cool, French energy firm EDF said it would be shutting two reactors at the Golftech nuclear power plant in the southern Tarn-et-Garonne region.

Ice foot baths and extra water points are being made available to cyclists competing in the Tour de France – which is entering its final week – to avoid dehydration.

The French government is outlawing animal transportation “for economic reasons” between 13:00 (11:00 GMT) and 18:00 in areas affected by heat alerts. 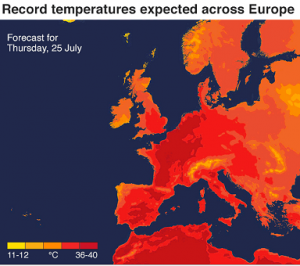 The French weather service has reported temperatures of 42C in areas of the south-west. It is expected the heat will not dip below 20C for the rest of the week.

An intense heatwave swept through areas of Europe last month, making it the hottest June on record. 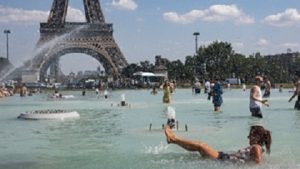 Linking a single event to global warming is complicated. While extreme weather events like heatwaves occur naturally, experts say these will happen more often because of climate change.

Records going back to the late 19th Century show that the average temperature of the Earth’s surface has increased by about one degree since industrialisation.

A climatology institute in Potsdam, Germany, says Europe’s five hottest summers since 1500 have all been in the 21st Century.

Scientists are concerned that rapid warming linked to use of fossil fuels has serious implications for the stability of the planet’s climate. (Int’l News Desk)