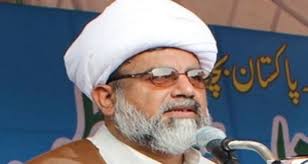 “They plotted to weaken Pakistan by creating differences Sunnis and Shias. However, their machination to pit Sunni- Shia against each other failed,” he said, speaking at Yaad-e-Shohda Conference in Hangu.
MWM leader said that Pakistan is heart of this entire region and Shia Muslims are heart of Pakistan and for that reason, enemies of Pakistan first target and weaken Shias when they plot to weaken Pakistan.
He said geostrategic location make Pakistan and important country in the region and even China attached great importance to Pakistan hence US administration and Zionist regime consider it a thorn in their eye.
Allama Raja Nasir said that Shia martyrs were loyal and brave sons of Pakistan and Islam and their sacrifices and their role would remain alive among Pakistanis. He said that takfiris were invented against humanity and their first target are Shia Muslims because Shias are the first defence line of Pakistan, Islam, Muslims and humanity.

Post Views: 92
2019-02-09
admin
Previous Ponguleti resents allocation of all party posts to one Congress leader in Khammam district
Next US WEAPONS GIVEN TO AL QAEDA IN YEMEN BY SAUDI ARABIA, UAE