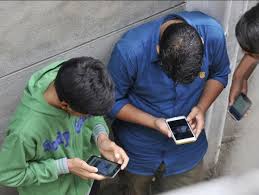 In Jammu and Kashmir, all post-paid mobile phones will start functioning normally from Monday 12 noon in the remaining areas of J&K.

This was stated by J&K Government Spokesperson, Rohit Kansal in Srinagar today.  This can be described as a major step towards easing curbs in the state. The mobile services in Jammu and Kashmir were shut down on August 5 after the Centre announced scrapping of Article 370 of the Constitution.

The move comes barely days after the Centre issued an advisory opening the valley for tourists. Partially fixed-line telephony was resumed in the Valley on August 17, and by September 4 all landlines were declared operational.

In Jammu, the communication system was restored within days of the blockade and even mobile Internet was started around mid-August. However, after its misuse, the Internet facility on cellular phones was snapped on August 18.