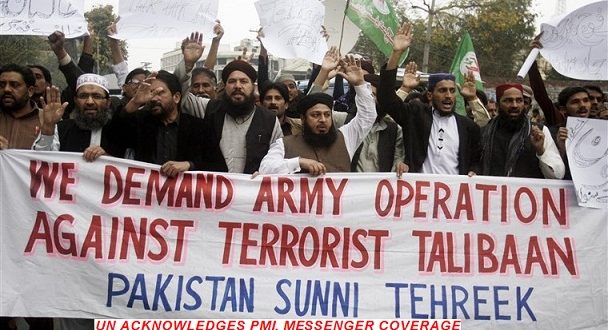 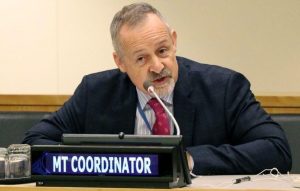 UNITED NATIONS/ KABUL/ DOHA/ RIYADH/ DUBAI/ BAGHDAD/ DAMASCUS/ ISLAMABAD/ KARACHI: Last but not least, no to Press Media of India (PMI) or Messenger but only to BBC (PMI treats it as discrimination rather than to issue an official handout for all media outlets), an official of United Nations Organizations (UNO/ UN) spoke out the truth but half (not whole) acknowledging that al-Qaeda ‘heavily embedded’ within Taliban in Afghanistan (also known as Tehreek-e-Taliban Afghanistan/TTA) which is not only alarming but also dangerous for regional peace and later on the said official revealed further details in this connection but neither the honorable official disclosed who are Taliban, how many kinds of Taliban, where they live or exist worldwide (especially in Pakistan), who created them, who are the supporters, facilitators, sponsors, companions and enemies of Taliban, what they have done and what they are doing at present, what are their plans and policies, who are their enemies and friends, what are the links of Taliban with other terror 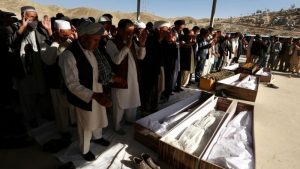 organizations like al-Qaeda and Boko Haram, how Taliban act and react, how many groups are associated with Taliban, who prepares suicide attackers etcetera? While on the other hand the PMI and Messenger have already been answered all above questions in details through exclusive and impartial reporting during the last two decades with solid and undeniable evidences particularly the existence of Taliban and their associated groups like Jamat-e-Islami (JI), Lashkar-e-Jhangvi (LeJ), Jaish-e-Muhammad (JeM), Lashkar-e-Tayyaba (LeT), Sipah-e-Sahaba Pakistan (SSP), Ahle Sunnat Wal Jamaat (ASWJ) and many other active networks with same, familiar an changed names and recognitions.

Today, British Broadcasting Corporation (BBC) reported on behalf of an official of UN that al-Qaeda is still “heavily embedded” within the Taliban in Afghanistan, in spite of a historic US-Taliban agreement earlier this year. 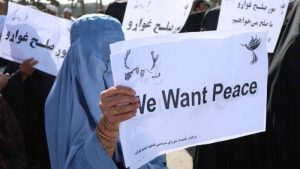 BBC reports; earlier this year, the US signed an agreement with the Taliban committing to withdrawing all American forces from the country by next summer if the Taliban ensured groups including al-Qaeda were not able to use Afghan territory to plot international attacks but Edmund Fitton-Brown, Coordinator of the UN’s Islamic State, Al-Qaeda and Taliban Monitoring Team, has told the BBC that the Taliban promised al-Qaeda in the run-up to the US agreement that the two groups would remain allies.

“The Taliban were talking regularly and at a high level with al-Qaeda and reassuring them that they would honor their historic ties,” Fitton-Brown said.

He said the relationship between al-Qaeda and the Taliban was “not substantively” changed by the deal struck with the US. “Al-Qaeda is heavily embedded with the Taliban and they do a good deal of military action and training 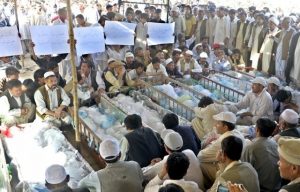 action with the Taliban, and that has not changed,” he said.

Eliminating the threat from al-Qaeda and overthrowing the Taliban regime that had harbored them was the original basis for the US invasion of Afghanistan, following the 9/11 attacks. At the time, President George W Bush vowed to hunt the militants until there was “no place to run, or hide, or rest”.

Al-Qaeda’s strength and ability to strike the West has significantly diminished over the past decade, but its leader Ayman al-Zawahiri is believed to still be based in Afghanistan along with a number of other senior figures in the group. The Afghan intelligence services announced on Saturday they had killed Husam Abd al-Rauf, a high ranking Egyptian al-Qaeda member, in an operation in Ghazni province. Fitton-Brown told the BBC that despite its lower profile, al-Qaeda remained “resilient” and “dangerous”. 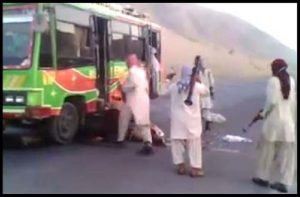 Taliban officials have insisted that they will fully adhere to the conditions of their agreement with the US: preventing any group from using Afghan soil as a base to plan attacks against the US and its allies. The insurgents say they aim only to implement an “Islamic government” within Afghanistan, and will not pose a threat to any other country.

The Taliban has also highlighted its fight against Islamic State group militants as an example of its commitment against other extremists. But the Taliban regard IS as rivals, whereas they have had a close relationship with al-Qaeda since that groups’ inception.

Fitton-Brown said he had noted recent reports about the Taliban requiring some Pakistani foreign fighters in Afghanistan to register with them and abide by a code of conduct forbidding attacks outside Afghanistan. Fitton- 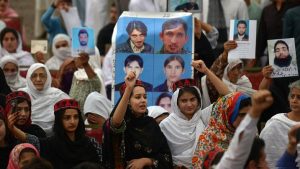 Brown said it was not yet clear whether that agreement applied to al-Qaeda, nor whether it was an “irrevocable” move toward preventing foreign militants posing a threat internationally from Afghanistan.

American officials have been vague when questioned as to whether or not they believe the Taliban is fully complying with its commitments on al-Qaeda, often suggesting that the information is classified. Ambassador Nathan Sales, coordinator for counterterrorism at the US state department, told the BBC: “We expect the Taliban to honor the commitments that they made… to end all connections with terrorist organizations in Afghanistan. We intend to continue monitoring the situation very closely to ensure actions are matching words, “but with the Afghan conflict mired in a deadly and costly stalemate, President 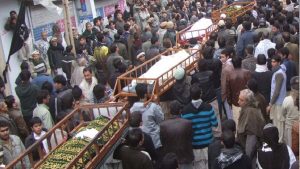 Trump has made clear his desire to bring US troops home as soon as possible. The number has already been reduced to about 4,500, with a further reduction to 2,500 expected by January 2021.

One diplomat closely observing the process told the BBC the US withdrawal plans were no longer “condition based” but “agenda based”, suggesting President Trump’s overriding priority is to end America’s longest-ever war. At times President Trump has appeared out of step with military advisers, recently criticizing defence officials who, he said, “want to do nothing but fight wars”.

Speaking to the BBC, Rahmatullah Andar, a former Taliban commander and now spokesman for the Afghan

government’s National Security Council, warned of the threat of resurgence from al-Qaeda and other global militant groups. “The Americans might think the agreement they have signed with the Taliban will sort everything out,” he said. “But time will prove that’s not the case.”

Taliban officials too have often been vague when asked about their relationship with al-Qaeda, at times claiming the group no longer has any presence in Afghanistan. Last year, al-Qaeda in the Indian Subcontinent, the regional branch of the group, released a video of an ambush it carried out against Afghan government forces in support of the Taliban.

Al-Qaeda members swear allegiance to the Emir, or leader, of the Taliban. When asked last year how the Taliban 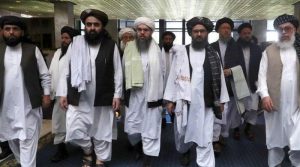 could crack down on a group that pledges loyalty to its leader, a Taliban official in Doha claimed that the latest oath by the leader of al-Qaeda had never been formally “accepted”. Another former Taliban figure told the BBC that the pledge of allegiance could be considered “invalid” if al-Qaeda disobeyed Taliban orders to refrain from plotting attacks abroad.

How the Taliban’s relationship with al-Qaeda develops could determine the future of the Afghan peace process. The Taliban’s commitments on international terrorism are the most tangible demands that need to be met as part of the US-Taliban withdrawal agreement. However, the issue is likely to prove divisive, with Taliban hardliners thought to oppose any measures cutting their links with al-Qaeda. 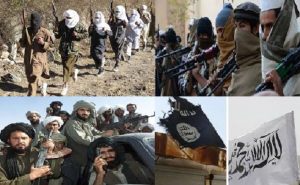 It is feared the Afghan peace process is in any case losing its momentum. Despite the beginning of long delayed negotiations between the Taliban and an Afghan government-led delegation last month in Qatar, violence has continued and even intensified in recent weeks.

The negotiations have stalled amid attempts to resolve preliminary issues, with major issues such as a ceasefire or power-sharing arrangement yet to be discussed. There are fears that if US troops are withdrawn next year, before an agreement have been reached, the violence could intensify and the Taliban push for a military victory.

Fitton-Brown warned that, were the peace process to fall apart, al-Qaeda and the Islamic State group could attempt to further exploit “ungoverned space” in Afghanistan.

“Both of those groups have an avowed aspiration to pose an international threat,” he said.