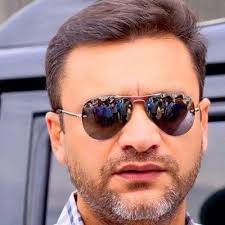 Hyderabad, Dec.22 (PMI): MIM floor leader in the Assembly Akbaruddin Owaisi, who was suffering from acute stomach pain and was admitted to Owaisi hospital here on Friday night, was discharged from the hospital today. Family sources said Akbaruddin Owaisi developed severe vomiting for the last three days. After he complained of severe stomach ache, family members rushed him to the hospital where doctors kept him under observation. He suffered a serious injury in the stomach in the murderous attack on him on April 30, 2011. His close followers said Owaisi began to experience stomach pain and fell ill. His aides shifted him to the Owaisi hospital. The doctors, who provided treatment, said the MIM leader’s condition was normal now. Owaisi reportedly told his followers and party workers that he was facing a lot of health problems, including total damage of his kidneys after an attack on him by his rivals a couple of years back. He also reportedly told them that this was the last elections for him given his deteriorating health condition and he was undergoing dialysis for the proper functioning of his kidneys. (PMI)