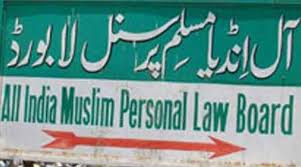 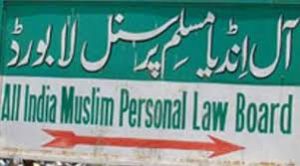 Hyderabad,  The All India Muslim Personal Law Board on Sunday expelled its working committee member Maulana Salman Nadvi and issued the Hyderabad Declaration as its final conclusion of the three-day deliberations held at the 26th plenary at Owaisi Hospital.
The Board also reiterated that the stand taken by it on Babri Masjid demolition remained unchanged. The AIMPLB members also discussed the model ‘nikahnama’ which includes a clause aimed at discouraging triple talaq. AIMPLB            president Maulana Rabey Hasani Nadvi presided over the meeting attended by over 400 members/special invitees, including Ulemas, intellectuals, social and political personalities. The meeting discussed and decided to protect the Islamic Shariah.
It was decided that the Babri Masjid is an essential part of faith in Islam and Muslims can never abdicate the Masjid nor they can exchange land for Masjid or gift the Masjid land. Babri Masjid is a Masjid and it shall remain a Masjid till eternity. By demolishing Babri Masjid, it never loses its identity as a masjid. And according to Shariah, it always remains a Masjid. Without any doubt, we make it clear that the struggle for the reconstruction of Babri Masjid continues and the appeal in Supreme Court is being fought rigorously with all the resources available at the disposal of the Board. The country’s topmost lawyers are appearing on behalf of the Muslims and we believe that the Almighty Allah will make us successful in the Supreme Court. Ameen. The AIMPLB fully supports and endorses the reform movement launched by the Board and it is also decided that state-wide committees and district-level committees will be formed. These will be under the aegis of the central body.
“The Talaq-e-Biddat Bill moved by the Union government is anti-women. It will create more difficulties for women. It is against Shariah and it is against the Constitution. The efforts made by the Board will continue to stop this bill in the Rajya Sabha. The Board will start a country-wide awareness campaign against this Bill and will also coordinate with the opposition parties which are opposing the Bill. Country-wide, women’s empowerment meetings will be continuously held”, it said. In the plenary, various committee reports were discussed and the members present expressed their satisfaction on their working of the Board.
The Board president said the Islamic laws are based on the Holy Quran and the Sunnah of the Prophet Muhammad (Peace Be Upon Him). The Muslims will not accept any amendments or any proposals for amendments in the Shariah. India is a secular, democratic country which allows the Muslims and other communities to practise their religion according to their religious laws and customs. In the present circumstances, the Board will focus its energies on Islah-e-Mashaira (Social Reform movement), for empowerment and implementation of the rights of Muslim women, to ensure that every reconciliatory step is taken to protect the sanctity of marriage, to ensure that all steps are taken so that the rights of the Muslim women divorcees are taken care by their families.
The Board will take up campaigns to create awareness among the masses and, in particular, among the Muslims, as how the present government, under the garb of Instant Talaq bill (Muslim Women (Protection of Rights on Marriage) Bill, 2017 (Triple Talaq Bill), wants to put restrictions on the Muslims. The present environment in the country reminds us that at all costs, we must remain united, ignore our minor differences and adopt the path of moderation and through our writings, words and deeds; we must create unity and peace in the country. The 26th plenary concluded with the dua of the AIMPLB president.