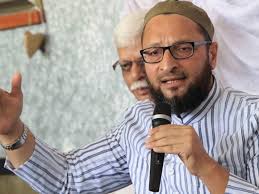 Hyderabad, Jan.8 (PMI): In view of the AIMIM public meeting being held on January 10 at Shastripuram under the limits of Rajendranagar Traffic Police Station in Cyberabad from 12.30 pm to 4pm, the following traffic advisory is issued for the convenience of the general public as well as those intending to attend the public meeting.
Aramghar crossroads: Vehicular Traffic coming from Shamshabad, Katedan side will not be allowed towards Bahadurpura and Zoo Park road and diverted towards Mehdipatnam and Chendrayangutta side.