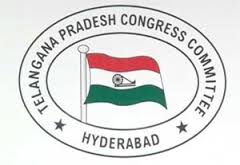 Agriculture Award for KCR is A Millennium Joke: TPCC

Hyderabad : Stating that National Agriculture Leadership Award 2017 for the Chief Minister K Chandrasekhar Rao was a “millennium joke’, TPCC has asked Award Committee chairman Swaminathan to come for Telangana state and talk to farmers on their problems then he knows the what was ground reality was prevailing in Telangana state.

Speaking to the media here on Sunday, TPCC Chief Official Spokesperson Dasoju Sravan said that the credit of destroying agriculture goes to KCR. He asked KCR to tell whether he would take award saying that he waived off loan at one go or for not consoling the farmers committee suicides or for not providing minimum support price to the farmers’ produce or for not controlling spurious seeds in the state or for handcuffing the farmers at Khammam. He demanded KCR to take the award only after answering to his questions. He said that the award was giving a private company and it ridiculous on the part of Governor for congratulating the Chief Minister in this regard. Alleging that the award was giving by seed companies’ broker, Sravan revealed that the government firm was not giving this award. He said that he would address a letter to Swaminathan on the prevailing condition of farmers in the state.