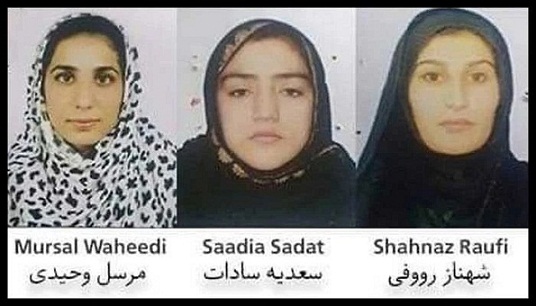 KABUL/ JALALABAD/ ISLAMABAD: Afghanistan remained in shock and outrage erupted Wednesday after funerals were held for the three Shia women 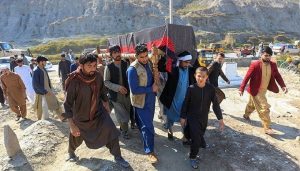 journalists assassinated a day earlier here in the country’s eastern city, with international rights and journalist bodies called for a probe into the murders.

Journalists, activists, and judges have recently been ambushed by armed assailants or killed by explosives attached to their vehicles as surging insurgent violence forced many into hiding with some leaving Afghanistan as peace talks stall.

The killings have escalated since peace talks began last year between the Afghan government and the Taliban, sparking fears that the insurgents are eliminating perceived opponents as negotiations stall.

The three women were shot and killed in two separate attacks just 10 minutes apart after they left the Enikass TV station on Tuesday in what one colleague described as an orchestrated hit. 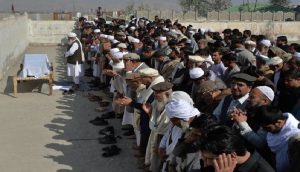 Friends and family gathered at the women’s funerals in Jalalabad where men took turns digging fresh graves with a shovel as others pleaded for an end to the deaths.

Rohan Sadat described his sister Sadia Sadat as “shy but active” who was also passionate about fighting for women’s rights and had planned to attend university and study law. 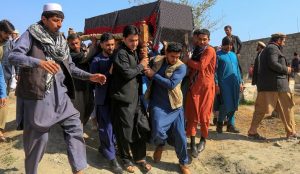 “We have buried her with all her hopes here,” Sadat told media.

Another colleague at Enikass TV, who spoke on the condition of anonymity, said the station was reeling from the murders, saying the three victims were like “family”.

“Three innocent girls were shot dead in the daylight in the middle of the city. Nobody is safe anymore,” said the colleague.

In December, another female employee working for EnikassTV was murdered in Jalalabad in similar circumstances.

Anger also simmered online with social media users lashing out over the latest killings. “It seems this war is not for Islam, it is just for power through spreading fear and terrorism,” wrote Ghani Khan. 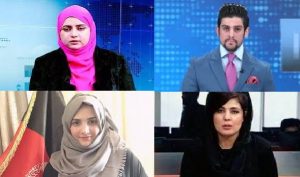 “These girls were working to help their families. They were not [at] war with the Taliban. They were poor, they just worked to feed their family,” said Rauf Afghan.

Afghanistan has long been ranked as one of the most dangerous countries in the world for journalists.

At least nine media workers have been killed since peace talks with the Taliban started in September, according to the Afghan Journalists Safety Committee (AJSC).

US officials have blamed the Taliban for the wave of violence, while the Kabul government said the insurgents routinely hide behind Daesh claims to cover their tracks.

The Taliban have denied the charges. 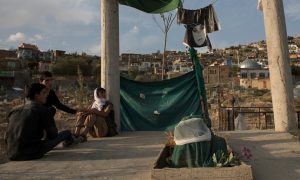 The assassinations have been acutely felt by women, whose rights were crushed under the Taliban’s five-year rule, including being banned from working.

Intelligence officials have previously linked the renewed threat against women professionals to demands at the peace talks for their rights to be protected.

Many of the targeted hits are believed to take months of careful planning to catch officials off guard and are increasingly more sophisticated than the formerly-favored suicide bomb used by extremists.

Condemnations from across the world

The AJSC “strongly” condemned the three journalists’ assassination in the double shooting in Jalalabad and “express(ed) its condolences & grief to the family & friends of these martyrs”.

The journalists’ body called upon Afghanistan’s government to conduct an 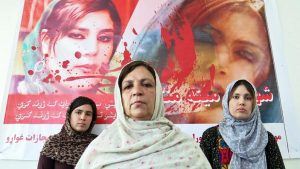 investigation into the murders, saying it was “actively pursuing murder cases of #journalists with the #Afghan government”. Expressing concern over “the current approach of security agencies towards investigating these incidents”, it demanded a change in the process.

The United Nations in its statement called for the international community to “act now, quickly and decisively”.

“I have called for a standing independent mechanism which will focus on investigating killings of journalists and defenders and identify avenues for accountability,” UN Special Rapporteur on Extra-Judicial Executions Agnes Callamard wrote on Twitter. 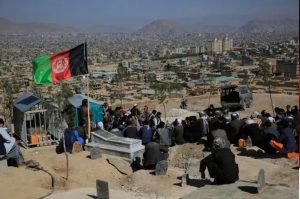 The killings come as the US special envoy to Afghanistan Zalmay Khalilzad returned to Kabul this week for meetings with Afghan leaders, in a bid to revive a flagging peace process as violence soars across the country and a deadline for US troop withdrawal draws closer.

The accord states that the US will withdraw all troops from Afghanistan by May, with the Taliban promising not to allow the territory to be used by terrorists.

Speculation is rife over America’s future in Afghanistan after the White House announced plans to review the withdrawal deal brokered by Khalilzad and the Taliban.