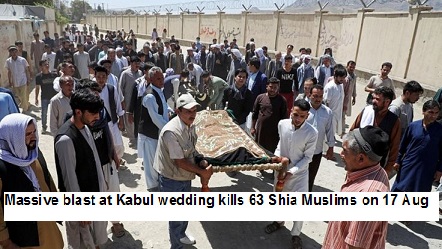 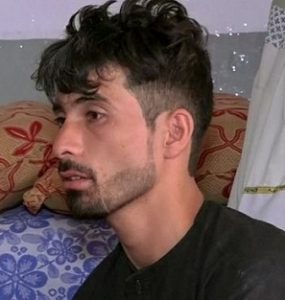 KABUL/ ISLAMABAD: The bridegroom whose wedding was targeted by a suicide bomber in the Afghan capital Kabul says he has “lost hope” after the deadly attack.

In a TV interview, Mirwais Elmi said his bride survived but his brother and other relatives were among the 63 people killed in Saturday’s attack.

The Islamic State (IS) group has admitted carrying out the bombing, which also wounded more than 180.

He blamed the Taliban for “providing a platform to terrorists”. The Taliban, who are engaged in peace talks with the US, condemned the attack. 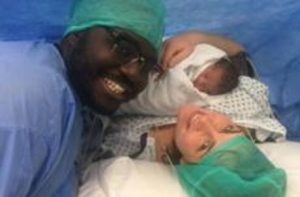 In the interview with Tolo News, Mirwais Elmi recalled greeting smiling guests in the packed wedding hall only to see their bodies carried out hours later.

“My family, my bride are in shock, they cannot even speak. My bride keeps fainting,” he said.

“I’ve lost hope. I lost my brother, I lost my friends, I lost my relatives. I will never see happiness in my life again.

“I can’t go to the funerals, I feel very weak … I know that this won’t be the last suffering for Afghans, the suffering will continue,” he added.

The bride’s father told Afghan media that 14 members of his family had died in the attack.

Despite the ongoing talks to try and end the 18-year US war, civilians across Afghanistan continue to suffer a tremendous toll. 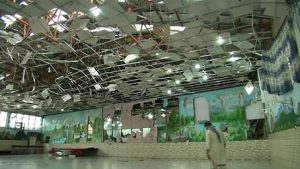 The latest attack underscores how difficult the path to peace in Afghanistan will be: IS, who have a presence in eastern and northern Afghanistan and are fighting against both the government and US-led international forces, are not part of the talks.

An IS statement said that one of its fighters blew himself up at a “large gathering” while others “detonated a parked explosives-laden vehicle” when emergency services arrived.

The attack took place in a district populated mainly by Shia Muslims.

Sunni Muslim militants, including the Taliban and the Islamic State group, have repeatedly targeted Shia Hazara minorities in Afghanistan and Pakistan.

Speaking from a hospital bed, wedding guest Munir Ahmad, 23, said his cousin was among the dead. 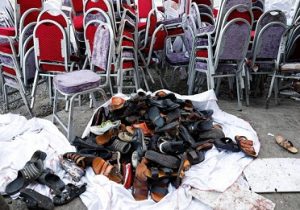 “The wedding guests were dancing and celebrating when the blast happened,” he told AFP news agency.

“Following the explosion, there was total chaos. Everyone was screaming and crying for their loved ones.”

Afghan weddings often take place in large halls where men are segregated from the women and children.

What reaction has there been?

Writing on Twitter, President Ghani said he had called a security meeting to “review and prevent such security lapses.”

Afghanistan’s chief executive, Abdullah Abdullah, described it as a “crime against humanity” and the US ambassador to Afghanistan, John Bass, called it an act of “extreme depravity”. 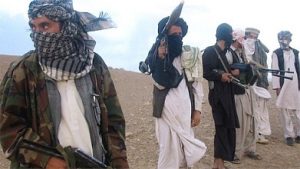 A Taliban spokesman said the group “strongly condemned” the attack.

“There is no justification for such deliberate and brutal killings and targeting of women and children,” Zabiullah Mujaheed said in a text message to the media.

How are Afghan peace talks progressing?

Taliban and US representatives have been holding talks in Qatar’s capital, Doha, and both sides have reported progress.

On Sunday, US President Donald Trump told reporters in New Jersey that the negotiations were going well. 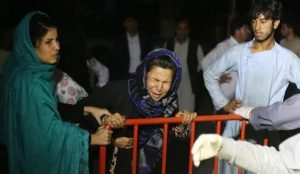 The US has about 14,000 troops in Afghanistan and is part of a Nato mission there. Since the start of his presidency Trump has said he wants to pull the US troops out.

The deal would include a phased US troop pullout in exchange for Taliban guarantees that Afghanistan will not be used by extremist groups to attack US targets.

The Taliban would also begin negotiations with an Afghan delegation on a framework for peace including an eventual ceasefire. The militants have been refusing to negotiate with the Afghan government until a timetable for the US withdrawal is agreed upon.

The Taliban now control more territory than at any point since they were forced from power in 2001.

Yesterday, a bomb rips through a wedding reception in Kabul, where members of the minority Shia Muslim community were celebrating.

An explosion has ripped through a wedding hall in the Afghan capital Kabul, where members of the minority Shia Muslims community were celebrating. 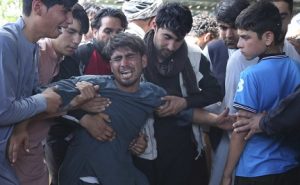 As many as 63 Shia Muslims killed and over 182 injured, a local hospital has said.

There was no immediate claim of responsibility for the blast, which went off Saturday evening in the men’s reception area at the Dubai City wedding hall in western Kabul.

“Unfortunately, the blast caused civilian casualties,” ministry spokesman Nasrat Rahimi said. He put the number of wounded in the tens and said details were being gathered.

Rahimi said the blast occurred around 10:40 pm (18:10 GMT). He shared on Facebook photos showing several bodies inside a dining area.

“Devastated by the news of a suicide attack inside a wedding hall in Kabul,” Sediq Seddiqi, spokesman for President Ashraf Ghani, said in a Twitter post.

“A heinous crime against our people; how is it possible to train a human and ask him to go and blow himself (up) inside a wedding?!!” 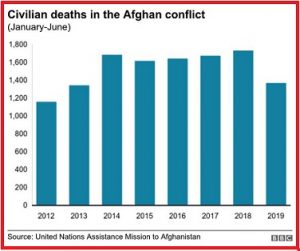 Armed individuals and groups have periodically struck Afghan weddings, which are seen as “soft” targets with minimal security precautions.

Saturday’s explosion shattered more than a week of calm in the Afghan capital.

Ten days ago, a Taliban car bomb aimed at Afghan security forces ripped through a busy west Kabul neighborhood in the same district, killing 14 people and wounding 145. Most were civilians.

That blast and the one that happened on Saturday occurred on the same road. 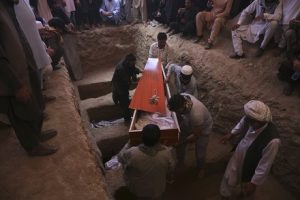 69 girls and women have either killed or kidnapped in Pakistan during the last one and half year but none of one case was reported or published in local or national media because of strict restriction of government while the said media group also claims that the incidents of target killing of men and women, enforced missing, kidnapping, torturing, abusing and force to leave the country have not only remained on its highest peak but the ratio of these incidents was recorded the double of the total incidents occurred in Afghanistan, Syria and Yemen that’s why Pakistan has declared as most dangerous country for Shia Muslims.

The blast comes at a greatly uncertain time in Afghanistan as the US and the Taliban near a deal to end a nearly 18-year war, America’s longest conflict. (Int’l News Desk)